Survey focuses on the government’s priority on labour-intensive employment and a greater reliance on reforms in agri-business and export segments.

Addressing the concerns of a chronic economic slowdown warrants a comprehensive fiscal reform approach that is sound on accounting details and has a coherent long-term vision.

Both the Economic Survey and the Union Budget seek to do this. The Survey released on Friday tries to articulate a long-term economic vision by focusing the government’s priority on labour-intensive employment and a greater reliance on reforms in agri-business and export segments.

The Survey talked about ‘Assemble in India’, a new vision to spur the ‘Make in India’ scheme. The Budget ought to address four key areas to handle a demand-driven slowdown and boost spending among all stakeholders in the economy as a first step towards realising the Survey’s ambitious goals. The need to focus on consumption demand, especially amongst lower- and middle-income groups and, in-turn, to give substantive opportunities to the industrial sector for higher investment and job-creation, is critical, as per the Survey. 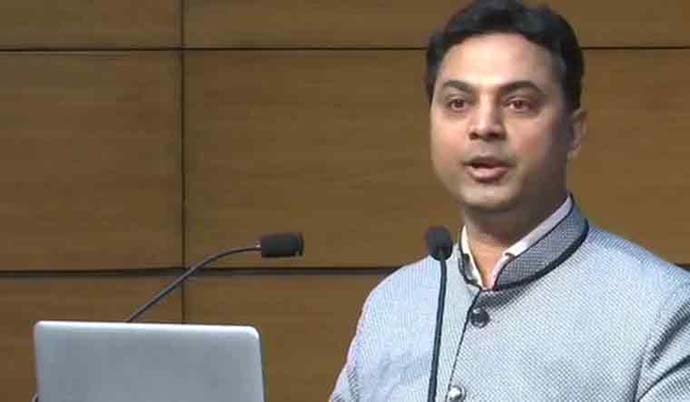 The Finance Ministry’s decision to cut corporate tax rate recently hasn’t yielded a positive boost so far to overall industrial production. In sectors like construction, most firms are currently choked with higher tranches of debt, or are otherwise unwilling to invest long-term capital due to low consumer demand. To address this, a two front fiscal approach may help. First, on the consumer end, marginally cutting personal income tax or boosting tax exemption limits for new home loan earners can spur consumer demand, also helping the case of real estate firms in turn. Second, on the producer end, fiscal incentives through direct and indirect tax exemption on the production and distribution of certain commodities to incentivise larger production can help to boost spending in the short term.

In sectors like real estate, steps to fiscally support existing infraprojects instead of creating a space for new investments may prove to be far more effective. The Survey rightly emphasises prioritising agri-focused reforms in irrigation and insurance networks for farmers’ income to increase substantively over time. Agri-incomes in recent years have come down to 3.1% of GDP as against being at 4.4% between 2002 and 2011. Its output has been more or less the same for two decades.

The Union finance minister can, for one, expand the PM Kisan Yojana’s ambit to bring more farmers under direct income transfer assuming that outlays promptly translate into outcomes and disbursements are ensured in the shortest span of time to increase rural consumption. Encouraging growth and expansion of Farmer Producer Organisations (FPOs) is another critical measure that needs attention. Substituting agri-based subsidies with beneficiary-based direct transfers can be another major step.

A robust ‘farm-to-factory’ supply channel is vital for the manufacturing sector to also benefit from rise in production of agri-based commodities. India’s significant leverage in domestic production has been in its cooperative style of business across states. A targeted fiscal promotion for development of ‘Commodity-based Cooperatives’ (CBCs) to encourage small- and medium-scale cooperatives could provide a ‘self-sufficient’ environment for food, clothing and financial needs for almost 1.3 billion people. It can also add great export value for India’s expansion in regional and neighbouring export markets.

Indian export potential has remained high in the textile and clothing segment. But supplyside bottlenecks have inhibited its rise. The Survey sees India’s possibility to integrate better in the global trade market, given the opportunity made available from a conflicted US-China and US-Europe trade relationship. A more explicit focus, through fiscal policy interventions and creation of better connected trading zones, can boost exports by generating higher employment for workers.

Educated youth, mostly women, in both rural and urban areas, are the worst affected by the current unemployment and unemployability crisis. The Survey ambitiously targets the creation of 4 crore jobs by 2025 and 8 crore jobs by 2030.

For this, the government needs a comprehensive fiscal plan to incentivise labour-intensive sectors and other areas where workforce participation for women can be enhanced significantly. A Budget-sponsored signal promoting women’s safety and mobility will be a huge boost for overall economic productivity and also act as a catalyst for employers to hire more women in sectors where their work participation has stayed low.

It is important to increase the number of working-women hostels and promote exclusive transport for working women across urban spaces. This can be achieved through a Union-funded budget scheme.

Addressing these four areas of critical concern through a focused fiscal approach can catalyse a short- to medium-term recovery process for the economy and crowd-in a wave of economic optimism for all stakeholders, while making some of the goals outlined in the Survey more realisable.

Also read: Economic Survey 2019: How the medium of PM Modi's messaging found a special mention in the CEA's report

Post your comment
#Budget 2020, #Job Creation, #Unemployment in India, #Economic survey 2020
The views and opinions expressed in this article are those of the authors and do not necessarily reflect the official policy or position of DailyO.in or the India Today Group. The writers are solely responsible for any claims arising out of the contents of this article.