Why neither eBay deal, nor Snapdeal merger will save Flipkart

There is so little to gain and so much to lose for the e-commerce website.

Sheer desperation of a likely loser, and the anxiety of enormous cash burn, have driven Flipkart into two incredibly bad M&A deals: Monday’s announcement of acquisition of eBay India as part of a $1.4 billion funding round from Tencent Holdings, Microsoft and eBay; and, the ongoing discussion with Snapdeal for a probable acquisition/merger.

The twin acquisitions may be able to help Flipkart retain its number one status among Indian e-tailers. But, only just. At best, it’s a temporary reprieve in the face of a marauding rival like Amazon which has been nipping at Flipkart’s heels and has already taken the mindshare (if not market share) in this bitter rivalry. Amazon has consistently outwitted, out-smarted and outmaneuvered every other e-tailer in the domestic market through some genuine groundwork in seller and buyer acquisition via customer centricity.

Companies typically acquire or merge with rivals for a few common reasons, very few of which apply to the Flipkart-eBay deal and the Flipkart-Snapdeal discussion.

Flipkart’s previous acquisitions of Myntra and Jabong seemed logical because they  allowed Flipkart to get majorly into fashion retail - a great weakness since its inception. But acquisition of horizontal players eBay.in and Snapdeal do not bring that advantage to the table because in horizontal retail (where the e-tailer sells products across several categories) Flipkart is already a far stronger brand than both of these. Typically, post-merger the weaker brands become unsustainable and have to be shut down because of the enormous cost of maintaining such brands independently.

Acquire a customer base

Flipkart’s own customer base is already substantially larger—more than double--than Snapdeal’s, and several multiples that of eBay India’s. Acquiring them doesn’t provide Flipkart with exclusive customer base because most likely any eBay or Snapdeal customer is already a Flipkart shopper. There are, after all, barely 60-odd million online shoppers in India.

Just like Flipkart, which is burning $40-50 million every month, both eBay and Snapdeal are broken businesses. Snapdeal’s parent Jasper Infotech reported a net loss of Rs 2,960 crore in 2015-16 on a top line of Rs 1,456 crore (losing Rs 2 for every Re1 of sales) while eBay lost Rs 172 crore on sales of Rs 132 crore in 2014-15, as per its last financial report to the registrar of companies.  Tragically, though eBay was the earliest to spot the India opportunity, it lost the plot in Indian e-tail long back. 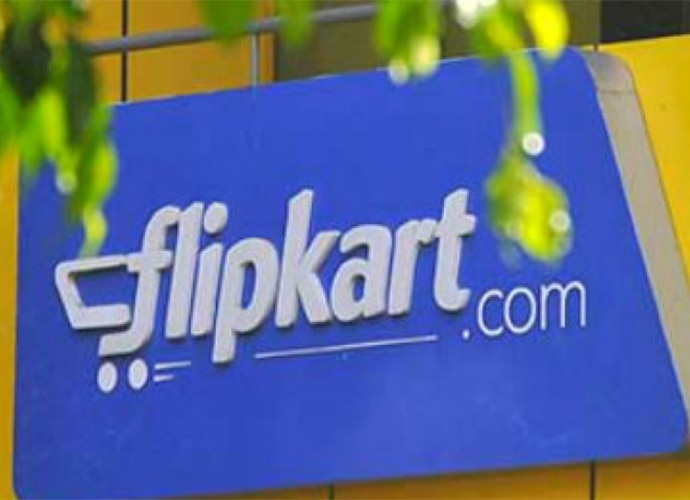 It neither had the promptness of Flipkart, nor the customer focus of Amazon. Besides, it never believed in the speed of delivery of product to the customer. As Flipkart and others gained ground, eBay was relegated to a peripheral e-tailer.

Interestingly, neither Snapdeal nor eBay have anything to offer that Flipkart already doesn’t have. It isn’t surprising then that the deals are largely driven by investors who are putting together two weak entities in the hope that they will be stronger as a consolidated entity.

And while Flipkart had targeted halving its monthly burn to just $20 million, post-merger the burn rate is likely to increase rather than reduce. Remember, Snapdeal is also burning $40-50 million a month while in 2014-15 eBay lost nearly $25 million, which is likely to have accelerated in 2015-16 (whose financials eBay hasn’t yet submitted to the RoC).

The biggest advantage of such M&As is that they eliminate competition and the acquirer can then hope for a free run in the marketplace. That, however, is not the case here. Not only will Flipkart have to deal with cannibalisation of business post-merger, but Amazon continues to be a formidable rival. Last year, it lost Rs 3,572 crore on revenue of Rs 2,217 crore, indicating that it will continue to bleed itself and its rivals through some deep pockets in the fight for a piece of India’s fast-growing e-tail pie.

Also, another emerging rival Alibaba (Tencent’s biggest rival in China) has already done the groundwork in the Indian market via Noida-based Paytm. Not to forget that Shopclues is also likely to gain at the expense of any cannibalisation of the Flipkart-eBay-Snapdeal combine.

It isn't clear yet how much of eBay and Snapdeal's accumulated losses Flipkart will have to absorb. But it would be naive to believe that all of the $1.4 billion will fall into its kitty.

There is so little to gain and so much to lose for Flipkart that it is almost unbelievable that it is in discussion to acquire Snapdeal. For the moment, it appears to be a desperate attempt at keeping its nose ahead in ‘marketshare’, come what may.

Also read - How to tell the India story

#Ebay, #Snapdeal, #Flipkart, #E-commerce
The views and opinions expressed in this article are those of the authors and do not necessarily reflect the official policy or position of DailyO.in or the India Today Group. The writers are solely responsible for any claims arising out of the contents of this article.