A nasty, high-profile divorce leads to Sotheby's most expensive art sale ever. For $922 mn

Sotheby's held its highest-priced auction in its history, thanks to a high-profile divorce between Harry & Linda Macklowe. Here are 16 of the 65 prized art pieces that bidders fought to get their hands on.

The last 6 months have been monumental for the art auction house Sotheby's, as it knocked off its own record of auctioning most expensive art sale ever at USD 922 million. Sotheby's has been busy handling attention from art lovers all over the globe, thanks to the high-profile divorce of the Macklowes.

Harry and Linda Macklowe are a high-profile couple from New York who got a divorce in 2016. 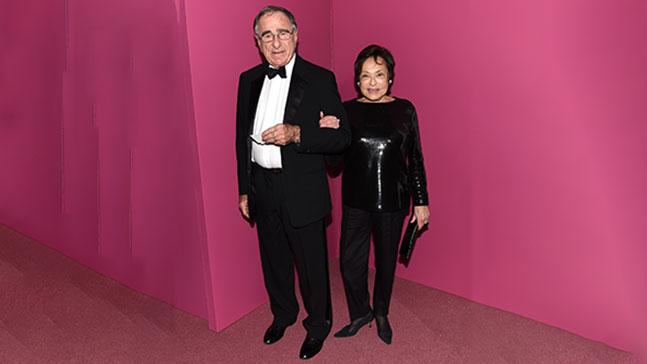 If you are an art fanatic or have seen New York's tall skyscrapers, you might have have heard of Harry Macklowe from New York. Harry is a real-estate billionaire. Like many rich folks, he and his wife invested in many art pieces over their 57 years of marriage. But when they got a divorce, the court ordered the paintings to be auctioned off and the amount to be split between the two.

As they say, someone's loss is another's gain.

WHAT IS SOTHEBY'S DOING IN A DIVORCE CASE?

Thanks to a 2018 court order, art lovers around the world got a once-in-a-lifetime opportunity to get their hands on the priceless collection of the Macklowes, that was meticulously curated by Linda Macklowe. The couple had curated about 65 art pieces in total which were to be sold through Sotheby's.

Unveiling The Macklowe Collection - the greatest collection of Modern & Contemporary Art ever to appear at auction. 65 iconic masterpieces will be offered in two stand-alone auctions in November 2021 & May 2022. https://t.co/4OaVdsRPMm #TheMackloweCollection pic.twitter.com/49lDGZm8P0

Sotheby's had initially estimated the paintings to be worth $700 million. That is about Rs 5,424 crore.

The first part of the auction made record sales, as all 35 paintings of the first lot were sold for a total of $676 million (about Rs 5,236 crore).

#TheMackloweCollection achieves a total of $922.2 million, becoming the most valuable collection ever sold at auction. Learn more: https://t.co/4Bxob3oMz1 pic.twitter.com/BG3bCNjWt1

SO WHAT KIND OF ART DID BIDDERS GET THEIR HANDS ON?

Of the 65 art pieces, here are some of the most popular ones the bidders fought hard to get hold of.

At @Sothebys for the second half of the Macklowe sale! The first auction in November brought in $676 million. Tonight’s sum estimated to be ~$200 million, which would make the Macklowe hoard the most expensive art collection ever sold at auction. pic.twitter.com/mPBgVOJG1E

#AuctionUpdate: Dating from the height of Andy Warhol’s career, ‘Sixteen Jackies’ from 1964 sells to applause for $33.9M, exceeding its $20M high estimate. pic.twitter.com/TYR8GyO4Pj

#AuctionUpdate: Mark Rothko’s 1951 masterpiece ‘No.7’ sells for $82.5M - the second-highest price for a work by the artist. pic.twitter.com/ERoq4gQIpK

#Sotheby'sexpensiveauction, #Sotheby's, #Auctionupdate, #Artauction
The views and opinions expressed in this article are those of the authors and do not necessarily reflect the official policy or position of DailyO.in or the India Today Group. The writers are solely responsible for any claims arising out of the contents of this article.