Economics is often over-simplified to suit the needs of politics. Here's what the so-called experts won't tell you.

Over the last few months, the Indian rupee (INR) has fallen more than 10 per cent in value against the US dollar (USD), stirring a nation-wide debate that is no longer limited to trading pits and jargon laden financial newspapers, but has found their way to the dinner tables of ordinary Indians.

Battle lines have been drawn on social media and WhatsApp groups where those with allegiance to the ruling party are either dismissing the impact of this depreciation or blaming it on the policies of the erstwhile government, while those outside the government are calling it proof of the government’s failed economic policy.

It’s no surprise that “experts” from both sides of the political spectrum are rushing in to gain or save political capital, given that significant elections due in the coming months. This article is an attempt to present an objective discussion on the currency and address some commonly thrown myths so that they don’t clout the judgment of the voters in a key election.

Myth I: Stronger the currency, better the economy

One could be forgiven for thinking that a USD-INR exchange rate of 70 implies that the US economy is seventy times stronger than the Indian economy — nothing could be further from the truth. One British Pound can be exchanged for approximately $1.30 — but the UK economy is not doing even half as well as the US economy! 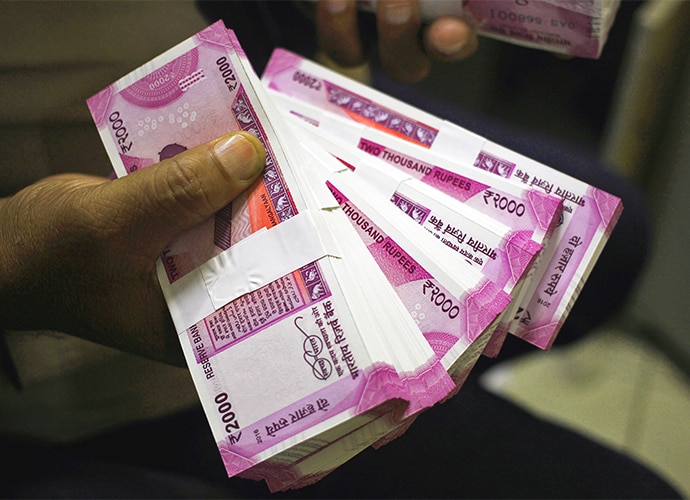 Does the USD-INR exchange rate of 70 implies US economy is 70times stronger than Indian? Nothing could be further from the truth. (Photo: Reuters)

While a strong economy does attract capital flows which ultimately result in a stronger currency, the absolute positioning of the nominal rate (70, in this example) is more a function of stock of money supply than the strength of an economy. Tomorrow if the government decided to issue a new currency named INX, and 150 worth of old INR notes were to be equal to INX1, we would have an exchange rate of INX1 = $2 approximately. Would that imply that India became a stronger economy overnight?

Myth II: A weak currency is good because it increases exports and reduces imports

This seems like a rather logical notion. After all, the law of demand states that that the demand for goods increases with a fall in prices. Hence, since a weaker currency makes goods produced in India cheaper and goods produced abroad more expensive, it would encourage foreigners to buy more Indian goods and at the same time, deter Indians from importing foreign goods. This should result in larger domestic production or job creation. The pull of this theory is so strong, that politicians (and even some economists) across the world can be found calling for a weaker currency.

People, however, forget an important addendum to the law of demand —price elasticity. Consider this — would all the products on sale in a supermarket see a uniform surge in demand if a 10 per cent discount was offered on the price?

Some goods which can be classified as “luxury/non-essential goods”, like toys or watches etc. could sell more; but necessities like medicines, would not see any meaningful change in demand. Therefore, the increase in revenue from the additional sale of toys might not exceed the lost revenue on the sale of medicines.

Similarly, the trade balance of a country would improve with a devaluation of the currency, if its exports and imports are both highly price elastic in nature.

That’s not so much the case with India because a large part of imports are goods like crude oil — which manifest low price elasticity. Therefore, blindly asserting that falling INR is good for trade is not advisable.

Myth III: It’s only BJPs/Congress/US’s fault that the currency is weak

A slump this large is usually a result of a host of ingredients, some of which are domestic and some international. Now, we can’t do anything about a roaring US economy on the back of President Trump’s tax cuts, or the prospects of an aggressive Fed, or the emerging market risks in Indonesia, Turkey and Argentina, or the trade war with China –all of which increased the demand for US assets. Therefore, it makes sense to focus on what we could have done.

In the short run, two factors, more than anything else, help shield a currency from these crippling episodes of sudden and excessive depreciation:

First, is to have an independent central bank that can be trusted with making the necessary interest rate adjustments to keep inflation in check and also with maintaining enough foreign exchange reserves to meet the demand for other currencies stemming out of imports or maturity of external debt.

Second, is to have political stability and a government committed to maintaining fiscal discipline. Economics is often over-simplified to suit the needs of politics. (Photo: Reuters)

While there is some red in India’s ledger when it comes to trade and fiscal deficit, the breach is not large enough to cause panic; which is why the hit to INR has been less brutal when compared to the hit to other currencies. But this is no time to be complacent. This episode, should not only remind us of the significance of letting the RBI operate with autonomy and of not indulging in excesses in an election year, but also direct our attention to the underlying structural issues plaguing our economy, which would keep us behind the eight ball if left unresolved. Three of these issues are discussed below:

Now none of these issues stem necessarily from policies designed in the last four years — so no, it’s not the BJP’s fault! Having said that, where the BJP needs reprimanding is that they have failed to do anything about any of these either yet, and it barely seems to be on their agenda for the coming term. When not concocting disastrous policies like demonetisation, this government has been occupied with fancy slogans like Digital India and Make in India, which has left these issues untouched.

To summarise, some of the policies adopted (and not adopted) by the Congress have resulted in structural issues that not only limit our growth, but also expose us to changing international dynamics. But, instead of focusing entirely on the past, it would be better if we focused on what the present plans to do to solve these problems, now, and in the future.

Economics is often over-simplified to suit the needs of politics, not only because black and white “facts” are easier to sell to the gullible junta, but also because no one gets paid the big bucks to come on TV and say — it’s neither as good nor as bad as you might think it is, and both parties are to blame. Yet, the devil is always in the details, the little things, and it’s these little things that we must keep in mind when exercising our right to vote.

#Economics, #Foreign exchange, #Currency, #Indian rupee
The views and opinions expressed in this article are those of the authors and do not necessarily reflect the official policy or position of DailyO.in or the India Today Group. The writers are solely responsible for any claims arising out of the contents of this article.