The extradition of Mehul Choksi: Why, despite India trying hard, it's a tough battle

Apart from investigative agencies, India is using diplomatic efforts to nab the diamantaire. But he is well-protected.

On July 30, the Indian high commissioner to Guyana, V Mahalingam, visited the twin island country of Antigua and Barbuda for the third time to personally hand over the second extradition request against absconding diamantaire Mehul Choksi. Mahalingam met top representatives of the Antiguan government, including the Prime Minister, Antigua Gaston Browne.

For those who don’t follow cases involving extradition procedures and multiple jurisdictions regularly, it’s not a usual affair for a high commissioner to meet a head of another state and hand over an extradition request in a closed door meeting — usually, these matters are handled between ministries at a bureaucratic level.

Since then, the request for Choksi’s extradition has been pending with the office of the director of public prosecutor of Antigua. Even a request by Indian agencies to issue an Interpol Red Corner Notice against Choksi has not yielded results.

As of now, Mehul Choksi is the only absconding major player in the Punjab National Bank fraud case who doesn’t have an Interpol notice against his name, and the road to his extradition is going to be extremely tough for the Indian agencies.

Learning from Mallya: The legal team representing Mehul Choksi has already made its representation before the Interpol, which has ensured that Choksi escapes a Red Corner Notice, despite a hard case put forward by Indian authorities. Among other arguments, Choksi’s legal team has picked a few leaves straight out of Vijay Mallya’s books, where he had cited the poor condition of Indian jails, the alleged political motivation behind the charges and forceful seizure of assets as a defence argument. Mehul Choksi seems to have borrowed a few tricks on how to escape extradition from Vijay Mallya. (Photo: Reuters/file)

Local laws: Choksi has even filed a preemptive petition before a court in Antigua and Barbuda. This makes sure that even if the Antiguan government agrees to extradite him, Choksi could take legal recourse under local laws.

Antigua and Barbuda’s economic concerns: A member of Choksi’s legal team recently told India Today that they have been assured that the government of Antigua would not take any adverse decision in this case. This confidence comes from the economic structure of Antigua and Barbuda. A large part of country's GDP relies on the investment made by foreign investors under Citizenship by Investment program. Mehul Choksi used the same scheme to get citizenship of the Caribbean island nation. If the Antiguan government doesn’t appear to be protecting such investors, it will send the wrong signals to other potential foreign investors, affecting the economy.

Choksi could flee Antigua too:  Choksi’s Antiguan passport makes sure that he can travel visa-free to 140 countries. In the absence of an Interpol Red Corner Notice, there is nothing that stops him from leaving Antigua at his will. This makes life more complicated for Indian agencies, considering that should a stage come where India convinces Antigua to deport Choksi, he may well fly out of there in time.

But all is not lost

The Indian government has realised the need for some out-of-the-box solutions in this case. While the Central Bureau of Investigation is trying hard to convince the Interpol to issue a Red Corner Notice against Choksi, diplomatic efforts are also on.

USA has a major influence on the Caribbean governments, and India could use its diplomatic proximity with Uncle Sam to convince the Antiguan government.

So, don’t be surprised if you see a business agreement between India and Antigua and Barbuda in the near future — diplomacy and business are never mutually exclusive.

Elephant in the room

Even if the Indian authorities somehow manage to cross all these obstacles, there is another catch. 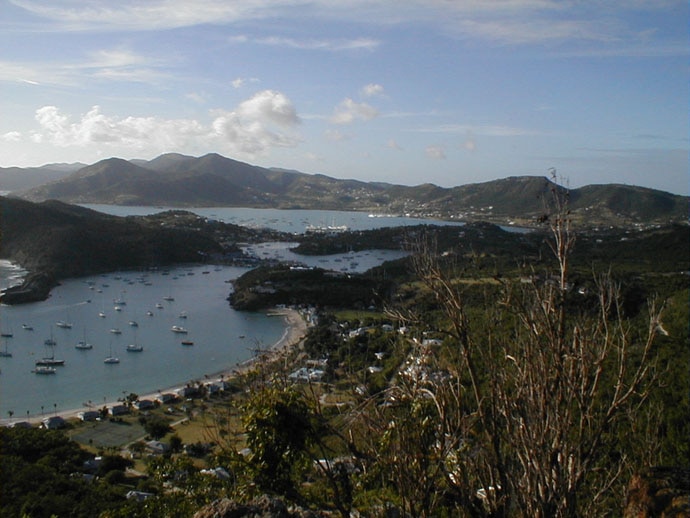 Consider this — Mehul Choksi landed at VC Bird International airport in Antigua for the first time on July 8. Prior to that, he had been staying in the US for seven months. Just 24 hours before Indian agencies officially approached the US authorities seeking his extradition, Choksi left the US and landed in Antigua. The obvious question here is: Was he tipped off, or was it just a lucky escape for Choksi?

The Indian authorities need to realise the existence of this big fat elephant in the room, and minimise chances for such ‘lucky escapes’ in the future. Moreover, the officials need to go beyond the conventional approach. Maybe it’s time for them to put themselves in Choksi’s shoes and preempt his next move.

Post your comment
#Antigua and barbuda, #Extradition, #PNB fraud, #Mehul Choksi
The views and opinions expressed in this article are those of the authors and do not necessarily reflect the official policy or position of DailyO.in or the India Today Group. The writers are solely responsible for any claims arising out of the contents of this article.