Continued addition to the ranks of unemployed will fuel resentment among youth who had voted overwhelmingly for the PM in 2014.

Large-scale employment generation is critical for both Prime Minister Narendra Modi’s electoral prospects in 2019 and rejuvenation of the economy. Continued addition to the ranks of unemployed or underemployed will fuel resentment among the youth who had voted overwhelmingly for Modi in 2014. The PM’s charisma, integrity and current high popularity may not suffice for overcoming widespread youth disillusionment if their rightful expectations and aspirations are persistently thwarted.

Rising employment will boost demand, which is a pre-condition for fresh private corporate investment. This is currently in negative territory and reversing this ominous trend is essential if GDP growth has to achieve the required 8-9 per cent trajectory. Hence, the centrality of generating large-scale employment for achieving the desired high rate of economic growth can hardly be overemphasised.

Generating large-scale employment is critical for both political and economic prospects for the Modi government. There is near-unanimous agreement on this score across senior officialdom. NITI Aayog is perhaps the only outlier. Its deputy chairperson has apparently argued that given the prevailing data weaknesses (reliable unemployment estimates being produced once in five years by the NSSO in its "thick rounds") and varying official estimates, a firm view cannot be taken on the state of unemployment in the country!

This may be the reason for which the CEO of NITI Aayog, otherwise pronouncing on all kind of issues, is relatively silent on this critical issue. If the recurring news on thousands of applicants for handful of government jobs and on-going lay-offs is not sufficient evidence, one wonders what additionally is required for NITI Aayog to get its act together on this critical issue. 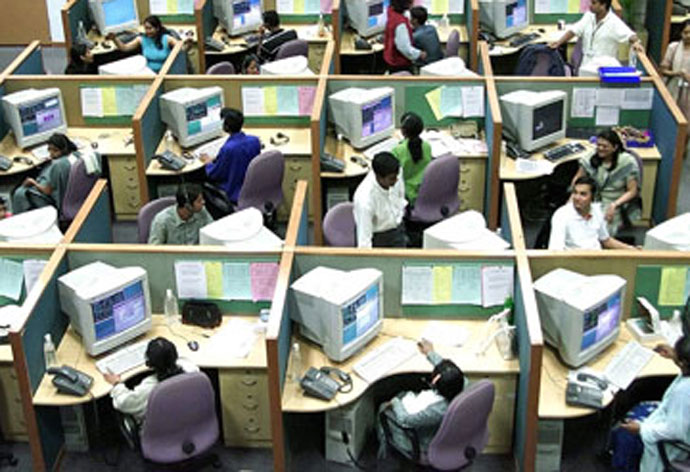 Large-scale employment generation is critical for both Prime Minister Narendra Modi’s electoral prospects in 2019 and rejuvenation of the economy.

The near-unanimity is, however, accompanied with an admission of dearth of ideas for generating jobs urgently and in large numbers. It is implicitly argued that this is part of an economic cycle and it must be allowed to take its time to work its way out of the current trough.

In this regard, the first point to be noted is that precious 34 months have already been lost, waiting for the cycle to turn, during which the unemployment backlog has swollen further. Second, the rather mythical GDP growth estimates based on the new series that put the growth at higher than seven per cent is surely responsible for the false sense of "all is well." Nothing needs to be fixed.

Consequently, in his Budget speech, the finance minister did not have employment as one of the ten sub-sections. The term "jobs" was tucked away as the last word in the sentence on youth. Instead the need of the hour was to make this Budget predominantly and dramatically oriented to employment growth for giving the right message.

However, we still have 20 months for real action. In this time, three steps can be taken in a serious attempt to break the employment logjam. First, the 2017-18 Budget’s push for affordable housing must be further reinforced. The Union government must immediately call for a special meeting of the Inter-State Council to try and get all willing states on board for releasing surplus government land for affordable housing projects.

The Union government should earmark financial allocations for these projects and also rope in the World Bank and ADB for more resources. Necessary municipal clearance would also be secured by a specially appointed "Mission" in the PMO, which will also closely monitor the programme.

Following the successful Gujarat model, actual construction would be handed over to reputed private operators on the basis of an accelerated tender process. This will focus on three conditions, viz, time taken, quality of construction (to be certified by a civil society organisation) and costs, in that order.

Second, the government must boldly permit FDI in multi-brand retail and also remove the present distortionary controls over FDI in e-commerce. All foreign retail houses should be welcome with the only condition — that they restrict the share of imported goods in their total sales to less than 20 per cent.

Finally, the government must bite the bullet and address the festering crisis of non-performing assets (NPAs) in public sector banks. These are now estimated at more than Rs 6 lakh crore and this has effectively frozen commercial credit flows from PSBs, which are otherwise flushed with liquidity following demonetisation.

Economic survey’s suggestion of a public sector asset recreating agency is full of problems and a non-starter. The only way forward is to draw a line under the profligate legacy of previous governments and not allow it to mortally strangle employment generating growth.

Therefore, instead of having been less than halved, the allocation for PSB recapitalisation should be quadrupled to `1,00,000. I am sure, with the necessary effort and ingenuity, ways can be found to raise the additional amount in the revised budget. This will hugely enthuse the investment and financial community.

Simultaneously, PSBs must be better incentivised to prevent a fresh round of build up of NPAs. These three measures can be implemented right away. Jobs will be generated and economic mood will perk up.

Most importantly, these will demonstrate to the unemployed youth that the Modi government is fully committed to empowering them.

#Jobs, #Unemployment, #Narendra Modi
The views and opinions expressed in this article are those of the authors and do not necessarily reflect the official policy or position of DailyO.in or the India Today Group. The writers are solely responsible for any claims arising out of the contents of this article.