How can it be a level playing field when Baba Ramdev gets undue backing from the government?

This might well be the last nail in the coffin for the fast-moving consumer goods (FMCG) sector that has already been reeling under the effects of demonetisation.

“The finding of I-T authorities that propagation of yoga by Patanjali Yogpeeth does not qualify as medical relief or imparting of education is not justified,” the ITAT stated in its order.

The order also made references to the 2006 amendment in the Income Tax Act under which " yoga"  was specifically inserted within the definition of "charitable purpose".

The tribunal also said: “Corpus donations are not taxable, even in circumstances where the trust is not eligible for I-T exemption."

The ruling skews the playing field in favour of one player and may result in monopolistic tendencies in the Indian market.

Not only does Baba Ramdev use his "yogic" credentials to sell everything from noodles to skinny jeans, his Yogpeeth is the peg on which his FMCG empire hangs, and his brand value pretty much rests. Ramdev's Yogpeeth, unlike a regular public charitable trust, is the portal to the yoga guru's consumer goods company worth several thousand crores. So, a tax break to Patanjali Yogpeeth is government largesse at its unethical and nepotistic worst.

With one company getting tax benefits, how can it be a level playing field? Moreover, it is no secret that demonetisation hurt major FMCG players badly including sector leaders such as Hindustan Unilever Ltd (HUL) and Nestle — two of the biggest names in the industry. It took a very toll on almost all companies in the December quarter. 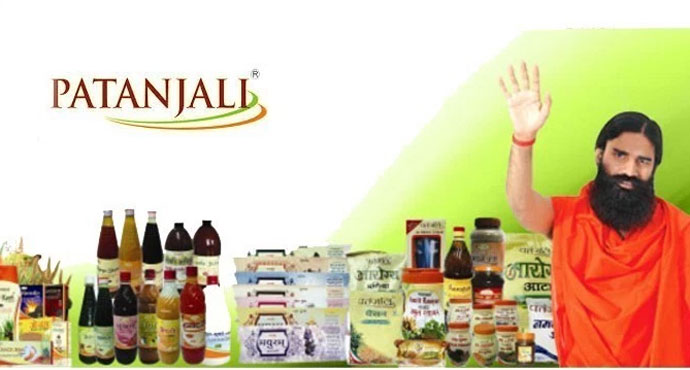 According to a Business Standard report, FMCG sales growth declined to 5.3 per cent in the December quarter, although it was going well in the first three quarters of 2016. Sales tanked in December, particularly in urban areas.

FMCG major Nestle has admitted that it took a hit of Rs 100 crore due to demonetisation and that the sector will need at least six months to overcome the impacts of "notebandi". Hindustan Unilever Ltd also experienced a decline of 4 per cent in volume.

On the other hand, Patanjali has seen a two-fold growth in revenue at Rs 5,000 crore in 2015–16. Patanjali’s Acharya Balkrishna has a net worth of $2.5 billion, according to Forbes. The company has approximately 30 products in the market, ranging from digestive biscuits to milk powder to fairness cream. With its aggressive pricing, Patanjali products have already made deep inroads into the profitability of other MNCs.

However, Ramdev’s Patanjali Ayurveda has been involved in quite a few controversies and making headlines for some wrong reasons.

In 2016, the company was found guilty of "misbranding and putting up misleading advertisements" of their products by an Uttarakhandcourt and was asked to pay fine. Samples of salt, mustard oil, pineapple jam, besan and honey had failed quality tests.

Earlier the same year, ASCI or the Advertising Standards Council of India hauled Patanjali for using "misleading" ad campaigns which disparage the products of competitors.

“We’ll cross Rs 10,000 crore by March 2017,” Baba Ramdev has claimed. Ramdev is a shrewd businessman, considered politically well-connected with the government of the day. Going by the support he is getting, the target is well-nigh achievable.

With the "full backing" of the government, the sky seems to be the only limit for Ramdev's Patanjali, which is out to decimate its competitors. But most importantly, why he is getting tax sops is anybody’s guess.

Also read: Why I will never use Ramdev's Patanjali products again

#Fmcg, #Patanjali
The views and opinions expressed in this article are those of the authors and do not necessarily reflect the official policy or position of DailyO.in or the India Today Group. The writers are solely responsible for any claims arising out of the contents of this article.