The total amount of NPA in the case of these 12 listed corporate defaulters is almost Rs 175,000 crore, but it's only a fraction of the actual amount.

The bad loan crisis is an epic malaise that has been allowed to fester for too long. According to official estimates, India has bad loan worth eight lakh crore borrowed from public sector banks, a substantial portion of which has been categorised as non-performing assets (NPAs).

With the Reserve Bank of India finally moving to resolve the bad loan crisis and having identified 12 accounts of corporate borrowers who have a debt of over Rs 5,000 crore each, it seems we are at last on the path to recovery. Though it’s important to mention here that calling out 12 NPA defaulters (but not naming them in public) is just the beginning of a long and protracted battle with corporates used to default wilfully rather than paying back.

The RBI has formed an Internal Advisory Committee (IAC) to look into the matter, which will involve deciding whether insolvency proceedings under the freshly enacted Insolvency and Bankruptcy Code, 2016 (IBC) should be initiated, or not. The total amount of NPA in the case of these 12 listed corporate defaulters is almost Rs 175,000 crore, and that is barely a fraction of the overall bad debt that the RBI and the PSU banks are dealing with. The current list of 12 forms about 25 per cent of the bad loans of the whole banking system.

According to the former RBI’s deputy governor, KC Chakrabarty, actual bad loans in the country amount to Rs 20 lakh crore, which is double the worst estimates that have been officially put out, with the NPAs forming only one-third of the amount, at about Rs 6-7 lakh crore. Chakrabarty had cautioned that for a real assessment of the situation, we need to include not just the declared bad loans, but also the restructured assets, written off loans and the bad loans that have not yet been recognised, or have gone intentionally unreported.

It’s interesting that the RBI firming up its battle for the bad loan recovery has come at a time when liquor baron and the owner of now defunct Kingfisher Airlines – Vijay Mallya – is facing a legal case against him for defrauding a consortium of 17 banks, including the State Bank of India, the IDBI, among others, of Rs 9,000 crores.

This public spectacle of a flamboyant corporate mogul being dragged to the court despite him fleeing to the United Kingdom last year, while making great headlines, is also acting as a pressure point for both the RBI as well as other and bigger defaulters to fall in line as far as the loan issue is concerned.

The current move by the RBI has come after it came to light that there has been a 56.4 per cent jump in NPAs of the banks, while bad loans have shot up by 135 per cent from Rs 261,843 crore in the last two years to Rs 614,872 crore at the end of December 2016. Another estimate says that the bad loan share would further increase by another Rs 2.6 lakh crore by the next year, making the situation far worse in the coming days and months. 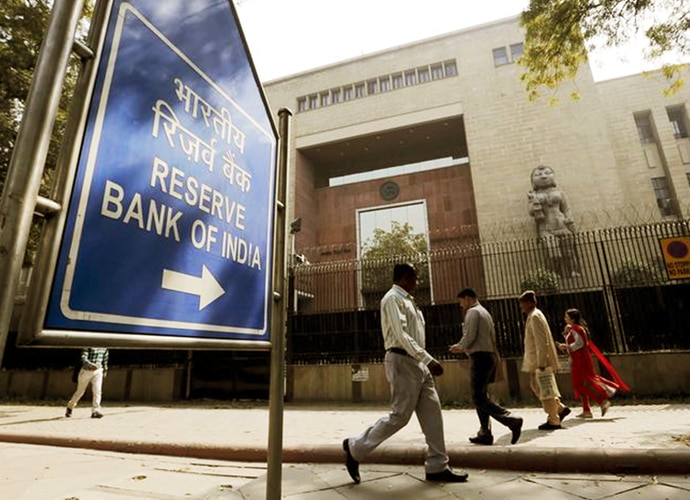 Moreover, the amount of so-far disclosed NPAs for PSU banks has actually overshot the market value of the banks themselves, thereby greatly weighing down on the banks’ capacity to lend any more. Hence, as in the Vijay Mallya case, banks are knocking on the court’s door to compel the wilful defaulters to pay up or face charges. The softer mechanisms of issuing moratoriums and orders from debt recovery tribunals have been lacklustre at best.

Little wonder then that despite the RBI finally showing some grit, the actual process of loan recovery would be a long haul of a process. The RBI’s move has come after the barrage of criticism it faced in the wake of the demonetisation diktat, which showcased it being caught completely off-guard, ill-prepared to deal with the acute paucity of liquid currency in the system, and hardly being able to print the new notes at the rate required to fill up the cash vacuum.

So, the decision to list the 12 NPA defaulters is of course a considered one, and an important first step towards starting the long-drawn process of fixing India’s bad loan crisis. The move against the NPA defaulters is certainly meant to inspire confidence among lenders and borrowers, who have acted within the scope of law, and have not given any reason to the banks that would worsen their credit history.

Of course, the PSU banks would need to approach the National Company Law Tribunal (NCLT) in these 12 instances, in order to chalk out a plan for repayment of loans in a time-bound manner, preferably under a year. However, because these corporate defaulters have enormous loans, over Rs 5,000 crore each, with 60 per cent already categorised as NPAs, liquidation of assets in order to recover the money might turn out to be a legal tangle fought over many years.

Moreover, NCLT is already overwrought with as many as 25,000 pending cases, which would take years for resolution. Similarly, various other tribunals such as the Debt Recovery Tribunal, Company Law Board, Board for Industrial and Financial Reconstruction, etc, have several thousands of cases pending with them.

And in the case of insolvency, as the banks take a big hit and settle for a fraction of loan recovery, it’s the government exchequer that becomes ultimately responsible to flush in enough money to keep the system breathing and healthy. Bad loans from the PSU banks are about the tax-payers’ money going down the drain, no matter what be the case.