Let's examine the tax benefits that the elderly actually got in the 2018 Budget.

Budget 2018 has made some changes in the income tax provisions applicable to senior citizens. While it is natural for any section of the society to always yearn for more, it will be appropriate to try and evaluate who all and how many out of all the senior citizen population stand to benefit out of the same.

To begin with, let us examine the status of those senior citizens who have to sustain their living merely on "interest incomes on their short-term FDs" for compulsions of a reasonable recurring monthly return besides an assured minimal liquidity required in this age group under the subsisting scenario to meet various unexpected medical and other pending needs towards family, including spouses more or less in the same age groups.

According to references available from the latest data shared by the Election Commission of India, there are nearly 10.774 crore senior citizens (elderly persons aged 60 years or above) in India. This is against an overall figure of 10.39 crore estimated population as at the end of 2016, as per details uploaded by the Ministry of Statistics and Programme Implementation (MOSPI), including 7.33 crore in rural and the rest 3.06 in the urban cities. 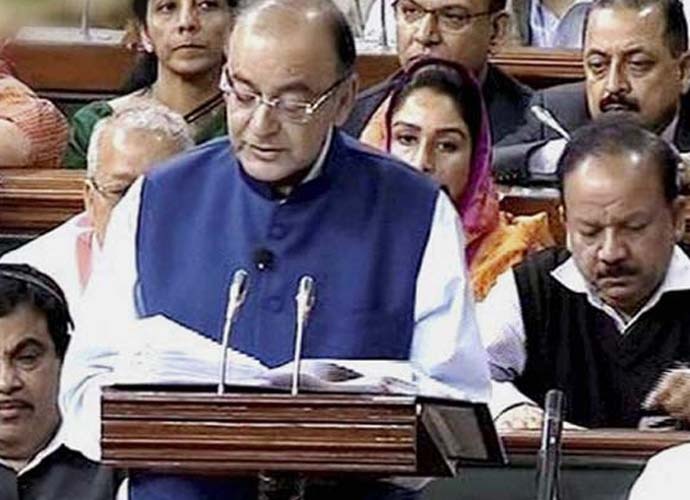 Collating the MOSPI data with the latest updates of the CEC, one can safely guesstimate that around 7.6 crore senior citizens may today be residing in rural India with the rest dwelling in urban regions. From the ministry's data, projections indicate that as in 2017, no more than 43.13 per cent of this population was working in some kind of a vocation and the rest 56.87 per cent  may not be doing anything, and dependent upon the working population among the overall elderly besides their siblings and children.

Overall, literacy among the elderly was around 43.5 per cent (with no more than 4.5 crore estimated to be literates), out of which only 2.98 crore may be dwelling in urban areas.

The data also indicated that 75 per cent to 85 per cent of the elderly (both males and females) are estimated to be living off their children with no more than 6 per cent to 16 per cent being able to find economic support from the other spouse and about 6 per cent solely dependent upon other relations and society in general.

Those receiving pensionary benefits of their long service in the government, semi-government and/or the private sector (wherever such benefits are/were available) is very negligible and mostly in the urban population only.

Moreover, they may not count for more than one crore at best. This small population is also the section that fortunately enjoys practically unlimited healthcare benefits/support in government or even super specialty private hospitals through adequately covered employer-sponsored group medical health insurance schemes and/or under the CGHS/SGHS/ESIC.

Now, if this population of about a crore is to be excluded, as close to as 90 per cent of the elderly population in the country today (over 9.5 crore) can be presumed to be outside the ambit of both a recurring pension as well as healthcare or other social security policy or support system, barring another small number having access to some marginal benefits under BPL schemes of state governments.

Since there is no direct certified data or link available on the number of senior citizens living on pensionary support in the various government portals - whether under the Union government or state government services or under the ministries of railways and defence, which have separate pensionary rules, or under the EPF schemes or the National Pension Schemes of the Ministry of Finance since January 2004 - the indicative overall spread amid the data shared by the MOSPI and the CEC has been banked upon to a large extent to arrive at the estimate of this population of around 9.5 crore living without such social security covers. In the past five decades since 1961, the number of the elderly have grown from 2.74 crore to 10.774 till 2017. In the coming decades, the rate is only going to further increase manifold, even faster with each year gone by. This irreversible continuous increase also calls for a more serious approach to the needs of various income groups within their overall numbers in the coming years.

Let's take the example of a salaried employee who retires after about four decades of service at the age of 60 in March 2018. He has no alternate recurring source of income nor any extended healthcare from his employer nor under any government scheme, and prefers to invest all his savings of, say, Rs 30 lakh from this year in the Pradhan Mantri Vaya Vandana Yojana of the LIC up to 15 lakh and the rest in the other existing senior citizen savings scheme with shorter lock-ins (or any other as risk-free option, if available). All that he will get is around Rs 2,40,000 per annum or Rs 20,000 per month to support a "dignified" sustenance of two members (both spouses) in a costly metro city.

If he has to pay Rs 8,000-10,000 towards house rent or loan EMI, if lucky to have planned at least an affordable roof by his/her retirement), an average of at least Rs 5,000-6,000 towards medicines - for one or the other old age calls of spectacles such as dentures, orthopaedic issues besides other illnesses, medical consultations, including preventive medical check-ups and supports, another at least Rs 2000 towards transport costs - the couple may be left with just Rs 2000 or so per month to run their ageing establishment.

While the family income of this couple is unlikely to increase in near future, the revised enhanced exemption of up to Rs 50,000 on specified interest and Rs 40,000 against standard deduction allowed to all is actually going to benefit only the senior citizens in the higher return slabs.

The figures may vary, but will do so only marginally in my opinion. The finance minister, being in a much better position to summon all such figures, is requested to have a reality check for the guesstimation carried out by his/related departments for his next convenient reviews. For, this is also the segment that perhaps can hardly afford high-end health premia to be really able to avail the benefits of increased tax-free spend on premiums like these, which again means that this benefit too will remain centred around a section of the high-end earners of interest and/or other incomes among senior citizens (but a much smaller audience from a political perspective too).

When the average prices of all essential items are always on an increase and health premiums still remaining out of reach - benefits of coverage under the proposed Ayushman Bharat National Health Protection Scheme unlikely to accrue any moment before the end of 2018 - there is a strong case for the finance minister to again look at the plight of this segment of senior citizens (in overall income/interest earning levels of below, say, Rs 3,00,000) for introduction of another exclusive subsidised healthcare scheme covering them all either through the AIIMS or ESIC-affiliated hospitals, as proposed earlier too.

The prime minister - being a senior citizen, too - one hopes will understand the plight of the nearly 11 per cent of this of his fraternity better. The Ministry of Social Justice and Empowerment too is requested to look into the genuineness of these gaps and  ensure equitable treatment to the senior citizen population of the country to ensure they are no longer subjected to any such inequalities, discrimination and injustice so that they can continue living with dignified and a secure life.

Enhanced allowable benefits under health premium costs and exemptions for spends on critical illnesses look attractive only if one's overall annual earnings have a cushion first to opt for these cost prohibitive health insurance coverage.

By 2026, as per a report released by the United Nations Population Fund and HelpAge India, this number is expected to grow to 17.3 crore as also the size of the electorate out of the same, equally significant politically too for all the parties.

Also read: Why do uncles in India treat women who do housework like slaves?

Post your comment
#Economy, #Modi government, #Senior Citizens, #Union Budget
The views and opinions expressed in this article are those of the authors and do not necessarily reflect the official policy or position of DailyO.in or the India Today Group. The writers are solely responsible for any claims arising out of the contents of this article.