India vs Australia 1st T20I: Top 3 contests to watch out for

India will face Australia in the first T20I match at the PCA stadium in Mohali on Tuesday (September 20). It will be a three match series.

After back-to-back defeats against Sri Lanka and Pakistan and an early exit from Asia Cup, India will hoping to make a comeback in the series against Aaron Finch-led side.

This time, as the visitors play at the Indian pitches , which will give the hosts an advantage. Plus, India's batting, with Virat Kohli back in form, Rohit Sharma, Suryakumar Yadav and Hardik Pandya looks really strong.

Australia also has good bowlers like Josh Hazlewood, Kane Richardson and Pat Cummins. The series is expected to have some top quality contests.

Here are 3 contests to watch out for:

Hazlewood has grown up the ranks in the Australian bowling attack ever since he made his debut in the team in 2014. He has 46 wickets in 30 T20I matches with an average of 18.02 and an economy at 7.22.

On the other hand, Kohli also looks in a good form as he smashed 122 runs in the last game against Afghanistan in Asia Cup. Kohli and Hazlewood face off will be interesting as the right arm pacer has dismissed Kohli thrice in the ODI series held in December 2020.

Suryakumar Yadav is the latest sensation in the Indian team. His 360 degree cricketing shots and ability to hit the ball from the start of his innings makes him one of the most important players for India. He will bat at number 4. Kane Richardson, who is fast and accurate, has been a key bowler for Australia in the shorter formats. Richardson bowls very good yorkers and is also a death overs specialist.

In 2022, he had a fantastic cricketing season, where he took 13 wickets in 7 matches he played at an average of 17.9 and economy at 8.96. The contest between Yadav and Richardson will be of pace vs power hitting. 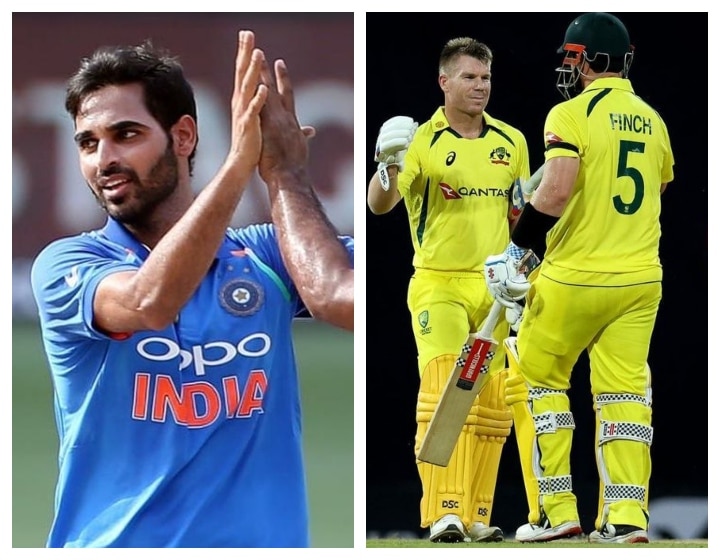 Even though he had some bad games in the Asia Cup, Kumar is India's lead bowlers in the T20Is and he also took 11 wickets in the Asic Cup. He will have the responsibility of getting the wickets of David Warner and Aaron Finch early in the game. And he has the ability to do it with his swing and accuracy. Warner, however, will be a key concern for the Indian bowlers beacuse if you don't get his wicket early, he can be very dangerous once he is settled.

In T20I cricket, Warner has a strike rate of 149.4. Overall, playing for Australia, the right-handed batter has scored 2,684 runs in 91 matches he has played. That includes one century and 22 half centuries. I

The match will start at 7:30 pm LIVE on Star Sports Network and Disney+Hotstar app and website.