A farcical look at a farce-filled state and its leader who insists he is not a small man.

The sprightly 70-something but looking 40ish Prime Minister of the Islamic Republic of Naya Pakistan, Imran Khan, took a deep breath to let the significance of the occasion sink in.

It had been 81 years since Independence — but more importantly, 10 years since Naya Pakistan had been established. 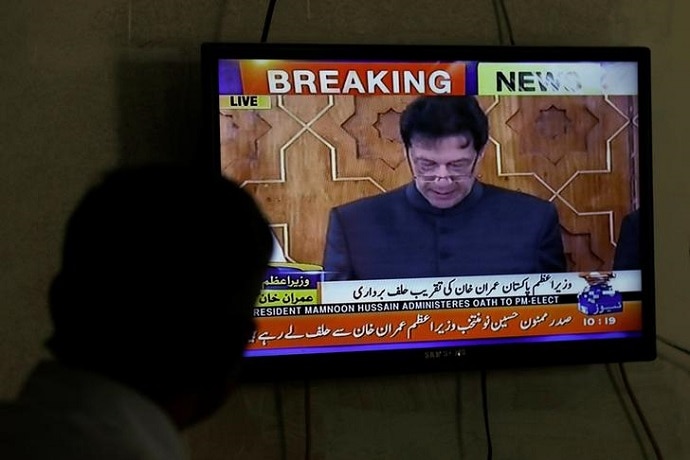 Rewind to 2018 when the Naya-pan started. (Photo: Reuters)

His mind harked back to the early days of struggle when he first attained power in 2018. It had been a tentative, faltering debut, akin to taking guard and facing the opening spell of the fearsome West Indian pace battery of the 80s.

A failing economy, spiraling debts, hostile neighbours ensured that the Khan government’s honeymoon was short-lived. The first missteps were costly, evoking derision, invariably laced with annoying cricketing metaphors, with an odd joke about the first lady thrown in for good measure. 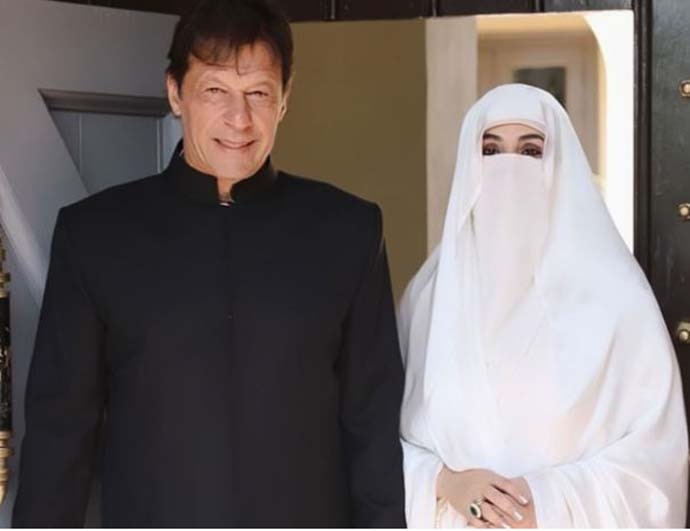 Oh, such jokes about the wail! Sorry, veil!. (Photo: Twitter)

But the great Khan, a sportsman par excellence, took the setbacks in his stride, wincing but never backing away, bidding his time. Things came to boiling point in 2019 when even Saudi largesse couldn’t shore up dwindling Forex reserves and all-weather friend China began to breathe down Pakistan’s neck, demanding repayment of loans on CPEC. Even they began talking loudly and not in Chinese whispers to Imran Khan. (Photo: Reuters)

To add insult to injury, the IMF suggested approaching India for help. “Over my dead body,” thundered the great Khan and, in a televised address to the nation invoking the spirit of ’92, exhorted his fellow countrymen to fight back like wounded tigers. His speech would go down as one of the all-time greats in the annals of history, up there with Churchill’s ‘We’ll fight them on the beaches’ and Jinnah’s ‘you are now free to go to..’ er…never mind Jinnah’s speech. His speech made history. It then became history.

Pakistanis indeed fought back like wounded tigers and how!! Men put in extra hours at their offices to add to GDP statistics, women sold their jewelry to finance Pakistani dams in response to their beloved leader's appeals, businessmen scrupulously paid their taxes, even the jihadi types took up productive work like planting trees, vaccinating babies, building roads, even writing software code, rather than obsessing over plotting the next suicide attack or bomb blast on either side of Pakistan’s eastern and western borders.

The pundits called it a fluke.

Economists now dubbed the turnaround as the ‘Imran Khan rate of growth’. Through his sheer charisma, indomitable spirit, force of personality and drop-dead playboy looks, Imran had engineered a miraculous economic turnaround, nothing short of a tiger economy!!

Naya Pakistan jokes now stopped but ones of the ‘Imran being the cat’s paw’ variety stubbornly persisted. Sick to his ears with these taunts, Khan decided to set things right once and for all, by slapping General Bajwa on live television. The army chief had barely recovered his wits, when Khan imperiously slapped him once more for good measure as millions of Pakistanis gasped in disbelief. 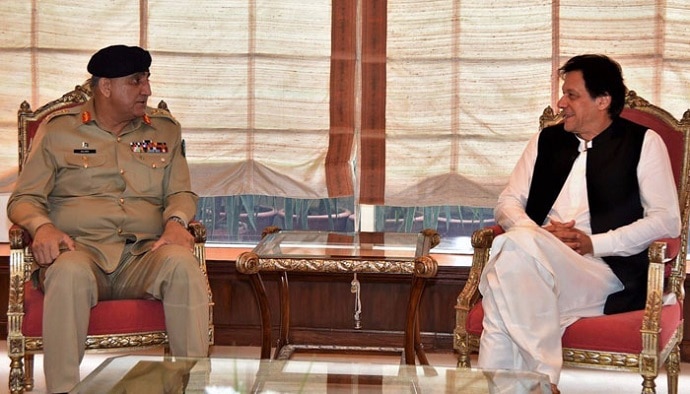 Once upon a time, the Army called the shots. Imran later changed all that. (Photo: Twitter)

Within hours, soldiers from the 111 Coup Brigade swiftly moved in to climb the gates of Khan’s Bani Gala residence and arrest Khan.

But not for nothing had the Pakistan cricket World Cup-winning captain won his spurs as an exponent of reverse swing. In a stunning counter coup, thousands, nay a tsunami, of PTI workers poured into Rawalpindi’s Army Headquarters and disarmed the khakis. Similar putsches in Multan, Lahore and Karachi led to the arrest of the other corpulent corps commanders.

The army’s capitulation was swift, abject and more humiliating than '71.

Thereafter, the army would remain firmly under civilian, actually Imran’s, control. A grateful nation offered to rename Islamabad as Imranabad - but Imran demurred.

Now hailed as a global statesman beyond compare, Imran set about reforming the world order. When he wasn’t brokering peace talks between Iran and Saudi Arabia, he was lecturing Western powers to curb immoral liberalism if they wanted to emulate Pakistani success.

Despite the booming economy, Pakistan cricket continued to be in the doldrums. India vs Bangladesh was the new India vs Pakistan while even Sri Lanka and West Indies fancied their chances against the men in green.

The Pakistan PM decided to get back to captaining the cricket team. He picked up a few kids from the back lanes of Rawalpindi and Lahore, and strung together a naya team for Naya Pakistan with Wasim Akram as vice-captain. Pakistan went on to win the World Cup, thrashing India twice while at it. The natural order had been restored. Imran retired once again and went back to governing the country. The next turning point in the history of Naya Pakistan came when Imran finally admitted what everyone had long suspected — Bushra Bibi was actually an AI-powered bot and a Jemima Goldsmith-lookalike under the burqa, programmed to say the right thing for the occasion such as “Imran is not a politician but a leader that Pakistan deserved”. With that factoid out of the way, Khan, at 75, but looking 50ish, married an elegant 40 something Indian beauty, Ms Surabhi Bhatnagar. Imran was in his inimitable manner signaling that Pakistan wanted love not war with India. His popularity had now reached stratospheric levels on both sides of the border. Imran was once more modelling for Indian soaps and colas.

With the Pakistan economy growing at twice the speed and the Pakistan cricket team twice as good and Imran three times as popular as his Indian counterpart, New Delhi lost its nerve and sued for peace. Being a large man occupying a large office, Imran, magnanimously, if not a trifle patronizingly, agreed and with statesman-like vision, proceeded to establish a just peace. Under the terms of the peace treaty, Pakistanis would now be allowed to travel freely all over India and spread their love, something they secretly always wanted to do.

Indians would, of course, have to apply for Pakistani Greencards to work in Pakistan’s booming IT sector. Bollywood and the IPL would also no longer be off-limits to Pakistani players.

Peace clouds broke over the subcontinent, raining all round prosperity.

In fact, it was!!! Imran suddenly awoke and looked up the time — 5:35am, September 19, 2018. His smartphone beeped — yet another annoying editorial on Naya Pakistan being more like Purana Pakistan.

“Rome, I mean, Naya Pakistan can't built in a day,” he reminded himself.

Still, he left for his big office, feeling, oddly enough, a smallish man.

Also Read: India-Pakistan UNGA meeting cancelled: The inside 'story' of the overnight U-turn

#Pakistan Army, #Naya pakistan, #Pakistan, #Imran Khan
The views and opinions expressed in this article are those of the authors and do not necessarily reflect the official policy or position of DailyO.in or the India Today Group. The writers are solely responsible for any claims arising out of the contents of this article.