With a quickie for an explanation. 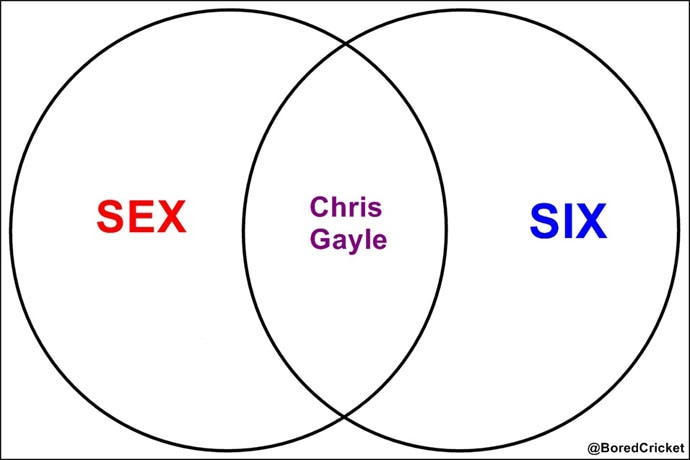 Gayle came, saw little and tonked the living daylights out of everyone. He faced 12 balls to equal Yuvraj Singh’s fastest T20 50. Gayle rocketed seven 6s, four of them in the first over, after a rather timid start off the first two balls.

Such was the crazy hitting, he technically  hit two sixes off the same ball – ha, not really, the second ball of the third over was a no-ball, and he smashed both the no ball and the free-hit that followed for sixes.

Gayle was soon dismissed for 56, this time though there were no comebacks with any lady presenters. Guess he’ll have to make his moves at that strip-club back home.

Post your comment
#Cricket, #T20 cricket, #Chris Gayle
The views and opinions expressed in this article are those of the authors and do not necessarily reflect the official policy or position of DailyO.in or the India Today Group. The writers are solely responsible for any claims arising out of the contents of this article.