Why Gurugram submerged in Gurujal is a blessing

Citizens will be required to remove footwear before entering potholes and impromptu swimming pools.

A lot of water has collected in the martian potholes of Gurgaon, the Millennium City, ever since it renamed itself as Gurugram. Whatever the numerological or ancient Vedic justification behind the administration of this panacea, the renaming has clearly not delivered on-road results.

Waterlogging remains a problem for the Municipal Corporation of Gurgaon – MCG – and proliferation of mobile phone cameras and out-of-work journalists is not helping its cause. Pictures of Gurujams caused by Gurujal – the sanskaari name for the humble rainwater – are everywhere from newspapers to WhatsApp groups.

Haryana’s Khattar government, taking a break from gau raksha, has finally decided to take livestock of the civic situation in the city. The city administration has been asked to prepare a Gurujal Raksha Yojana well before the onset of the monsoon.

Under the yojana, rain water aka Gurujal will be declared as Rajkiya Sampada and all measures taken to preserve its sanctity. Gurujal will be allowed to collect wherever mother nature wills and citizens asked to work their way around it.

Citizens will be required to remove footwear before entering potholes and impromptu swimming pools; prohibition on plying of motor vehicles in holy waters other than government-provided boats – Gurujalyans; relocation of colonies and housing societies encroaching on natural reservoirs of Gurujal, and so on. 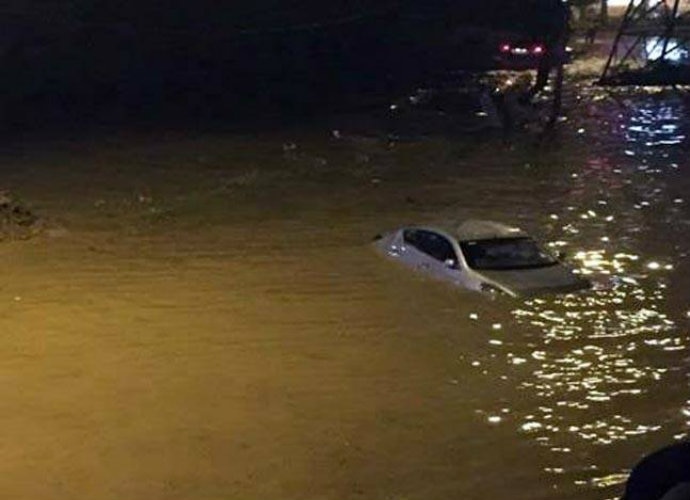 Under the yojana, rain water aka Gurujal will be declared as Rajkiya Sampada and all measures taken to preserve its sanctity.

In a smart commercial move, the government also intends to offer all major Gurujal bodies – Ghats – for corporate sponsorship, for example Hero Honda Ghat, IFFCO Ghat, DLF Cyber Ghat, and so on.

The CM in a recent presser said: “We have interfered with mother nature for far too long but not anymore! It’s time to give it back, or rather to let mother nature take back what belonged to it since the Vedic times.”

To a journalist’s question “don’t you think the omnipresent filth will mix into the Gurujal and make it impure”, Mr Khattar replied “don’t worry, like the holy Ganga, the Gurujal will have infinite capacity to cleanse.” He went on to declare that “the need of the hour is spirituality, not IT.”

The city administration claims this yojana will also have indirect benefits like increased tourism. “Udyog Vihar will be like Alleppey minus the beef” claimed the municipal commissioner.

#Manohar Lal Khattar, #Waterlogging, #Monsoon, #Gurugram
The views and opinions expressed in this article are those of the authors and do not necessarily reflect the official policy or position of DailyO.in or the India Today Group. The writers are solely responsible for any claims arising out of the contents of this article.

Sailing on the ship of fools.