RCB will win the IPL (without Vijay Mallya's help)

[Satire] A weight has been lifted off the players' shoulders.

It's always been a case of so close yet so far for the Royal Challengers Bangalore (RCB). Inspite of having some of the biggest names in their squad, they continue to underperform in the IPL. For years, both the trophy and the answers have eluded them.

It now appears with RCB owner, Vijay Mallya fleeing the country, a weight has been lifted off the players. Mallya was a regular at most RCB matches, however, he did little to boost the players' confidence.

At best of times, he looked twitchy and unsure of his million dollar investments, in this case the players.

Even though Mallya's RCB boasted of Virat Kohli, Chris Gayle and AB de Villiers, it is now learnt that way too much time was spent mastering the annoying Kingfisher jingle.

Time that could have been spent productively in the nets or in the gym was wasted dancing to the "childish" jingle. While players from other teams also participated in these Kingfisher promotional films, it was the RCB players who had to be present at the drop of Mallya's white hat.

"He always wanted us dancing to that Oo La La La Le O jingle.. I F***KING hated it... it made me so f***king pissed I wanted to beat the s**t out of the DJ who kept playing it on Mallya's repeated requests," said a leading RCB player who did not wish to be named.

Another top overseas batsman was also quite annoyed with the jingle, "Man, no chill with this s**t hits the roof and puke all over the dance floor. Bro give me a break, old man. Bro, you dance. Let us play cricket... except after the match, lol." 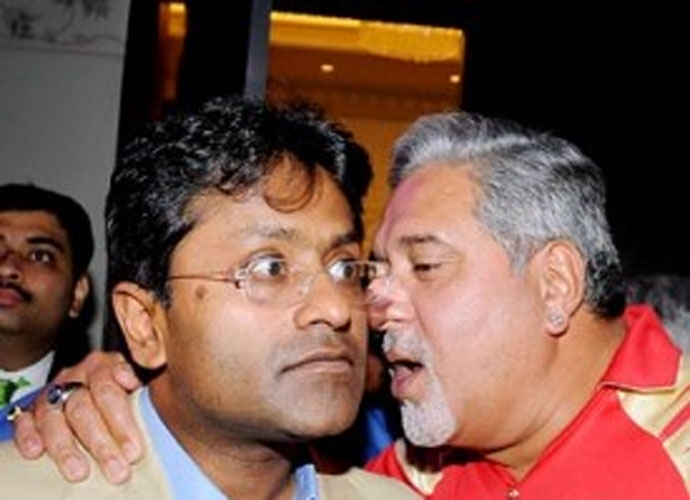 Players are switching their phones off at night, dreading a Vijay Mallya-Lalit Modi call.

It appears things had come to such a pass that players were planning a walkout from the team but because the notorious after-parties were still so inviting, no player had the heart or balls to leave.

Also read: Why Vijay Mallya has landed at the bottom of the barrel

"You party like that. Man you go straight to heaven... lol... and bang on to clouds with angels... sweet nothing chirp chirp birdies like that," said a batsman who has a penchant for "good times" and his bad boy image.

With so much dancing to the jingle and partying after that, even the fittest players were running on empty. There just wasn't enough time to recover, it was a wicked grind of jingle dance, party, play, and more jingle dance.

"He did strike me as a pervert, just sitting there sipping his gin and tonic leering at us through his shades, and always that Oo La La Le O," said another top foreign batsman.

Now it appears, with Mallya gone, the jingle rehearsals are down to a minimum. He still asks for the odd Skype session but they are far tougher to arrange.

The after-parties too have dried up, and most players are switching their phones off at night, dreading a Vijay Mallya-Lalit Modi call from one of their all-night raves in London.

With Mallya and his distractions out of the way, RCB appear a rejuvenated bunch. They have been further energised by their captain's brilliant run at the World T20.

Fresh from being awarded "Man of the Tournament", Virat Kohli is adamant to beat all teams with West Indies' batsmen in them - "especially Mumbai Indians that has Lendl Simmons who took the game away from us in the semis."

When reminded that Samuel Badree who also plays for RCB had a decisive role in the semis, he half-joked, "Maybe, that's why he is injured."

When asked if Vijay Mallya's absence will make any difference to the team, he joked again, "It might do some good for him, watching us play he would just go red in the face... so hopefully less tension for him."

#Chris Gayle, #Virat Kohli, #Vijay Mallya, #IPL
The views and opinions expressed in this article are those of the authors and do not necessarily reflect the official policy or position of DailyO.in or the India Today Group. The writers are solely responsible for any claims arising out of the contents of this article.