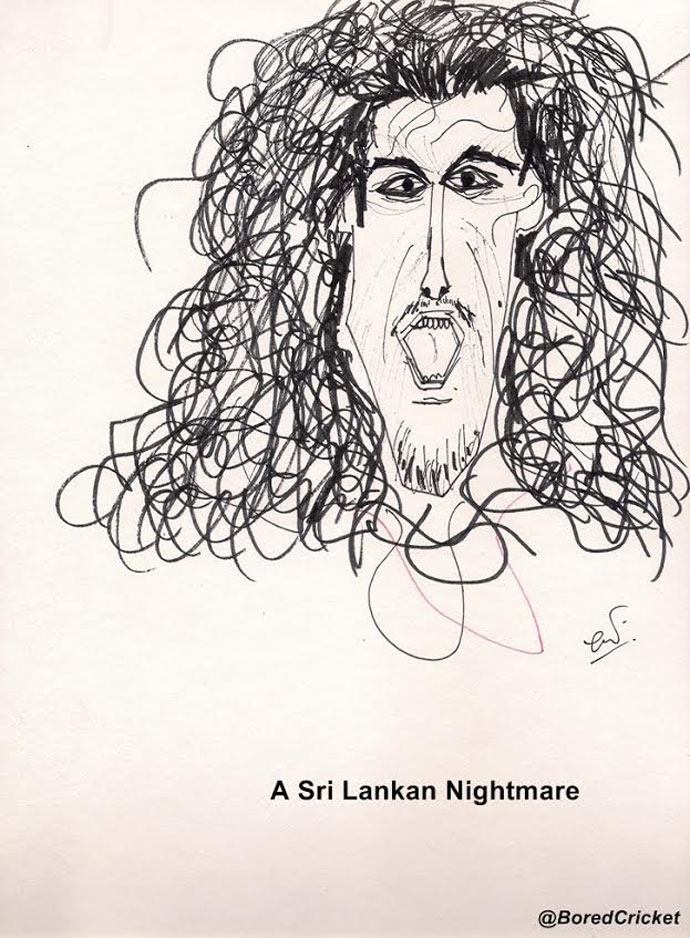 After next to nothing from two Tests, Ishant Sharma let his hair down, started to chant something and did voodoo with the ball - he knocked five Lankans over, followed by another two in the second innings, leaving Sri Lanka spooked at 21/3. But the wickets were the least of it. His crazies, first while batting, was creepy - taking on an equally manic Dhammika Prasad, he started to knock at his own helmet. Repeatedly. Once bowling (and helmetless), Ishant started to knock at his own nut. Repeatedly. Good areas while bowling, bad areas while behaving. Virat Kohli won't mind either.

#Ishant Sharma, #Virat Kohli, #India vs sri lanka
The views and opinions expressed in this article are those of the authors and do not necessarily reflect the official policy or position of DailyO.in or the India Today Group. The writers are solely responsible for any claims arising out of the contents of this article.