Trolling the PM as he continues his globetrotting. 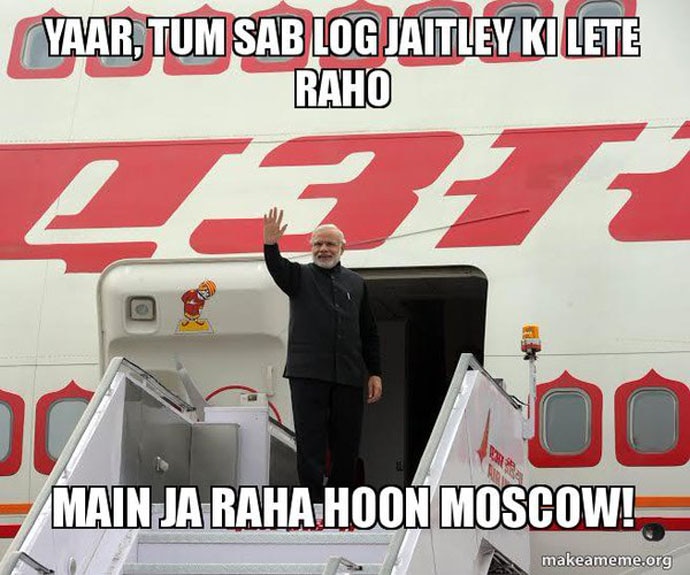 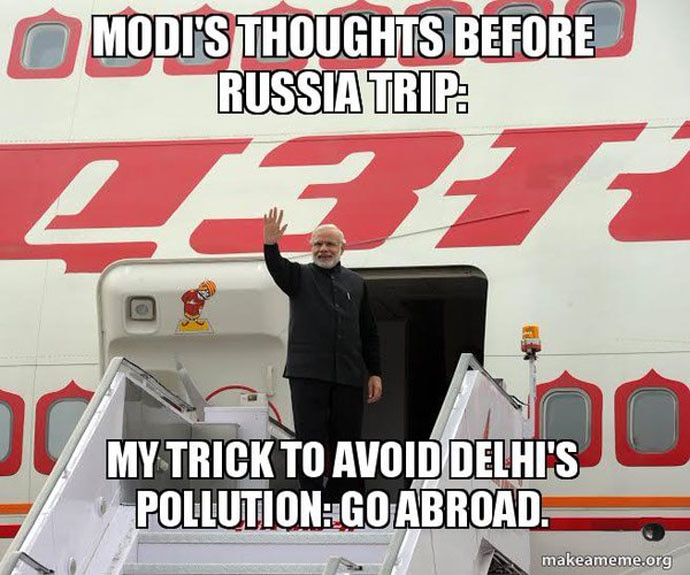 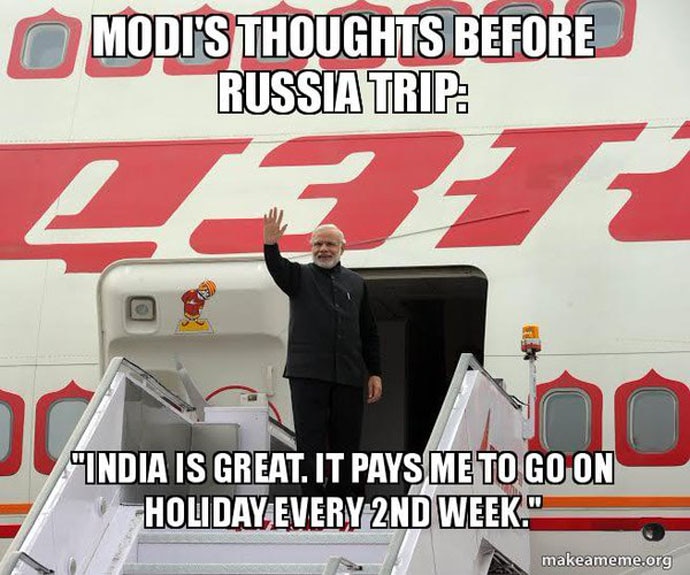 Prime Minister Narendra Modi is going to Russia with a wish-list of defence equipment to buy. The Russians are pretty much willing to sell whatever we want, but one item wont be coming our way for a bit.

Post your comment
#Viral Meme, #Vladimir Putin, #Narendra Modi, #India-Russia Ties
The views and opinions expressed in this article are those of the authors and do not necessarily reflect the official policy or position of DailyO.in or the India Today Group. The writers are solely responsible for any claims arising out of the contents of this article.