When Dhoni lost it 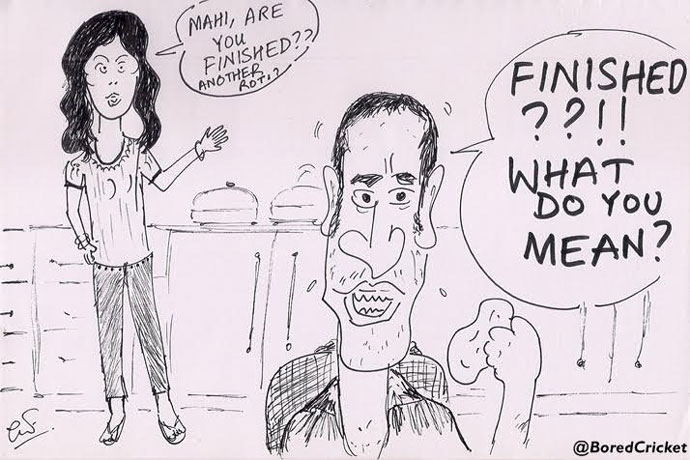 Once upon a time, it appeared that finishing games was as simple as uprooting a stump for Dhoni. Then came along a tournament where the stumps were so expensive that Dhoni wasn't allowed to uproot his "trophy" stump. In December, 2014, Dhoni retired from one form of cricket, and gradually saw his form slip in limited overs cricket too. Once he was all-powerful, and nobody in the BCCI (Board of Control for Cricket in India); be it the president, selectors or commentators, could dare question him. It's not the same anymore. Once Dhoni could get away by doing a lot less, now he may not get away even by doing a lot more.

Also read: Is Dhoni captain only in name?

#Team India, #Virat Kohli, #MS Dhoni
The views and opinions expressed in this article are those of the authors and do not necessarily reflect the official policy or position of DailyO.in or the India Today Group. The writers are solely responsible for any claims arising out of the contents of this article.