Pakistan's parody of Wing Commander Abhinandan, who taught them some English, is clearly made on a shoestring budget. Why are we not surprised?

We get it, Pakistan. Post traumatic stress disorder — aka PTSD — is real. We also know that you have it after the events of February 2019.

We feel your pain. Which shows all over again in your latest attempt at a little light fun that's anything but.

But it's ok. PTSD can do terrible, terrible things to people. Hence, your parody-cum-advertisement, where you mock the Indian Air Force's Wing Commander Abhinandan Varthaman was so cringeworthy — I mean, the film societies of Delhi University colleges could have done a better job editing and producing the video.

It was almost as bad as the propaganda video with 17 cuts that you circulated post-Abhinandan’s return to India. How (not) to treat a combat prisoner: After global backlash on Abhinandan’s propaganda video, Pakistan had to delete. (Source: Reuters)

But let’s note the basics here — the actor playing Abhinandan had his moustache on point. Which is pretty much the only thing going in favour of the video.

One cannot help but notice the thick, fake 'south Indian accent' of the actor, exaggerated on purpose and falling flat on its face in the name of 'comedy'. The deeply racist undertones of the video are disturbing but even these pale compared to the sheer callousness of what follows next — Pakistan trying to mock Abhinandan’s famous line, ‘I am not supposed to tell you this’, thus showing its pathetic bullying of a prisoner of combat, and its continuing obdurate inability to understand why this is so, so wrong.

Truth be told though, that’s probably the only line in English most Pakistanis can say correctly and the credit goes to our hero Abhinandan. He taught Pakistan something of value, didn’t he?

Then, of course, in the video, in their signature chindi style, Pakistan asks Abhinandan to 'stop and return the cup'. The tea cup. Seriously, Pakistan? We know you're going through a financial collapse but we didn't know aapke haalat itne bure hai?

We'll have a drink in that World Cup. 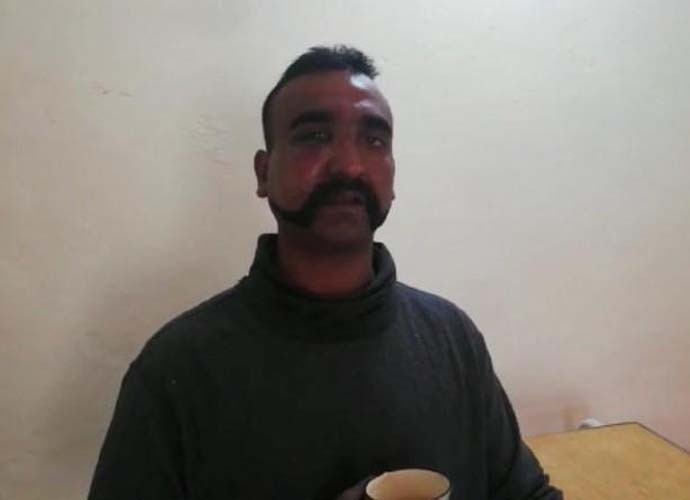 TBH though, Pakistan looks like someone who's struggling — really struggling — to get over a crush. And given the constant attention Pakistan pays Abhinandan, months after he left them, it's clear that they have a huge and unresolved crush-issue. We know, Pakistan, you don't get to see such handsome, soldierly, gentlemanly, upstanding, educated and throughly brave men much at all. It's no wonder you're obsessed.

We'll forgive you if you want to express your feelings even in your little parodies and spoofs.

We'll send you the cash.

Also Read: Asif Ali Zardari arrested on corruption charges: Why Pak PMs and Presidents have such trouble completing a term