The Indian captain did his level best to cheer up his upset mate.

Pakistan was bundled out of the World T20 on Friday (March 25), losing to Australia by 21 runs at Mohali. It is now the second multi-nation event that the team has failed to make a mark in, in the space of about a month, and captain Shahid Afridi is feeling upset.

Afridi now feels he is not fit to be the Pakistan captain.

Indian captain MS Dhoni, on the other hand, led his team to the Asia Cup title earlier this month, and was the hero of Wednesday's (March 23) last-ball win against Bangladesh. He, however, has had his problems, with the media questioning India's bumpy ride in the World T20 so far.

Here's what Dhoni would have told Afridi to cheer him up after Pakistan's exit: 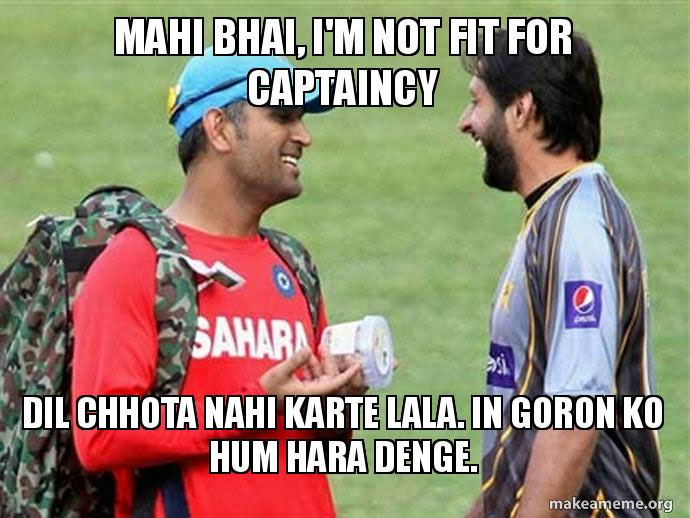 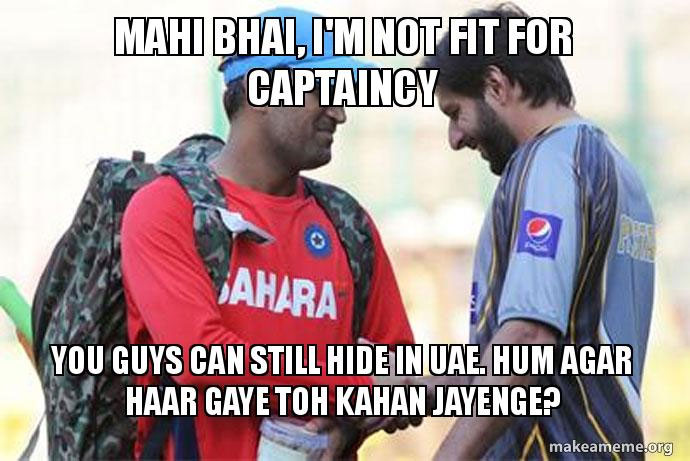 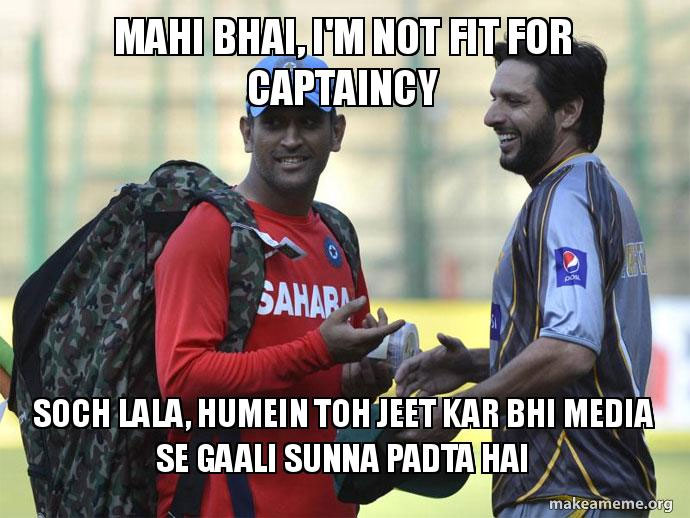 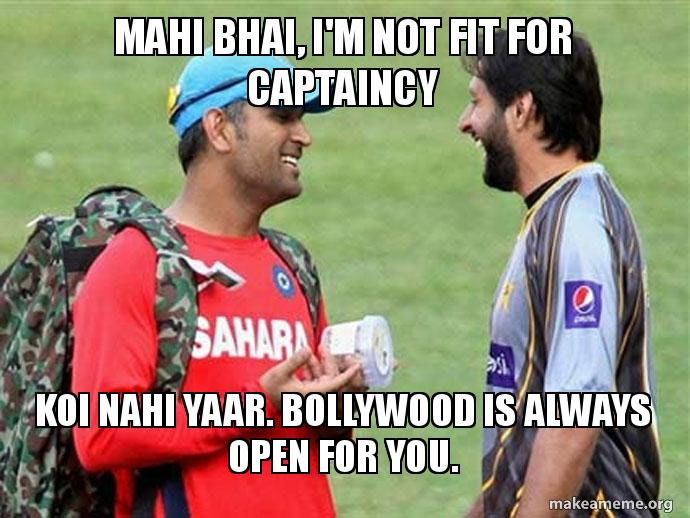 (This is entirely a work of fiction.)

#World T20, #Pakistan, #Dhoni, #Shahid Afridi
The views and opinions expressed in this article are those of the authors and do not necessarily reflect the official policy or position of DailyO.in or the India Today Group. The writers are solely responsible for any claims arising out of the contents of this article.