Taj Mahal: From Shah Jahan to local stalkers, how the grand monument to love has shrunk!

As a besotted wanna-be lover resorts to a 'baby Taj', we look at the several trials this amazing monument has been through over the years.

In your daily dose of WTF news, a 22-year-old boy has landed behind bars, because his gift of love — a replica of the Taj Mahal — landed on his beloved’s father’s head.

This young man had apparently been persistent in his pursuit of love for his neighbour, a 20-year-old woman, stalking her whenever she stepped out. But our lady here would pay no heed. Finally, our desperate lover boy flung his declaration of love onto her terrace, in the hope that though he couldn’t climb up the pipes like in the movies, his act of bravado would get her attention.

It did get her attention, alright.

And her father’s, when it landed on his head.

A ruckus ensued, and the boy was eventually arrested after they filed a complaint against him.

Alas, another historic monument has been smeared in blood and all for love!

Now, the question is: Who is the victim here?

Let’s talk consent, for instance. This dedicated lover kept chasing his lady love, offering her gifts, even though she didn’t consent. That’s just not acceptable. But did Taj Mahal consent to being replicated — cheaply, and sometimes even against basic architectural principles — and sold to all and sundry?

Then, there is love.

Whoever sat down and decided to declare the Taj Mahal as the 'universal symbol of love' obviously didn’t check with this white voluptuous massiveness if it would rather symbolise loss, instead? Or tranquillity, maybe? Ever wonder how ‘used’ the Taj might feel when you climb atop those garden benches surrounding the monument and pretend to hold it by its skin — like a white kitten being transported from one spot to another — all for a few hundred likes on social media?

No, of course not. All you care for is a few laughs. Of course, we do too.

Cinema, advertisements and pop culture have been especially mean to this marble marvel. 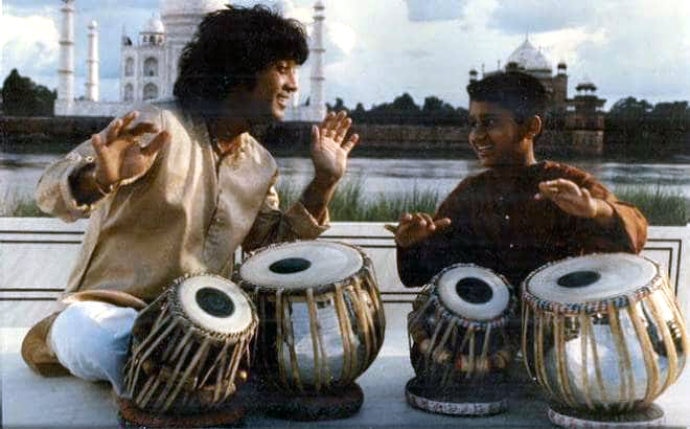 Fragrant teas have been sold in its name, which taste fine but have no correlation to the Taj Mahal itself. Imagine ‘Waah, Eiffel Tower’ as the tagline for a brand of wine.

In films, it has been sold and bought (Bunty Aur Bubli) or used as a backdrop for no apparent reason.

The Taj Mahal was once even wiped off the face of the earth — not technically — when PC Sorcar wowed us with his iconic vanishing act. We clapped, but what about the Taj?

Did it consent to be the guinea pig? Did it like the attention being shifted from it to PC Sorcar instead?

Hotel businesses have flourished on its name, grown, even been attacked. Did the Taj Mahal consent to being turned into a money-making scheme?

The Taj Mahal has been reduced to a generic representation of India — for Hollywood seems to notice only that and poverty when they turn their gaze East-ward.

What if Taj Mahal just wants to be left alone to its own devices?

To age gracefully? To be remembered or not, but certainly not be poked and prodded?

Oh, imagine the identity crisis the Taj has to deal with on a daily basis. If it had legs, it would have crossed the road and walked into a shrink’s office!

Now that the rant has come to an end, we're starting a 'Save the Taj' campaign — to give Taj its life back, eliminating one hideous replica, one ridiculous pose-wala picture at a time.

Who is with us?

Also read: How Bollywood ruined the Kumbh Mela for me

Post your comment
#Hollywood, #Bunty aur bubli, #Bollywood, #Taj Mahal controversy
The views and opinions expressed in this article are those of the authors and do not necessarily reflect the official policy or position of DailyO.in or the India Today Group. The writers are solely responsible for any claims arising out of the contents of this article.