Union Budget: The day everyone on Twitter turns into an economist

Here are the 'experts' and their two cents.

Yes, the Union Budget has been presented by finance minister Arun Jaitley and thankfully there haven’t been way too many bombshells this year. For a Budget that has been called "unimaginative", "socialist" and "vanilla", there sure is a lot of talk around it.

The Budget’s merits and demerits will continue to be discussed at length for the next couple of weeks (perhaps that’s an overestimation), before the junta moves on to the next controversial thing, like the hardline groups beating up and marrying hand-holding couples on Valentine’s Day. But for today, all armchair activists on social media are armchair economists.

While there is a lot of intelligent discourse around taxes, subsidies, fiscal deficits and sanctions available for all to read, let us, for now, just focus on the funny stuff. The Budget, after all, is just another excuse for everyone to take digs at whatever they want to. 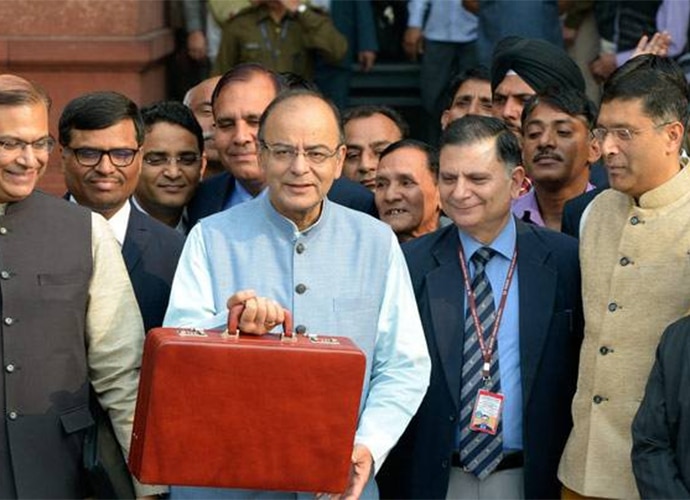 Here are the “experts” and their two cents:

Yes, everyone is an economist

People who have to borrow money from friends at the end of the month will turn into expert economists today. #Budget2017

Dont shy away from expressing your opinions on #Budget2017. If Abu Azmi can be an expert on Women Safety, we can surely be experts on budget

What did you think of the Budget? News: "Amaze!" Rahul Gandhi: "Crap"BSE Sensex: "Meh. So what else is on tv?"

Extremely worried that everyone except me here has money to pay taxes. Feeling left out is just horrible.

#Budget201710% surcharge on persons earning 50L+. It's called surcharge because when you earn over 50L, people usually call you Sir.

Budget news on TV:1.FM has left the house.2.FM has stopped at a thela.3.He ordered chhole kulche4.HE ASKS FOR EXTRA CHHOLE!

Ever wondered how these things happened? pic.twitter.com/QuDLdszBVY

Modi has finished announcing everything. Arun Jaitley, in his budget speech, will just get up, wish everyone a happy new year, and sit down

And some not-so-usual insights

35% stronger ropes to all IIT-JEE coaching students in Kota in Budget. Unprecedented.

Sir what do you have to say about tax net in India ? pic.twitter.com/qw78i1bAuk

Ideas on spending the extra 1k per month invited.

At least the budget is entertaining.