Admits it was a long time coming.

Till now it was agreed upon that cricket gave untold pleasures to millions of Indians. Only now is it coming to light what some of these untold pleasures are. Annabelle (second name withheld) has always been a huge Virat Kohli fan. Her fandom however took a beating when Virat and Anushka were in a serious relationship. The young fan claims that she felt cheated when Virat was with someone else and the same held true, even more so, when the cricketer was with the Bollywood actress.

Annabelle also claims to have been a huge Anushka fan, watching all her movies, but once the actress started dating Kohli, she stopped watching her films. "Still remember when I saw that clipping in Delhi Times with Virat and her, I don't want to take her name, it was like CALAMITY. I tore the paper and started crying, it felt like the ultimate betrayal. Since then, I stopped watching Virat bat also. It hurt me a great deal but I knew it was the only way to protect myself"

Everything changed once rumours of the breakup started to emerge. Annabelle became hopeful but at the same time didn't want to "give myself false hopes and live in a fool's paradise". It was only once the two stopped following each other on social media that she felt there was some credence to the breakup reports. "Everyone knows yaar, if you stop following your girlfriend on Instagram that's the end, there's no hope for the relationship..." 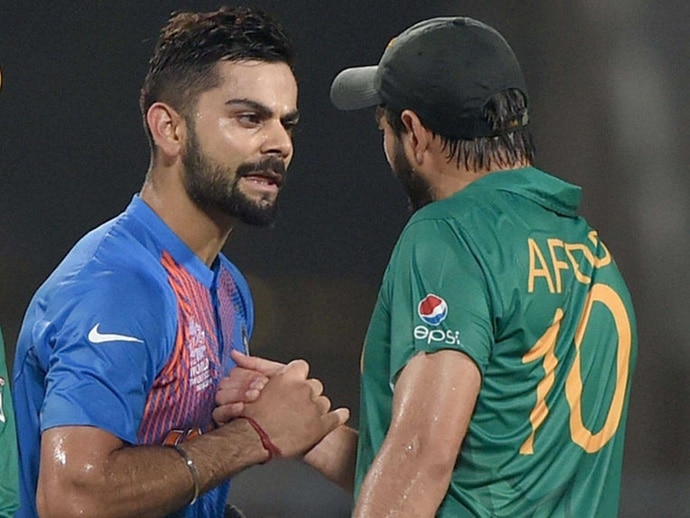 Since that day, Annabelle started to watch Kohli bat again. "His knock against Pakistan in the Asia Cup gave me a lotta pleasure...I can't tell you how much", she adds with a coy smile. "Still it was a 49 and not a fifty, and he got out, I nearly got there that night, I can't tell you how close I got, just a run more...hehehe and both Virat and I would've been home...but alas! It was not to be that night". In the following match against Sri Lanka, Kohli did score a half century and a not-out at that. Annabelle though wasn't impressed:

"That was against Pak yaar, this was against Lanka, they are a total crap team, I have very high standards for my Virat, I wanted to save myself for the big day... the India-Pakistan World Cup match."

Virat Kohli did not disappoint his diehard fan on March 19. "It was a Saturday, and all my friends wanted to go to the mall or bars or someplace out to watch on a big screen... I told them, "tumko jana hai toh jao, I'll watch my Virat on my 40-inch TV because I want every inch to myself..."

The match panned out just how Annabelle had hoped, Pakistan batted first and Virat was going to be chasing again. "Do you know what his average is chasing? He's never been out chasing this year or something crazy like that. He's a superhero, total sexy dude hunk while chasing."

She also admits that the three quick Indian wickets made her even more excited. "Y'kno what they say about when the going gets tough, I knew my Virat will get his tough going."

Virat Kohli's crunching cover drive off Mohammad Amir really tipped the scales. "OH MY OH MY...I still remember I was screaming...it was the last ball of the 13th over, Amir was bowling to my Virat...he pushed both me and the ball to the boundary and that is when I knew something crazy was happening."

India was 99 for 4 then with just 20 runs required off four overs. In the next two overs, Kohli hit Afridi and Irfan for two more boundaries. Annabelle admits somewhat dreamily, "I don't remember much of those...Virat had already won me over by then. For me that four off Amir was the climax."

Asked if she had any regrets missing out on Dhoni's six, she confesses, "No, my heart belongs to another."

#World T20, #Ind Vs Pak, #Virat Kohli
The views and opinions expressed in this article are those of the authors and do not necessarily reflect the official policy or position of DailyO.in or the India Today Group. The writers are solely responsible for any claims arising out of the contents of this article.