Feels England should have scored more.

Not too long ago, Carlos Brathwaite said his claim to fame (before making his Test debut) was having shared a class room with superstar, Rihanna in first and fourth form. That was way back in Combermere School in Barbados.

Now in the space of four deliveries, Carlos Brathwaite has come a long way, from relative anonymity to super stardom. Facing up to the last over of the World T20 finals, 19 needed for an unlikely win, Brathwaite knocked the stuffing out of both ball and bowler.

Four sixes might have been a little much for a flattened Ben Stokes, but lower order batsman, Brathwaite wanted more. His only regret, that he could not do what his idol, Yuvraj Singh, had done to England's Stuart Broad in the first edition of the World Twenty20 - that is, hit Stokes for six sixes.

After winning the World T20 title for the West Indies, a subdued Brathwaite said, "Yes, four sixes are good and they made us win but six sixes would've been better and still made us win. Y'kno nobody ever forgets six sixes, with four sixes I just don't know. Can just hope for the best. England should have scored more that way I would have had to score more. I blame our bowlers for doing such a good job," he said, tongue firmly in cheek. 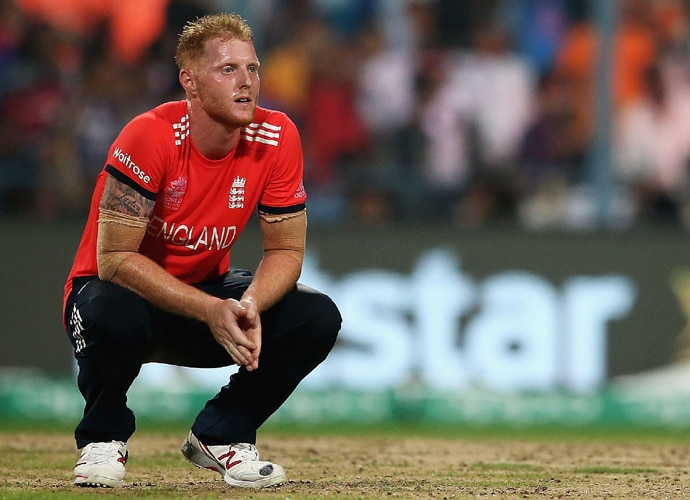 By blaming the bowlers, Brathwaite was also blaming himself; he conceded just 23 runs in his four overs, grabbing three wickets that included Jos Buttler and Joe Root. "Dunno it's all very easy in hindsight but once you're in the middle you're not really thinking about making the opposition score more," he added somewhat candidly.

In the IPL auctions earlier this year, Brathwaite was picked by the Delhi Daredevils (DD) for a whopping Rs 4.2 crore. His base price was a mere Rs 30 lakh. Even though little was known of the player at that time, seeing as he was picked by the Daredevils, he was written off as yet another unsound investment by the franchise.

When contacted, Brathwaite was happy to be part of a franchise that his idol, Yuvraj Singh, had once played for. When informed that Yuvraj had had a bad last season with the Daredevils, he said that was not possible: "Anyone who can hit six sixes cannot have a bad season."

When asked if there was anything he wanted to improve on, Brathwaite said he was looking forward to perfect his back-foot defence to the spinners under the guidance of DD mentor, Rahul Dravid.

After the World T20 triumph, Brathwaite received a text from classmate, Rihanna. What did it say? Not much according to Brathwaite except "Congrats C! Everybody know West Indies are champion! Wanna do a remix with Bravo on Champion! xxxxx R"

After reciting Rihanna's text, the new champion started to move to the song, "Champion". His moves though were lacklustre without the fizz of his mates. Clearly he wasn't reconciled to the missed opportunity of hitting those six sixes.

#Yuvraj Singh, #World T20, #Carlos Brathwaite
The views and opinions expressed in this article are those of the authors and do not necessarily reflect the official policy or position of DailyO.in or the India Today Group. The writers are solely responsible for any claims arising out of the contents of this article.