The German chancellor’s sporadic shaking spells has left the global community worried. Tremors signal an underlying health issue, some of which are easily remedied through right food.

Recently there was news about German chancellor Angela Merkel suffering from trembling spells during public meetings.

It was earlier attributed to dehydration and later to psychological causes. While the reason for her tremors is not clear yet, they could happen due to multiple reasons, some of which are easily remedied through right food.

A  tremor is a condition in which the legs and arms shake involuntarily. It is a movement disorder caused by a rhythmic muscle contraction, and though it most commonly affects the hands and the legs, it can also occur in the arms, head, vocal cords and torso.

The tremors can be intermittent, once in a while, or constant, and very often they signal an underlying health issue. Below is a list.

Neurological conditions such as multiple sclerosis, stroke and Parkinson’s disease, hypo or hyperthyroidism (under or overactive thyroid), liver or kidney failure, and side-effects of certain drugs like the asthma medicines, amphetamines and corticosteroids can lead to tremors.

Fix it: If shaking persists or worsens, and gets in the way of everyday activities, seek medical advice.

Psychiatric conditions such as depression or post-traumatic stress disorder, anxiety or panic are often the cause for trembling.

Fix it: If anxiety or panic is the reason, practising relaxation techniques such as breathing exercises helps.

Muscle shaking or tremors can also be an early sign of dehydration. Dehydration occurs when we lose more fluid than we take in, and our body doesn't have enough water and other fluids to carry out its normal functions. Water loss is accompanied by loss of electrolytes like potassium and sodium, which the body needs for normal muscle control and nerve function.

Fix it: Hydrate yourself with plain water and replenish the electrolytes quickly.

Too much caffeine can cause trouble. Caffeine is a stimulant, which raises your level of alertness and stimulates your nerves. Large quantities in a short period can lead to tremor and palpitations.

Fix it: Cut down on caffeine slowly to ease the withdrawal. 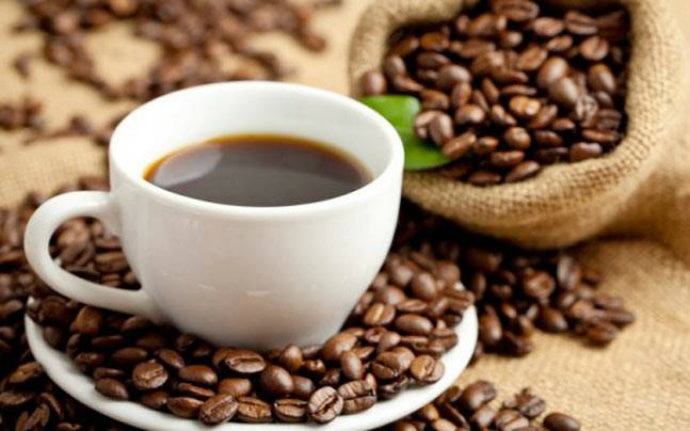 Too much of coffee can also result in random shaking spells. (Photo: India Today)

Alcohol abuse or withdrawal can lead to tremors, too. Alcohol can also damage your brain, including your cerebellum, which is responsible for balancing and coordinating our movements. People who are dependent on alcohol go through frequent 'mini-withdrawals' within hours of their last drink, so they frequently experience tremors.

Fix it: Always take support from a counsellor when trying to give up alcohol to mitigate the symptoms.

Nutritional deficiency is a common cause of abnormal muscle tone, which may lead to chronic shaking or twitching of the muscles.

Fix it: Make sure to include good sources of Vitamin B such as red meat, chicken, fish, beans, nuts and green leafy vegetables in your daily diet.

Fix it: Magnesium supplementation can lead to dramatic improvement within hours to days.

Also read: Orthorexia nervosa: When being too healthy is unhealthy

#Nutritinal deficiency, #Alcohol, #Dieting, #Neurological tremors
The views and opinions expressed in this article are those of the authors and do not necessarily reflect the official policy or position of DailyO.in or the India Today Group. The writers are solely responsible for any claims arising out of the contents of this article.