Aunty Lobo’s passing signifies the end of a special epicurean era where you got a delicious Goan meal under Rs 100, and where the owner would sit down and hear your personal tales.

For over 58 years, Mary Lobo cooked her heart out for thousands of students who came to Ahmedabad to study in the premier institutions of the city, such as IIM, NID, CEPT and IHM.

Now, after her recent demise, her restaurant, La Bella, seeks to recreate the same old charm. But can it?

For students, La Bella used to be a home away from home, where they could get affordable non-vegetarian food — and a loving mother-like figure, Aunty Mary, as she was fondly called.

I was one such student but since my parents were based in Ahmedabad till my under-graduate degree, my tryst with La Bella did not begin till my father was transferred to Morbi as the principal of Lukhdhirji Engineering College just as I started my Masters in Development Communication in 1986. I had to shift to the Gujarat University Ladies Hostel — that only served vegetarian food. Thus began my search to find a place serving non-vegetarian food — a search that ended when I found La Bella. 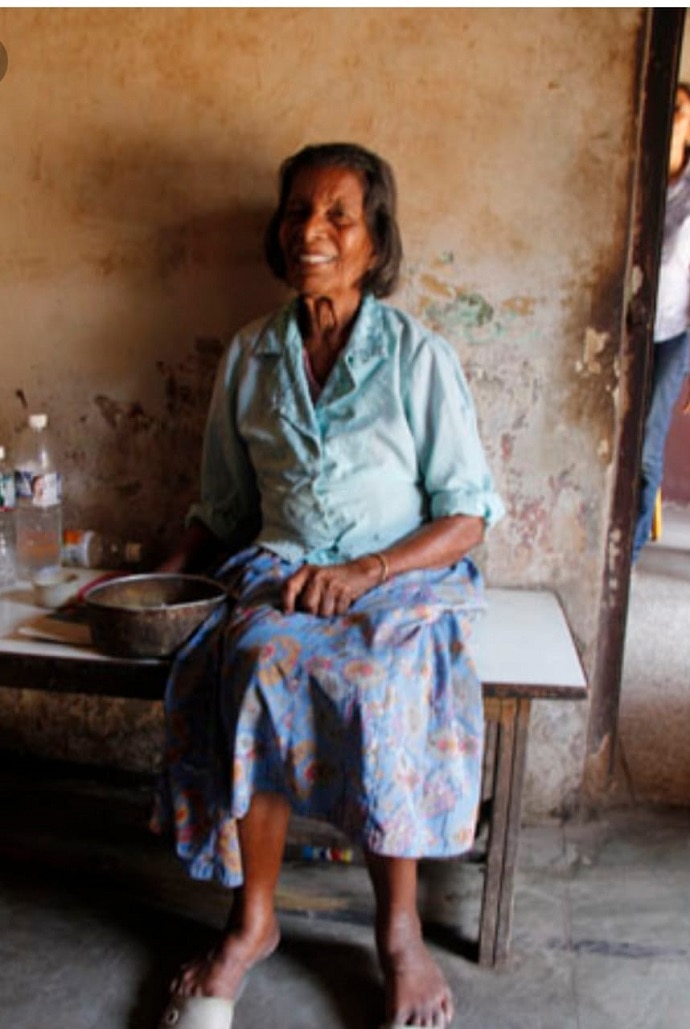 Founded in 1961 in the Mirzapur area by the newly-wed Anthony and Mary Lobo, La Bella served home-style Goan food at affordable prices. Later, Anna aka Raju Pillai from Tamil Nadu joined them and worked as their Man Friday. Forty years later, he continues to be a fixture at the restaurant after serving as Aunty’s trusted assistant after Anthony Lobo ‘Uncle’ passed away in May 1994.

Together, the trio made La Bella into a place where one could get tasty Goan food at dirt-cheap prices — you could make a full meal of chicken masala, rice or bread and fruit salad at under Rs 25 in the mid-80s, I remember. Even today, you can get mutton or chicken masala with a plate of rice for Rs 90. However, there are no rotis or paranthas served at this Goan restaurant.

La Bella had a five-table seating for decades — it has neither expanded, nor shrunk. It remains timeless and unchanging. There is an eating hall that opens into a small connecting room which then leads into the kitchen. That is the whole space of La Bella. The food is served in crockery and curries in deep-bottomed plates just like in Irani restaurants or railway canteens.

Unfortunately, for thousands of her ‘children’, as she loving addressed the students who ate there, Aunty Mary Lobo passed away on June 18, 2019, after successfully running her restaurant for almost six decades.

The ‘children’, now all grown-up, still remember her lovely food — the mutton cutlets with potato wedges, fruit salad with custard and pork vindaloo. But the most popular dishes continue to be chicken masala, mutton masala and mutton fry with rice.

Students in their 60s to present-day ones, everyone fondly remembers Aunty Mary. Shilpa Das, now a lecturer in the National Institute of Design, had her first brush with La Bella during her years in St Xavier’s College in 1989-92. She recalls Aunty as an extremely generous person who not only cooked tasty food but also listened to all the problems of students and says, “When Aunty Mary was a bit free, she would come to the table and sit with us, asking us what was happening in our lives. Aunty would say, you are my children since I don’t have any children of my own.”

For Edison Coutinho, a student at the Indian Hotel Management, Ahmedabad, in 1994-97, Aunty’s Goan food saved him from getting homesick. He says, “I came from Goa — the food culture in Ahmedabad was so different that I found it difficult to adjust. When I found La Bella, I felt that Aunty Mary was an angel. I would have transferred to some other IHM if it wasn’t for Aunty and her food that was similar to the food at home for me.” 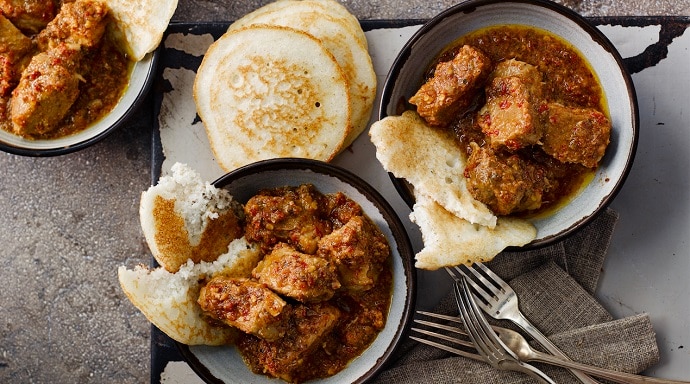 Melt in the mouth. Easy on the pocket. (Photo: Food Republic)

Meanwhile, La Bella-regular Bhaskar Sharma continued to visit long after his student days with his half-Goan wife, Silvia Fernandes. “My wife and Aunty would chat in Konkani for hours. We often told her to increase the prices because students nowadays can afford to pay — but Aunty was so good-hearted, she just refused to hike up their cost.”

Despite age catching up with her, Aunty Mary stuck to her routine of attending daily mass at 6 am. Father Rajkumar, the parish priest of Mount Carmel Cathedral, reminisces, “Aunty Mary would walk every day to the church and then after the mass, she would go to the market to buy vegetables and meat. She used to walk everywhere... from her home to the church, then to the market place, then with all her purchases to her restaurant.”

In mid-June, Aunty Mary was hospitalised after a fainting spell. She was diagnosed with a severe infection and dehydration. She was shifted to the ICU but unfortunately, didn’t recover.

Towards the end, Aunty Mary's visits to the restaurant had become less frequent. It was Anna who kept the restaurant running. Now that Aunty is no more, La Bella continues to serve its soul food with Anna resuming operations.

I enjoyed a hearty meal of chicken masala, mutton fry and rice for Rs 160 when I visited the place a few days ago. Even though the two other tables were also occupied, Anna revealed that the footfall was dismal because many were not aware that La Bella had resumed operations.

Aunty Lobo’s death signified the end of an affordable epicurean era, and of a wonderful restaurantier who heard out her guests' personal travails.

I wonder if La Bella will still enjoy the same patronage from students today.

#Goan food, #Mirzapur, #Pork vindaloo, #Anthony lobo
The views and opinions expressed in this article are those of the authors and do not necessarily reflect the official policy or position of DailyO.in or the India Today Group. The writers are solely responsible for any claims arising out of the contents of this article.