Exhilarating, isn’t it? A graceful walk of the ramp is lauded as a qualification in the beauty-pageant world. What goes into making that heady walk graceful is where the real story lies.

The plot, however, thickens when the one attempting that walk is not someone who’s capable of taking her decisions. We’re talking about beauty pageants for teenagers and children, if you haven’t already figured.

With an influx of Sabse Bada Kalakaar and Junior Indian Idol and DID Li’l Champs and what not in the Indian reality-television space, we have come to accept that it’s perfectly normal to let children go through the drudgery of selection and rejection, as the whole world looks on, at such young ages.

Taking this mode of entertainment further are beauty pageants for teenagers. In this particular case, the Miss Teen Universe pageant, was won by a Noida girl - Srishti Kaur - this year. The pageant makes girls from the age of 15 to 19 compete with each other, in a contest that’s much like the actual Miss Universe pageant we see on television, barring a few widely objectionable bits.

You won’t be shocked to know that this pageant is organised by the actual Miss Universe pageant organisers, and has been going on for six straight years. This year, it was held in the US, and an 18-year-old student from London School of Fashion - former student of Lotus Valley International School, Noida -won the title of Miss Teen Universe 2017, beating 25 other contestant from all around the world.

Now, imagine being in the high-heel shoes of that 15-year-old who lost the pageant this year. And numerous others who’ve been losing it for the past five years.

What are the thoughts you grow up with -“You’re not pretty enough, compared to the other girls on the stage. Maybe you need to lose some weight to look more grown up and thus pretty. I’ll lose more weight and show them next year who the real beauty queen is. So what if I didn’t win this one, there are several others I can compete in, because I know what not to do now.” 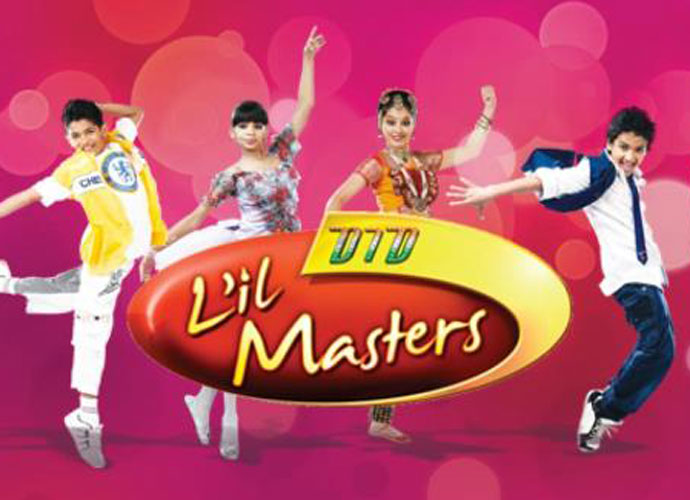 Those are the thoughts of a 15-year-old who has a whole life in front of her - do we really want the building blocks of our teenagers’ thoughts to be on these lines?

In fact, one of the teachers from Srishti Kaur’s school I was speaking to earlier - who does not want to be named - disagrees with the concept.

“Kids are kids because they’re free. These pageants snatch that away from these children; they become conscious of the way they look, of the way they act, and they’re too young to be bothering about all that. Actually, parents also don’t realise how they start pressuring the kids once they enroll for such pageants. In Srishti’s case particularly, her mother is a single parent; she and Srishti’s massi (mother’s sister) have actively been involved in bringing her up. And Srishti was the kid of child who was always inclined towards the glam world; maybe it was her mother’s influence, we don’t know, but I remember she started getting Srishti waxed as early as Class 8. She was a creative child, but we had to push her for academics because she always had other distractions.”

Now, what happens when these distractions are taken away, or their scope is crushed by one or more defeats on public platforms?

Seema Taneja, a consultant counsellor with schools and corporate houses in Delhi NCR, thinks it definitely impacts the holistic growth of the child, if he/she is made to enter such pageants at an age when they’re not wise enough to know wrong from right.

She says: “There are two aspects to this - one, if the child is say 18 and aware of the decision she’s taking - and capable of handling either of the extreme outcomes - it’s perfectly alright; two, if the child is 14-15 years of age, she/he will not understand the consequences of entering a beauty pageant, and thus will not have the capability to handle the outcome.”

“Letting kids below 18 years of age enter such pageants is not advised, because, there’s a reason juvenile delinquents are tried in different courts. There’s a reason CBSE had to do away with Class 10 Board exams. Because the children are not capable enough to perceive the competitive process of pageants like these as a healthy one. With children below 18, the fallout of a defeat can have a major, lifelong impact on a child’s brain.”

The point of it all is, is there a dearth of avenues for children these days that such pageants are receiving participation from far and wide, year after year?

Do parents really want their kids to look at themselves critically through the judging eyes of the world? Or does the thrill of glamour and the hope of winning make even the fallout of the defeat worth it?

Post your comment
#Body image, #Teenagers, #Beauty pageants
The views and opinions expressed in this article are those of the authors and do not necessarily reflect the official policy or position of DailyO.in or the India Today Group. The writers are solely responsible for any claims arising out of the contents of this article.