They pack more benefits than you can chew.

A client of mine has been having a salad of cut bell peppers, all three — red, yellow and green — almost every day before her lunch for the past few years. She loves their tangy taste. That aside, the benefits she has been accruing thanks to this habit are massive. Peppers are an underrated, yet extremely nutritionally loaded vegetable. Botanically, they are a fruit, but nutritionally considered a vegetable.

They come in all sizes and many colours — the most common being red, yellow and green. However, they are found more infrequently in orange, brown, white and lavender colours. Some pack heat, some taste a little sweet. And they all have a lot going for them. Low in calories, peppers are excellent sources of vitamins A and C, potassium, folic acid, and fibre. 250 grams give just 70 calories, three grams pro-tein and a sizeable 4-5 grams of fibre. 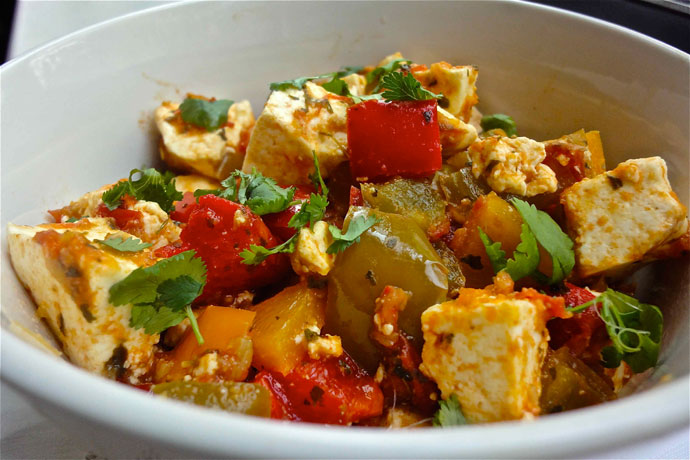 What I appreciate most about bell peppers is the extremely high concentration of antioxidants in them. One serving will give you more than your daily quota of vitamins A and C. C powers up your immune system and keeps skin youthful. It also helps keep arthritis at bay. And vitamin A, that is betacarotene, is not just great for your eyes but will also help you with anti-inflammatory benefits, and cut the risk of cancer by significantly reducing the free radical activity in your body.

Research has indicated that premenopausal women who ate two or more servings of foods rich in carotenoids each day reduce their risk of breast cancer extensively as carotenoids interfere with the estrogen hormone’s signalling ability.

Bell peppers are a good source of Vitamin E, known to play a key role in keeping skin and hair looking youthful and our heart alive and kicking, and pack vitamin B6 too — essential for the health of our nervous system.

Red peppers pack the most nutrition as they have been allowed to stay on the vine for longer. Compared to green bell peppers, they deliver almost 11 times more betacarotene and 1.5 times more vitamin C.

Weight loss on your mind? Then anyone who wants a crunch in their mid-morning snack must try sliced bell peppers instead of potato chips.

Not only are the calories cut to size, the compound found in sweet peppers (called CH-19 Sweet), which resembles capsaicin found in hot chillies, provides similar positive metabolic effects (and thus weight loss benefits) minus the burning mouth and lips.

And if you don’t like them raw, just steam cook them lightly. Interest-ingly, that is actually a way to further increase the efficacy of antioxidants in your bell peppers and make them a more potent cancer risk reducer.

There’s more! The sulphur content in bell peppers also makes them cancer-protective. Plus the enzymes lutein and zeaxanthin help protect the eyes from cataract and macular degeneration. Here, green bell peppers score as they have more than half a milligram of lutein and zeaxanthin, making them one of the best natural sources of these antioxidants!

Finally, bell peppers are considered one of the best brain foods, too. High presence of vitamin B6 increases the levels of serotonin and norepinephrine, the “happy hormones” associated with improved mood, higher energy levels and more concentration.

In fact, their low levels have been linked with several mental disorders like ADHD.

Research has now also found that peppers contain traces of nicotine that is neuroprotective and helps lower the risk of Parkinson's.

Now you have enough reasons — from preventing cold to cancer — to have more of these crunchy veggies, even if the taste takes a little getting used to.

Also read: Margaret Atwood is the oracle of our troubled times

#Health, #Cancer, #Bell peppers
The views and opinions expressed in this article are those of the authors and do not necessarily reflect the official policy or position of DailyO.in or the India Today Group. The writers are solely responsible for any claims arising out of the contents of this article.