Although Cannes is the greatest film festival on earth, it doesn't look like most of our Bollywood stars there are thinking of films at all. Instead, the focus seems to be on their clothes, their looks and their challengers.

It is safe to say that Bollywood has turned the Cannes Film Festival into a fashion week. I'm not complaining — I'm just disappointed.

The prestigious film festival has a history of premiering some of the greatest movies on earth. The 72nd edition of the event this year kick-started on May 14 and is scheduled to end on May 25. While some desi actors have already arrived at the French Riviera, many more are expected to attend in the upcoming days.

There was a time when Cannes veteran Aishwarya Rai Bachchan was constantly derided in national publications for ruining desi fashion in the global arena with her outfits at the red carpet events. But not anymore. This year’s Indian delegation at Cannes is all about couture labels, perfect make-up and gorgeous photoshoots. 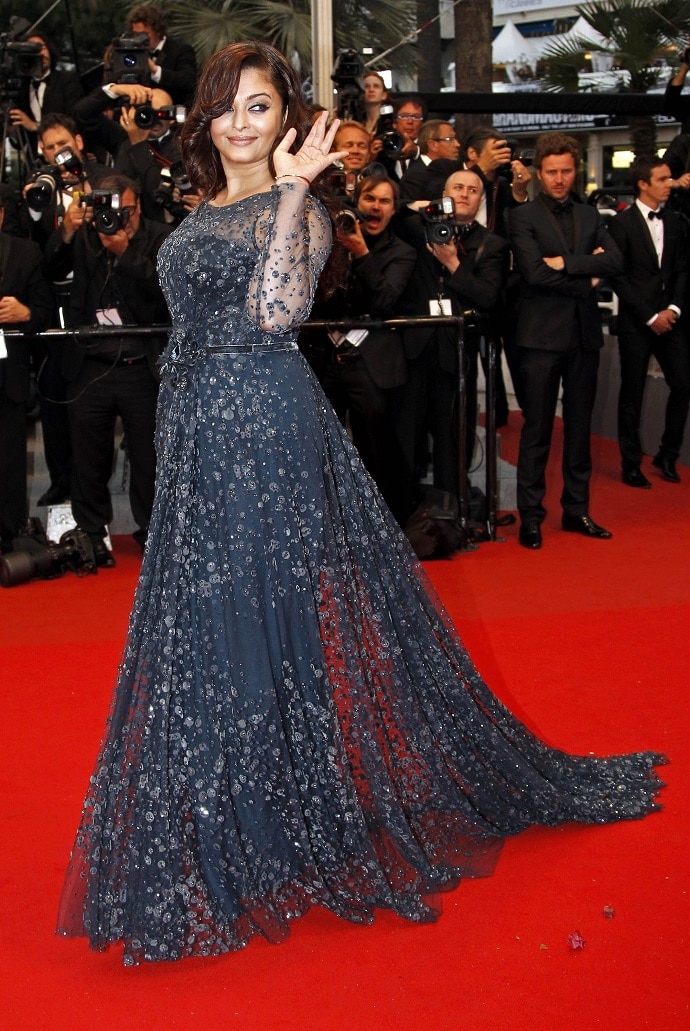 Cannes veteran Aishwarya Rai Bachchan has often been criticised for her fashion choices on the red carpet. (Photo Reuters)

However, barring Kangana Ranaut’s Kanjeevaram saree by Madhurya Creations and corset by design house Falguni Shane Peacock, not one Indian designer has been repped on the carpet. Just like no Indian film is on the official selection list and there is no Indian member on the Cannes jury either.

Could it be because the artists in Bollywood are more concerned with red carpet moments rather than talent? 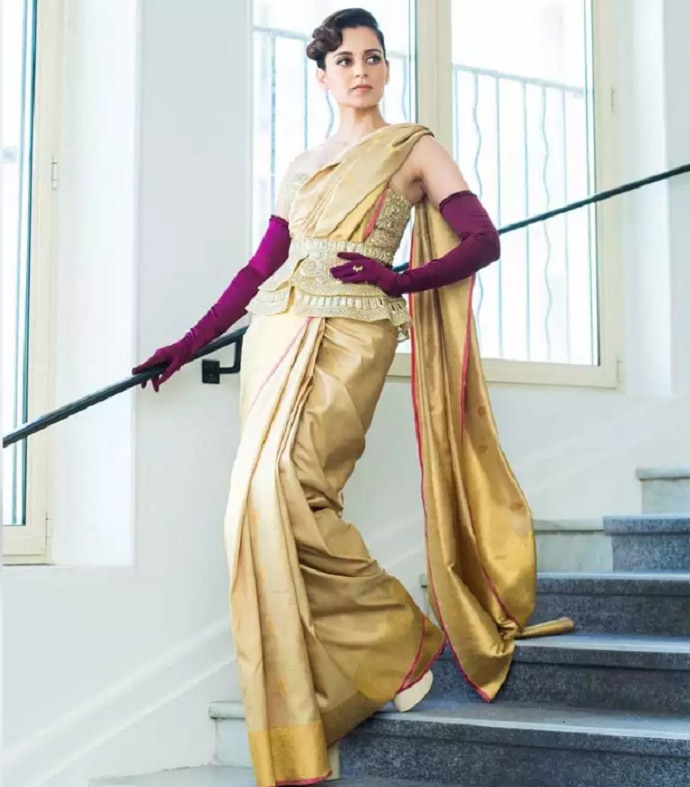 Kangana Ranaut lit up Cannes — but more for her clothes than her movies this time. (Photo: Instagram/Team Kangana Ranaut)

Veteran film critic Anupama Chopra, who is currently at the ongoing film festival, wrote in the Hindustan Times — "A Cannes veteran told me that Indian talent is too hard to manage. “They want first class tickets, business class for their entourage, hair and make-up every day,” she said, “it’s just too much to deal with.”

So, while actor Deepika Padukone’s drool-worthy couture looks at Cannes and her husband Ranveer Singh’s subsequent cute social media comments on her OOTDs at the film festival are entertaining, the bottom-line remains that Padukone is repping beauty brand L’oreal at the mega event — and not her acting chops.

This is a shame because I'd rather have her representing her next outing on the silver screen — that of an acid-attack survivor in Chhapaak, inspired by the real-life story of activist Laxmi Agarwal.

Actors Sonam Kapoor and Aishwarya Rai Bachchan are also expected to make an appearance for the same brand, which is one of the official sponsors of the film festival.

Queen of Bollywood, Kangana Ranaut, had us smitten with her Indo-western outfit for her second outing at Cannes — but she is actually here to represent French vodka brand, Grey Goose. So is Huma Qureshi.

Not just a pretty face

But maybe the stars are just following suit on what is expected of them. Chopra’s interview with filmmaker Mira Nair, whose film Salaam Bombay won India its first award at Cannes in 1988, may offer a few clues. She commented, 'She (Nair) said it’s not necessarily because Indian filmmakers are doing anything wrong but because the tastes and agendas of the selection committee and that of Indian cinema don’t necessarily align.'

If so, are we content with just being relegated as the country with the most beautiful and best-dressed actors? Maybe there is a way to make our presence felt at Cannes, rather than just flaunting how well we wear international fashion labels. Maybe that way could be by showing that we too can produce movies that entertain, move — and wow — global audiences.

Call it a drop in the ocean but there are some artists who are certainly aiming for just that.

For instance, music composer AR Rahman gave a sneak-peek of his directorial debut at the Cannes this year. Titled Le Musk, the virtual reality movie is about perfumes, scent and everything olfactory. The joke’s on you if you thought Rahman would take the beaten road and do what’s expected of him — make his directorial debut with a musical. 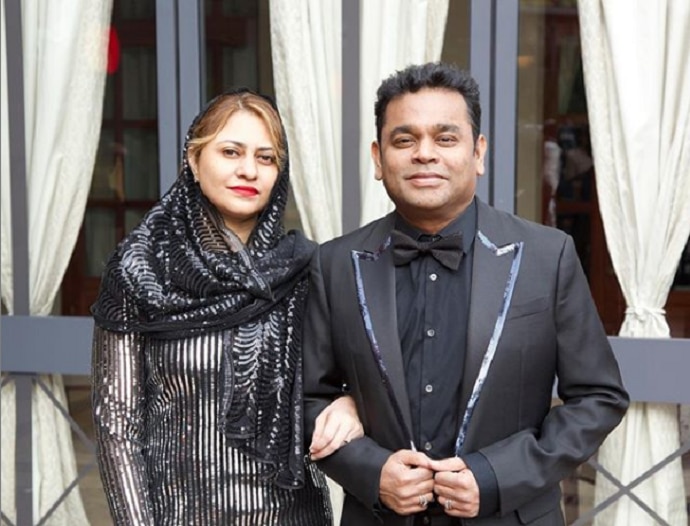 Meanwhile, Priyanka Chopra also made an appearance at Cannes. She showed up to support the premiere of the documentary 5B that deals with the humane treatment of AIDS patients in San Francisco by the hospital staff in ward 5B.

Well, she was very much present at Cannes too, to speak on (ironically) why India should be the place to film in for foreign filmmakers and how we could make it easier for them. She also unveiled the first look of her film Marne Bhi Do Yaaron at the film festival. Sure, her outfits won't make you gush about her sartorial choices but do you feel the femme power?

My first year at #cannes2019 Surprisingly never came as an actor but have come as a director. I did not bring my film to Cannes... my film got me to Cannes @krushna30 @rishaabchauhaan @keembit_ #krushnaabhishek

Meanwhile, former Bigg Boss contestant Hina Khan is also at Cannes 2019 to unveil the first look of her short film Lines as well as to address a panel discussion at the India Pavilion. However, instead of acknowledging her achievement, the film industry remains divided between mocking and congratulating her. Especially after an Indian journalist took to his social media handle to poke fun at her humble beginnings. This comment left a bad taste in many mouths. (Instagram/Jitesh Pillai)

The entire episode just leaves a very bad taste in many mouths.

In a country where thousands of youngsters struggle in hordes in the tinsel town of Bollywood, do we really want to preach that an actor's brand endorsements, rather than their talent, can get them international recognition? Or that filmy elitism demands you look gorgeous at such international dos — and who cares whether you reached there with your talent or were flown down by big brands who want you to sit tight and look pretty?

I hope not because if so, the entire conversation about nepotism, the casting couch and #MeToo stories coming from Bollywood would have come to nought.

Also read: Prabhat Choudhary: Why is he the Prashant Kishor of Bollywood?

#Priyanka Chopra, #Jitesh pillai, #Hina Khan, #Deepika Padukone
The views and opinions expressed in this article are those of the authors and do not necessarily reflect the official policy or position of DailyO.in or the India Today Group. The writers are solely responsible for any claims arising out of the contents of this article.