Four reasons chocolate is good for you

Why you can submit to this gooey delight without guilt.

There is no doubt about it — chocolate is difficult to resist. So what makes it so irresistible? And why is it that when we are irritable and depressed even a bit of chocolate can turn things around? A large part of chocolate's allure, lies in the taste of course, but several chemical reactions are also at work here. There are, in fact, over 300 chemicals in chocolate and many of these make us feel good by stimulating secretion of endorphins and boosting brain levels of serotonin, the “happy” neurotransmitter, which is an anti-depressant. This tasty delight is, in fact, packed with central nervous system stimulants: theobromine and phenylethylamine, both of which help to give us a potent happy kick. 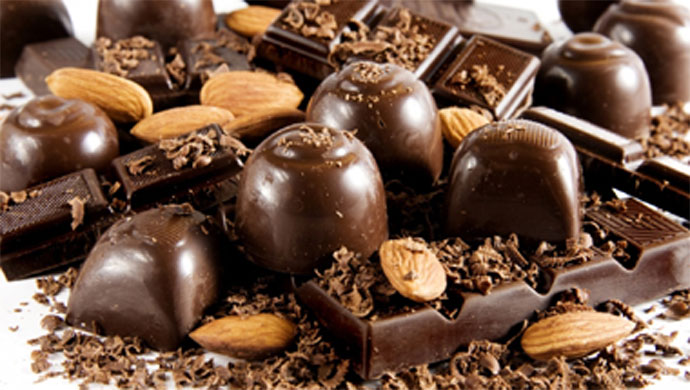 There are nutrients in it too. Surprised! Yes, chocolate contains essential trace elements and nutrients like iron, calcium and potassium, and vitamins A, B1, C, D, and E. So even if it is not the healthiest or the lowest calorie snack around, it is not a source of just empty calories. Chocoholics and the eternal romantics rejoice. Research has made it clear that chocolate and its main ingredient cocoa are good for our heart in ways other than just boosting romance; it not just gets the pulse racing but can help to keep it healthy too. There’s evidence now that polyphenols in cocoa help the body to form more nitric oxide (NO), a compound critical for healthy blood flow and blood pressure. Flavonols in cocoa prevent fat-like substances in the bloodstream from oxidising and clogging the arteries, and thus reduce chances of platelet-clotting. A study has found that in chocolate-eaters the level of low-density lipoprotein (LDL) cholesterol has dropped by about 10 per cent. A study published in June reported a 14 per cent lower risk of developing cardiovascular disease and a 23 per cent reduced risk of stroke in people who eat chocolates. Plus cocoa is one of the richest sources of magnesium too, which again is highly beneficial in keeping our heart in the pink of health. A cup of cocoa a day may help to keep the doctor and free radicals away. Some reports suggest that cocoa is even richer in antioxidants than better known "healthy" drinks like tea and red wine. Apparently, it has twice as many antioxidants as in a glass of red wine, up to three times more than those in a cup of green tea and up to five times more than those in black tea. Antioxidant compounds called polyphenols (procyanidins epicatechin and catechin) help the body cells resist damage from free radicals formed in the body owing to environmental pollution, poor diet, alcohol and drug use, and smoking. Free radicals can damage cells, thereby causing cancer and an accelerated ageing of the body systems. Cocoa is an effective antidote against these. 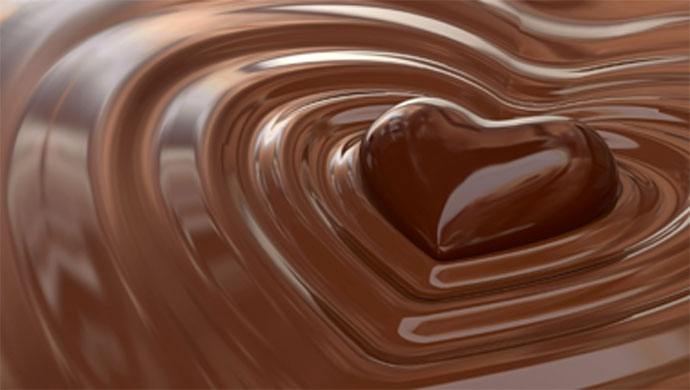 That doesn’t mean that you replace all your greens with chocolate (antioxidants right!). Chocolatey stuff tends to be steeped in fats and calories, so go easy on the quantity for sure. Moderation should be the key. Basically, the key message is not to feel guilty about eating a little chocolate every now and then. And ideally even though cocoa is found in many products, such as candy, cakes and ice creams, drinking it warm as a cup of cocoa milk is the best way to harness its umpteen benefits (compare this: a 40g bar of chocolate contains about 8g of saturated fat compared with 0.3g in an average cup of hot cocoa). Also remember, darker the better. The benefits are there in cocoa, not in the sugar and saturated fat.

#Antioxidants, #Serotonin, #Chocolate
The views and opinions expressed in this article are those of the authors and do not necessarily reflect the official policy or position of DailyO.in or the India Today Group. The writers are solely responsible for any claims arising out of the contents of this article.