No doubt my life had changed.

It’s only been one week.

I finally bit the bullet and put on my fitness band exactly seven days ago. Has it drastically changed my life? Will I never be able to function without a tracker from now on?

Am I constantly getting up and walking around to add to my daily step count or am I becoming half a loony because I’m reading up and researching on how little deep sleep I’m getting.

Yes and no. A little bit of all this actually.

Let me tell you how it happened. Sometime in 2015, a company that retails fitness trackers, gave us some samples to try in the office. Besides the fact that I just couldn’t get the data to sync to my laptop (maybe it was a faulty piece), the tracker did not have calorie counts for almost 90 per cent of Indian food.

So if you had idli, dalia, rajma chawal, kadhi, forget it. The tracker couldn’t compute any of it so you would essentially end up with half an assessment. I gave up and returned it.

Then, some six months ago, two enthusiastic colleagues bought themselves a fitness band each. This one was much cheaper and simpler, and focussed on just steps and sleep.

Hearing them discuss it each day - how many steps did you manage, oh you didn’t sleep well - piqued my curiosity, and keeping my plummeting fitness routine and ever increasing waistline in mind, I promptly ordered one off the internet.

As soon as it arrived, I was advised to download the app on my phone so I could sync the two, but my smartphone wasn’t smart enough for the app and it wouldn’t let me download it.

So back it went into its case and lay in my cupboard for months.

But every dog has its day and my tracker’s came too.

I recently relocated, and with much more time on my hands, my fitness was top priority. I had also bought a new phone in the interim, and syncing the band to the app was a breeze.

It asked me for my basic details (height, weight) and suggested I fix 8,000 steps as my daily target. I had heard that 10,000 steps a day is what one should strive for, but considering I was getting back to exercise after a long gap, I stuck to the suggestion.

Lo and behold. The very first day, I did 15,558 steps. My band vibrated with excitement and the app had fireworks, I kid you not. I thought it must be a mistake but the next day, I did 16,048. Over the week I continued to not only achieve my daily target but also crossed the 10,000 mark every day.

No doubt my life had changed. From being a full-time working mom who was spending almost 3-4 hours sitting in a car every day, being driven to work, and then sitting for another 8-9 hours at work, I was now on my feet, setting up home in a new country, with one help who was also not full-time. 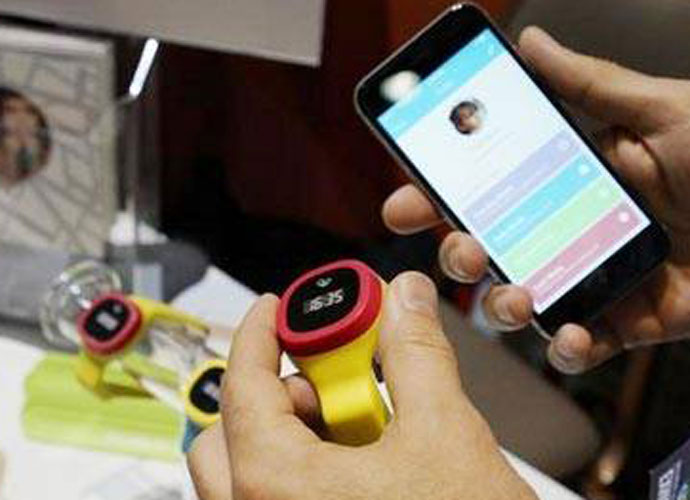 My band vibrated with excitement and the app had fireworks.

I was going to school, visiting supermarkets to stock up, and also doing small chores like folding clothes, and being much more active in the kitchen, etc. I was picking up the kids from school, taking them for a swim and so on. I had never estimated that a stay-at-home mum was so physically active.

Was I excited to see the steps building up? Was I peeping into my phone every now and then to see how the stats were stacking up? Of course I was. And, I was also being mindful of the little chores that I normally didn’t do, like picking up the towels from the stand or getting up to get myself a glass of water or making my bed.

Did I need to do all of this? Maybe not, but I was conscious of the fact that each little bit of activity was adding up. In fact, my biggest revelation was this: every little chore counts. We often think that we need to go to the gym or a run to stay fit but it’s OK to be a lazy slob at home. So not true.

But where the steps were making me more excited about fitness, the sleep analysis was getting me worried.

The band measures and quantifies sleep into two sections - light (or rapid eye movement) and deep (non-rapid eye movement) sleep. Deep sleep is the restorative sleep during which the body repairs and regrows tissue, builds bone and muscle, and strengthens the immune system, according to Webmd.com.

It is essential to our physical and mental well being. According to Dr John Cline, in Psychologytoday.com: “Some recent neural network research also indicates that deep sleep may be important in helping clear the brain for new learning the next day.”

However, and this is the worrisome part, on most nights I was getting barely 20-25 per cent of deep sleep, and on only one night did it touch 40 per cent. Last night, for example, was particularly bad.

Of the 7 hours 49 minutes that I was in bed, I registered deep sleep for just 47 minutes. But while it is difficult to pinpoint an exact figure, some online research showed that most adults get no more than 20-25 per cent deep sleep, so by that stat, I was fine. However, I still wanted to up the figure.

In order to make amends, I started researching ways to sleep better and realised that while some factors were out of my control (ageing, stress, medication, sleep disruption), I could improve my pre-bedtime routine to sleep better.

Being on social media was obviously a no-no, and binge watching SRK’s podcast with AIB or episodes of Koffee With Karan wasn’t helping. A shower would help to relax, as would reading a book. Also, going to bed at about the same time every day was encouraged, as was daily exercise.

Did things get better? Slightly. On two nights (the nights I was binge-watching shows online), my deep sleep went up (was watching Karan Johar that therapeutic?), until I realised the goof up.

On both nights I got into bed at about 10 pm and then didn’t register movement because I was sitting in bed quietly, worried I’d wake the kids up, and watching the shows on my phone.

I actually slept only after midnight but the phone showed my sleep time as 10.10 (the time I got into bed). So while I was wide awake, just because I didn’t move, the phone factored that as sleep time. Once I did the math, the deep sleep percentage obviously fell - drastically.

Also, there was one day when I woke up feeling pretty fresh but my app showed that I had hardly had any deep sleep. Immediately, my mind started to tell me that I should be feeling sluggish and tired, and perhaps I should skip the gym.

So, there’s that too. Does the band start controlling your mind, and should you let it? I went through the day without a nap, and I actually felt pretty OK.

A fitness freak I met recently told me he used the tracker for three months, going up to even 40,000 steps a day at one point, but eventually stopped using it after that.

Eventually, and this is just one-week gyaan: As a wake-up call to get fitter, the band is worth a try. Can you rely on it entirely? For sleep, I wouldn’t, for the steps yes.

The only reliable tracker, I’ve realised, is my own body, and the signs it gives me. I just need to sync myself to it.

Also read: 7 tips to get back in shape after pregnancy

Post your comment
#Fitness, #Sleep, #Exercise
The views and opinions expressed in this article are those of the authors and do not necessarily reflect the official policy or position of DailyO.in or the India Today Group. The writers are solely responsible for any claims arising out of the contents of this article.