It's a great idea to give up sugar for maple syrup

It packs within it 63 diffferent kinds of antioxidants. Now that's impressive.

Sugar has without doubt toppled saturated fat to become the biggest food villain of this century, because of the clear and extensive damage that it inflicts on our health.

In spite of this, most people find it difficult to cut it off from their diet and continue to consume sugar at an astoundingly high and unhealthy level.

I don't blame them, as whatever said, our sweet tooth, and the love for the "sweet" taste is difficult to shake off. Sugar after all (we know already) is addictive! 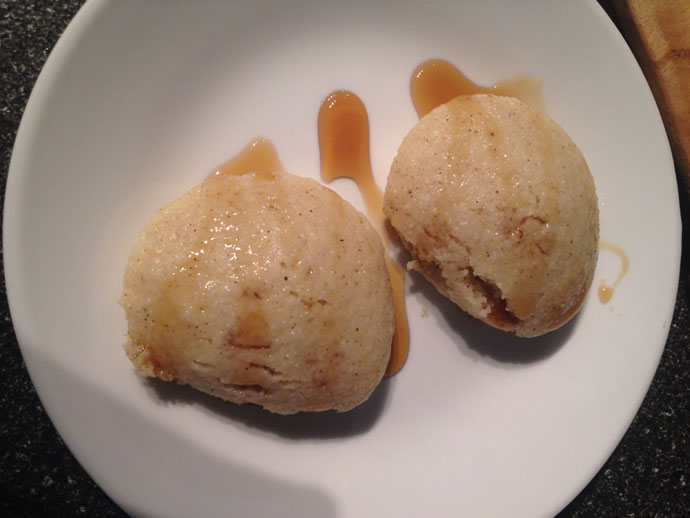 Plus sugar is there in almost everything we eat and drink — from soda to salad dressing and even in seemingly healthy foods like granola, flavoured yoghurts, protein bars and sports drinks — making it extremely difficult to avoid. Basically, even if one does not have a sweet tooth, mindless consumption still happens, often unwittingly!

For a while now everyone has been trying to look for alternatives to sugar which are less damaging.

But the standard solution being touted and marketed extensively — the artificial sweeteners — I believe, make the problem worse, as most of these have more side effects than can be listed in one short article.

Even natural sweeteners like xylitol, manitol and stevia, which although are comparatively better, keep the sweet craving and taste alive, so I don't really recommend these too. Studies have shown that people who use these, often eat a sugary food as well, easily defeating the purpose of the low-calorie sweetener.

So what's the solution?

I believe the solution lies in making prudent choices and controlling the portion size. By prudent choice I mean opting for a sweetening agent that is less damaging than sugar. One such option I came across and tasted extensively while visiting Quebec and Montreal last month is maple sugar, more commonly used and sold as maple syrup.

Known as liquid gold in that part of the world (Canada), where apparently 71 per cent of worldwide production happens (91 per cent of which is produced in Quebec alone), this option has the world excited, with its possibilities. It's a hot subject for research these days as scientists and maple advocates are delving deep into its molecular details to find out how it works.

And lately some interesting findings have come about: the fact that it is 66 per cent sugar, 33 per cent water, and rest 1 per cent delivers various bioactive compounds like vitamins, vitamins, hormones, polyphenols, antioxidants, amino acids and more.

In fact, maple packs within it 63 diffferent kinds of antioxidants.

What is interesting is that primary studies are showing that maple sugar not just accelerate glucose absorption by muscles thereby proving to be a wonder food for athletes, but can also help diabetics avoid blood sugar spike.

That's because it contains a significant amount of phytohormones of the abscisic acid (ABA) family, a molecule that may help against the onset of insulin resistance. While more work needs to be done here, am sure very interesting results will turn up soon, and might just lead in due time to declare maple as a "healthy sugar". Exactly the way olive oil is considered as a "healthy fat" today after science has thrown up its healthy secrets. Lets wait and watch.

Meanwhile I am supremely excited just by the fact that there seems to be on the horizon an alternative healthier sweet alternative. 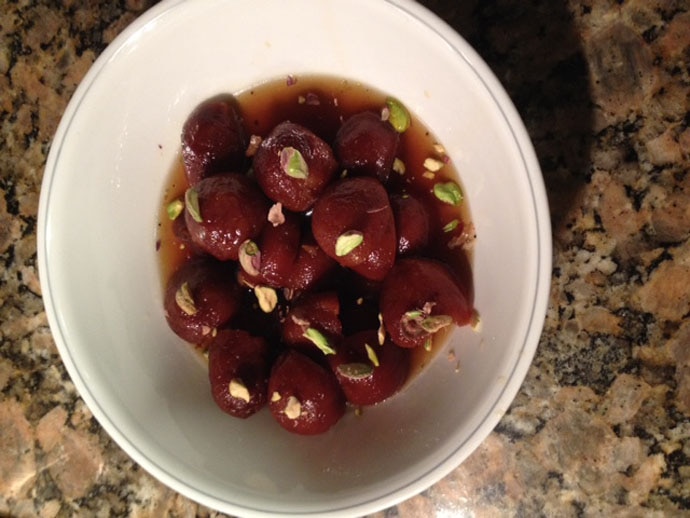 In Canada, specially in Quebec area, this is a staple (obvioulsy!), and fits in rather well in their gastronomy.

In fact a few maple masters (chefs who specialise in creating maple dishes) I spoke to told me that a big plus is that the syrup has the capability of mixing well on the molecular level with most food ingredients. One of them has asked me to read the book Taste Buds & Molecules by Francois Chartie to understand how this molecular chemistry works. Will do that soon.

So while I am definitely waiting for more research, secrets and benefits to unveil, I am happy to report that the taste is outstanding (it has a lovely earthy kind of sweet taste that I like), and am also satisfied with the fact that given maple's origin and transformation is from a plant's sap, we know for a fact that it is a completely natural product. ...and the waffles. Photo: dishmaps

So my answer to the question: whether maple has the potential to become a good alternative to the nutritionally empty sugar — is yes! I am game for it.

In limited amounts of course. After all no food, however good it may be, is good in excess.

#Diabetes, #Weight Loss, #Maple syrup, #Sugar
The views and opinions expressed in this article are those of the authors and do not necessarily reflect the official policy or position of DailyO.in or the India Today Group. The writers are solely responsible for any claims arising out of the contents of this article.