Your reproductive organs are not giving a gift to the world

To all parents, share more of the blame and less of the photos.

Given the current state of affairs in the world concerning global warming, hunger, poverty, refugee crises, and suchlike, it is the mark of a person with even half a brain to live with constant, niggling guilt.

You feel guilt when you know better. And seeing how mankind equipped with their one-touch electronic gadgets is obsessed with knowing everything, it's only justified that we feel guilty about everything. These days, you can't put the garbage out without feeling guilty about the percentage of plastic in it. 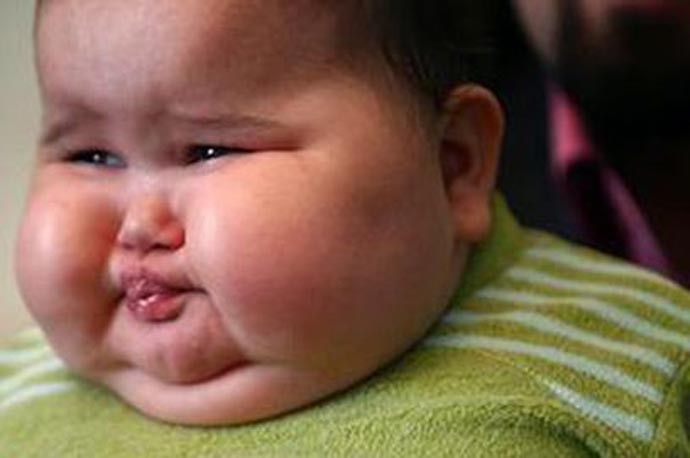 Is it even possible to desist a human finger from pressing the 'like' button on that Facebook photo of a friend's baby?

You can't buy new things without feeling guilty about child labour and sweatshops. You can't eat meat without thinking about overstuffed cages and animal wails. Or have cows' milk, or turn the tap on fully, or even eat plants anymore without worrying about their feelings.

You can't even shed a tear for a terror attack in one part of the world without being shamed for not caring about that other one in that poorer part of the world. But the one thing you can do, and not a single person on the planet will look at you crookedly, is have a baby.

There is absolutely zero, zilch, nada guilt involved in popping yet another human being out into the world. No blame is put on procreation. Nope, that issue is sacrosanct!

Have there ever been any newspaper/ magazine long-form articles informing readers about the social implications of reckless procreation? People's movements, banners, drawing room discussions?

Is it even possible to cease and desist a human finger from pressing the like button on that Facebook photo of a friend's beaming new baby?

I have to clarify that I'm not advocating any beef-level ban here, I am only talking about a little harmless guilt-tripping. Not guilty like the High Septon gets you to walk down the road - stark-naked with your stretch marks bare for the all the world to mock. Only guilty like yes, you caught me with my head in the fridge after midnight. It's only fair.

People can continue having their children, hell no one can stop them! But there should be some blame dumped onto their shoulders too. Why should their conscience be spotless when the rest of us feel like crap even if we absentmindedly accept the straw with the slushie.

Throw one plastic straw in the dustbin here, one turtle chokes somewhere in the ocean there. But wait, what are those diapers made of?

I'll probably be branded a bitter, barren old crone for saying such things. But you know what my gripe is? It's the lack of guilt. In fact a new parent feels the opposite of guilt; it's called pride. Here, world, enjoy the fruit of my loins.

And let's not talk about how it's a species' natural urge to multiply. Mankind's satisfied such urges so long and so hard that it's torn itself a whole new gash of upgraded urges. You can't have your Japanese water cake and eat it too.

No one's asking all you new parents and parents-to-be for a public apology here. No public apology was ever heartfelt. Just stop with the gloating and flaunting and beaming and boasting.

Accept that your reproductive organs are not giving a gift to the world, but doing their bit in screwing it sideways. Share more of the blame and less of the photos.

#Population explosion, #Childhood, #Parenting
The views and opinions expressed in this article are those of the authors and do not necessarily reflect the official policy or position of DailyO.in or the India Today Group. The writers are solely responsible for any claims arising out of the contents of this article.

The author has been writing for more than 10 years but currently spends her time playing Playstation 4. She has lived and worked in Delhi, then Bombay, then Delhi again.