Let us compare the big green toughies - kale and watercress - with our regular Indian greens.

It is hard not to fall into the trap of articles touting the virtues of foods hard to get in India. And the article Facebook threw at me this morning got the competitive Indian in me raring to go.

The past 50-odd years of total western food ideas' domination have left us imploring our children to return to the ways of their fathers mothers.

I, for one, am a prodigal daughter with a mission to turn over the world order.

Let us compare the big green toughies with our regular Indian greens: dhaniya patta, palak and the humble chaulayee.

Draw up an excel sheet of nutrients in each of the greens and highlight the highest figures.

And guess who literally glows with highlights?

It is the rather weedy chaulayee (in fact a South American weed that became a staple in this famine-ridden land) plucked from among the wild roadside growth by the poorer sections of society. 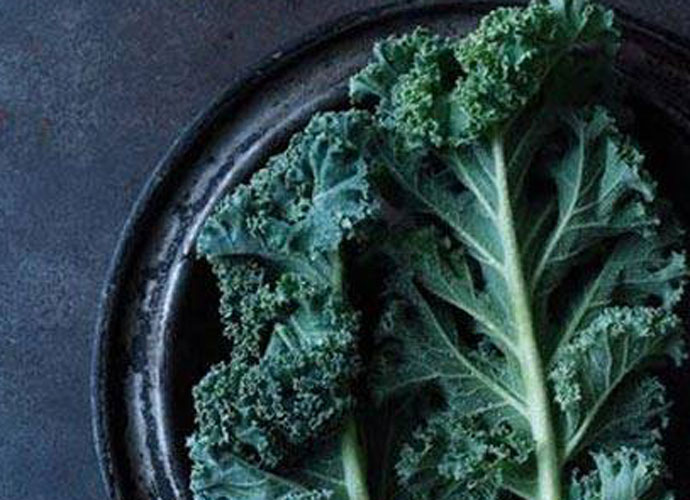 In the case of the A vitamins, kale wins hands down followed by dhaniya-patta.

While much is said about the peppery flavour of watercress and the zing it adds to salads and sandwiches, I needn’t waste space standing up for the aromatic dhaniya-patta garnish and fresh ground chutneys that can adorn and improve practically any savoury dish from any cuisine in the world.

The health benefits of making greens a regular part of one’s diet are universal, but for those with diabetes and heart disease, the high fibre content of our Indian greens offers spectacular support.

Not just fibre gram for gram, but the fact that the Indian way of cooking reduces the greens many fold, increasing the quantity that can be eaten. Imagine crunching your way through a square foot of kale or watercress versus a regular katori of chaulayee bhajee or a large dollop of fresh chutney.

It is satiating and keeps you feeling full longer. Remember, the two named diseases are linked to… well simply eating too much carbohydrate. And that happens when the last meal exits your stomach rapidly. You then reach for the easy to get snack foods or simply eat more during the next meal.

Watercress and kale eaten raw or barely wilted, the Chinese way, can be ingested in no greater quantity than a handful. And that means eating more of the accompanying items.

A treasure trove of minerals, the calcium in chaulayee beats watercress with a score of 215 mg/100 gram - 1.79 times greater, and kale by 1.4 times.

The gold for iron remains with Popeye’s spinach or palak, with chaulayee coming a close second. Dhaniya-patta has an edge over kale while watercress does not figure in the running.

When it comes to the antioxidant punch for which watercress is being currently celebrated, it is kale that emerges as the holder of the proud title with 120 mg to every 100 gram.

All greens have the same amount of protein which is miniscule. Ok, so kale has double that of miniscule. Please, no matter what you see on the Popeye show, try to get your iron and protein requirements from animal proteins.

Phosphorous goes to kale by a neat margin of an extra 32mg/100 gram of greens over watercress, which in turn claims an extra 10 mg/100 gram over both chaulayee and spinach. Not great news for those on dialysis.

Potassium, zinc and manganese go to chaulayee. And in the matter of selenium all the greens come out equal.

Copper goes to kale with 1,499 mg/100 gram of greens while the dhaniya-patta and chaulayee claim figures less than one.

When it comes to the antioxidant punch for which watercress is being currently celebrated, it is kale that emerges as the holder of the proud title with 120 mg to every 100 gram. Watercress failed to even match up to chaulayee though it has a wee bit more than dhaniya-patta.

There, now. I have been kind. And I need to be, for cooking destroys Vitamin C. Heating increases the rate at which vitamin C reacts with oxygen in the air degrading it. And boiling and throwing away the water causes losses as Vitamin C dissolves in water.

On the other hand, intake of antioxidants, such as carotenoids and ferulic acid, increases with cooked vegetables - pretty much because you then eat more of them.

Check the chutney vs smoothie trade-off. A traditional serve of dhaniya-patta chutney is about 15 gram and a cupful of raw kale that goes into a smoothie is 16 gram. Hmm. Hold on. Don’t empty that smoothie into the kitchen sink just yet.

Gram for gram, B vitamins go to Indian greens: riboflavin, niacin (this is heat stable), and pantothenic acid to dhaniya-patta and thiamine, B6 and folate to kale, with chaulayee coming a close second. 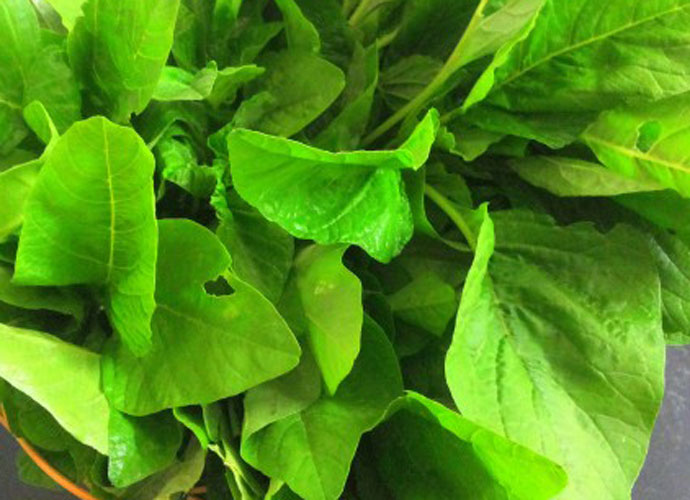 Guess who literally glows with highlights? It is the rather weedy chaulayee.

In the case of the A vitamins, kale wins hands down followed by dhaniya-patta.

Vitamin K - the blood clotting vitamin, in chaulyee is 4.5 times that in watercress and 3.6 times that in dhaniya-patta. And caution is urged for those taking blood thinners, for this is one vitamin that does not get destroyed by heat.

When it comes to comparing free radicals and its use in decreasing peripheral or autonomic neuropathy - scientists kindly shift your valuable focus to study the nutrients in Indian greens.

Skip the kitchen tips and enjoy chaulayee bhajee the way you like it and spice up that dhaniya-patta chutney with mirchi and nimbu for that Vitamin C punch. Serve yourself a generous helping (it is easier to double the chutney helping and enjoy it three times a day) and now empty that smoothie into the sink.

And when cooking palak, keep the salt low, for among all greens, it is the highest in sodium. A pinch more and it will become inedible.

Comparing the healthfulness of raw and cooked food is complicated, and there are still many mysteries surrounding how the different molecules in plants interact with the human body. The bottom line is to eat your veggies and fruits anyhow.

And if they can be made to taste better by cooking or pounding into a chutney, you are more likely to eat them.

And that's the whole idea.

A couple of cautions

Wash the dhaniya-patta with a salad wash before grinding it into a chutney or adding it as a garnish. And say a prayer of gratitude while you do it for the undesirable worm eggs prove the absence of chemical fertilisers and pesticides.

Now I feel like a parent who has taken a toy away from a noisy child and, looking down at its bewildered face, feels not an ounce of guilt.

Also read: Change your eating habit and you will live longer and healthier

#Indian Food, #Greens, #Healthy Diet
The views and opinions expressed in this article are those of the authors and do not necessarily reflect the official policy or position of DailyO.in or the India Today Group. The writers are solely responsible for any claims arising out of the contents of this article.