What is holding Indians back from honouring their drinking heritage?

The problem with us is that we do not romanticise our desi alcoholic drinks the way the French and the Italians have done so successfully.

With two BJP-led governments taking the lead to declare traditional brews (feni in Goa and "tribal drinks" in Assam) as "heritage spirits", we have a good reason to raise a toast to good times.

All alcoholic drinks in this world, even those that command a social cachet, had humble origins in popular beverages.

They got elevated because of the continual refinement of the production process and the marketing war chests backing them.

After all, whether its triple refined, or quadruple refined, or passed through diamonds, a vodka remains essentially a combination of - and ethanol derived from - the fermentation of potato, rye or wheat.

Also read - French have the strongest hearts: What Indians can learn from them

I had cashew feni (it is extracted from the juice of the bright orange, pulpy cashew fruit in the most rustic circumstances) in its birthplace Goa a year or so back, that too at a la dee da sit-down dinner at the Park Hyatt, which organises a hugely popular annual feni festival.

There was nothing "desi" about it - I had it neat and it reminded me of grappa (the Italian post-prandial spirit); I had it with cocktail mixers and I just love it with fresh pineapple juice.

The brand I was imbibing was Big Boss, the much-exported cashew feni brand nurtured by Valentino Vaz and now his son Mac at the Madame Rosa Distillery.

If the world can drink feni, why do we shy away from it? 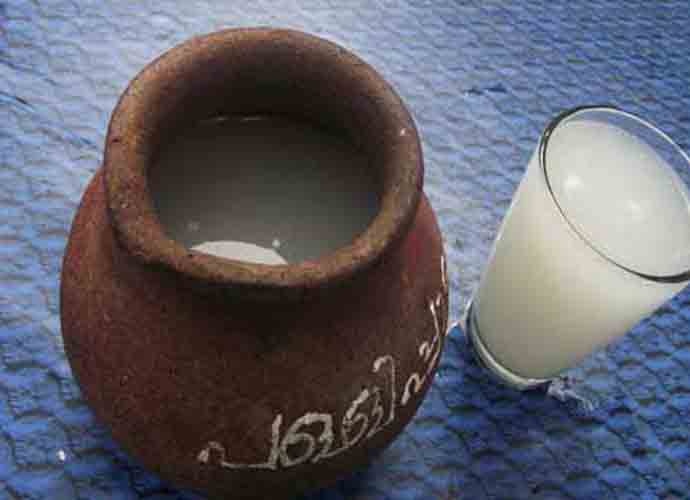 Why do we not take back a bottle or two of feni in the same way as we treasure the misleadingly labelled "Goan Port Wine"?

The feni I drank did not have the off-putting stench that the beverage is notorious for.

It had been refined like a good vodka would and it was backed by a marketing machine, and it found support from a luxury hotel - an association that at once edified it.

The problem with us is that we do not romanticise our heritage products the way the French and the Italians have done so successfully.

Rajasthan chief minister Vasundhara Raje, in her previous stint in the office she holds, got the state government-run Ganganagar Sugar Mills to secure the recipes and produce eight varieties of spice-infused royal heritage liqueurs.

These liqueurs are as old as royal families of the state, and their recipes are centuries old, but they are barely known outside a circle of connoisseurs.

What prevents the Rajasthan government from going to town with these liqueurs?

Also read - A poet remembers: Drinking in Goa and why alcohol is a false god

Mahua is another alcoholic beverage waiting to be gentrified and discovered by the world. It is very much a part of our national heritage, isn't it?

The Jharkhand chief minister, given that his state is the biggest producer of mahua flowers, would do well to follow in the footsteps of his Goa compatriot and the Assam finance minister and take up the cause of mahua.

Ironically, the state has the only distillery designed to refine the drink.

Based on the pot still method used to produce Scotch whisky, the distillery has been around since 1875, but because there's no push from the government, it's busy producing extra neutral alcohol from molasses, which is what goes into making domestically produced whisky and rum.

India can learn a lot from how South Korea has made soju - a vodka-like local drink produced after fermenting rice, wheat or barley, and sometimes even sweet potato and tapioca - the most consumed alcoholic beverage in the world.

Jinro, South Korea's premium soju, is the world's most consumed alcoholic beverage brand at 65.2 million cases (this is the IWSR figure; Drinks International pegs it much higher at 71 million cases).

In IWSR's much-quoted Real 100 List - it lists locally popular drinks, which sell many more times than the Johnny Walkers and Smirnoffs of the world - six soju brands make an appearance; three of them - Jinro, Chum Churum (No. 7, just below our own McDowell's) and Good Day (No. 9, just above Johnnie Walker).

Koreans drink soju like the French and Italian imbibe wines (with their meals); thanks to the Korean Diaspora, you'll find soju and soju cocktails in all upscale restaurants around the world; and Jinro is now being bottled in India - go to Akira Back at the JW Marriott, New Delhi Aerocity, and ask for a Soju 24.

Why can't all this happen to our feni, or mahua, or the heritage alcoholic drinks of Assam and Rajasthan? To make it happen, we have to discover them first.

#Indians, #Alcohol, #Drinking
The views and opinions expressed in this article are those of the authors and do not necessarily reflect the official policy or position of DailyO.in or the India Today Group. The writers are solely responsible for any claims arising out of the contents of this article.