Could women in ancient India really choose their grooms?

It's nice to romanticise svayaṃvara, but it is just as important to view it critically.

Bibek Debroy's translation of the Draupadī Svayaṃvara Parva of Mahābhārata opens with the words: "Svayaṃvara is a form of marriage where the bride chooses her own groom. The parva is about Droupadi choosing her own groom."

Svayaṃvara is often quoted as proof that women in ancient India were empowered to choose their own life partner. The concept is endorsed by the nomenclature itself: svayam (self) and vara (best, choice, act of choosing) from the root √vṛ, to choose. And we normally interpret this to mean the bride chooses her groom - an idea immortalised in the most romantic way by Chand Bardai's Prithvirāj Rāso. Which one of us hasn't been thrilled as a kid by the Amar Chitra Katha version. The princess is in love with Prithvirāj, her father hates him. He erects a statue of the hero as a dvārpāl at the princess's svayaṃvara to insult him. She garlands the statue, and the dashing warrior/lover appears to take away the willing bride amidst opposition and battle with her father and all the suitors present. And indeed we have instances of "svayaṃvara" in the ancient texts where the bride chooses her life partner. Damayantī loves and chooses Nala, foiling the intention of even the gods to fool her. (Nalopakhyāna, Vana Parva, Mahābhārata). There is no ambiguity about who has agency here. She loves him, she chooses him. The same is true of Sāvitrī (Pativrata Māhātmya Parva, Vana Parva), although epic redactors do not regard her marriage as a genuine svayaṃvara. Instructed by her father, she travels the land and finds a man she "weds in her mind", and she allows nothing, not even death to part them.

Other svayaṃvaras are mentioned in the epics. Kuntī chooses Pāṇḍu of her own free will from among a hall of suitors, in our conventional understanding of the term. In the same way, Indumatī chooses Aja in Kālidāsa’s Raghuvaṃśa. (Ch 6) In the case of Subhadrā’s marriage, Kṛṣṇa tells Arjuna (who is struck by the arrow of love), that while a svayaṃvara is prescribed for kṣatriyas, the outcome is uncertain as the girl's will is not known. This implies that Subhadrā did have a choice and may not have chosen Arjuna in a svayaṃvara. Hence, Kṛṣṇa recommends a forcible taking away (prasahya haraṇam), which elder brother (dharmarāja) Yudhiṣṭhira permits, and which as we will see later is a glorified form of marriage for brave kṣatriyas in ancient texts.

All svayaṃvaras did not afford agency to the bride, especially the most famous ones - those of Sītā and Draupadī. They were "svayam vara" in name only. In fact, it is the father of the bride decided on a course of action. He set a task which only the "vara" (best) suitor can accomplish. To this man he would give his daughter. While the many kings and princes assembled try their hand, the bride waits, one imagines, garland in hand. She is bound to choose the one who completes the task. She cannot deviate from this. Draupadī’s father had Arjuna in mind when setting the task and Arjuna it is who wins. Not that Draupadī is a "gūṅgī guḍiā". She can choose who not to marry. When Karṇa approaches the task, she says in a loud voice that she will not marry the son of a suta (even though he was up to the task). Parental judgment, in these cases, was central, rather than the will of the girl. Even the boy's father had to consent, as in the case of Rāma. Even after breaking Śiva's bow, the marriage with Sītā was not solemnised till after Daśaratha's permission was received. (Rāmāyaṇa 2.110.49-50).

Svayaṃvara, in any event is a pre-marriage function, rather than a form of marriage. Not surprising then that it is missing from the dharmaśāstra list of marriages (Manu 3.20,21). Neither is it dealt with in the didactic portions of the Mahābhārata - the Śānti and the Anuśāsana Parvas. It should be noted that Manu does include it under his discussion of the dependence of women, where he allows a girl to choose her own husband three years after reaching puberty if her father has not married her off by then. (9.90-92). Sāvitrī's choice of partner seems to follow this rule. 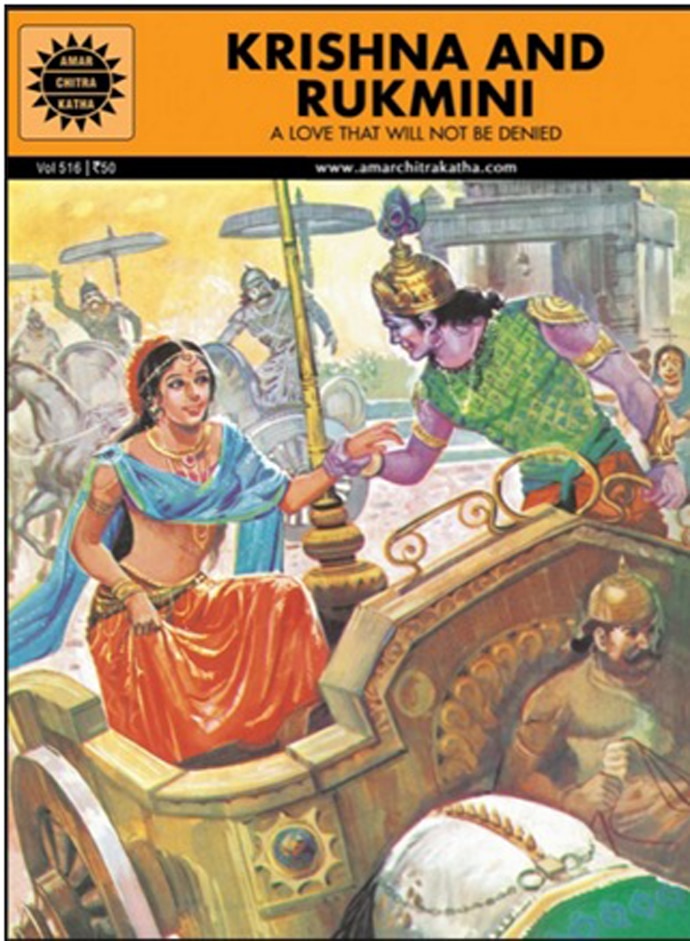 This is not to say that women had no choice. In fact strong women, women in love have continued to set their hearts on a mate, let him know, and if necessary, elope with him in defiance of opposition from a parent or a sibling. Such was the case of Rukmiṇī, who loved Kṛṣṇa but her brother objected to the match. She engineered an "abduction" by Kṛṣṇa just before her proposed wedding to Śiśupāla (Bhāgavat Purāṇa X 53-54). In dharmaśāstric terms, this is a rākṣasa marriage, one that is frowned upon. But what is important is that Rukmiṇī was in love with Kṛṣṇa and wanted to marry him. Hence the means were justified. Although the Harivaṃśa does not mention this, the Bhāgavat Purāṇa version has Rukmiṇī actually writing to Kṛṣṇa asking him to come for her. In much the same way, centuries later during Akbar's reign, Durgāvatī would write to the Gond prince Dalpat Shah whom she wished to marry against the wishes of her father. Likewise did Saṃyuktā let Prithvirāj know of her desire.

Hence we can see that women in ancient India (at least princesses) had the opportunity and the means to express their love, even if it was in the face of opposition from their family. However, it was not automatically and always in a svayaṃvara. It's nice to romanticise svayaṃvara, but it is just as important to take a critical view of the ceremony.

On the flip side, forcible marriages, where the woman's consent was neither sought not required were in vogue at least during epic times. We heard from Kṛṣṇa that carrying the bride away forcibly was praiseworthy (Ādi Parva 219.22, Cal. ed.). This is the opinion also of Bhīṣma, who attends the svayaṃvara (which turns into an abduction) of the daughters of the king of Kāśī.

Not only did Ambā, Ambikā and Ambālikā have no choice among the suitors in the hall, it turned out they were being taken for someone who was not even in the hall to prove his valour - Bhīṣma's younger brother! While fighting off the other suitors, Bhīṣma pronounces - "sages say that a wife taken by force amidst an assembly of kings after defeating them is to be highly prized"… and then challenges the assembled kings to try and stop him (?di Parva 102.11-13). Well, we all know how that story turned out for Bhīṣma… And was Mādrī given a choice when Bhīṣma "bought" her as per her family tradition? Did Gāndhāri choose? If you're not sure, why not learn Sanskrit and read the ancient texts in the original? Till then you could immerse yourself in the knotty problems of dharma, marriage and choice by reading Bibek Debroy's translation of the Mahābhārata.

This article is based on:

#Marriage, #Ramayana, #Mahabharata, #Ancient India
The views and opinions expressed in this article are those of the authors and do not necessarily reflect the official policy or position of DailyO.in or the India Today Group. The writers are solely responsible for any claims arising out of the contents of this article.