A speech can have resonance with other women only when it relates to their experiences, not when it alienates them.

Two young women from my alma mater, Lady Shri Ram College, have been in the limelight for very different reasons. Gurmeher Kaur's recent protest against the ABVP's disruption of a DU seminar, reminiscent of her 2016 petition to the government to stop hate-mongering and end war, was too much for our fragile guardians of nationalism.

Faced with abuses and rape threats, she was hounded into withdrawing her campaign (including from stalwarts of our two favourite industries - Bollywood and cricket).

This violence she encountered represents the sorry state of women's rights in India.

Cut to Mira Rajput's controversial International Women's Day interview that is the focus of this article.

Far be it from us to ask what she was doing at a Women's Day seminar in the first place (she is Bollywood actor Shahid Kapoor's wife). Such a talk must be understood for what it is - a position of privilege that does not attempt to bridge the many gaps between her experience and that of other women. Photo: IndiaToday.in

In the interview, she takes on feminism and motherhood, both very loaded terms, and does them a disservice.

What seems to have been intended as a meditation on traditional values and modern ideals that women juggle today comes across, in parts, as a reductive portrait of women as wives and mothers, and sets a dangerous precedent.

Let me recount the reasons.

As we now know, the personal is political, and it is the job of those fortunate enough to have an education to open up ways in which discrimination occurs within seemingly benevolent structures like home and family.

Speaking on a public platform is a responsibility, especially on an occasion like Women's Day, and must be addressed as one.

Her talk of life after marriage being defined in terms of being a mother, wife and "keeping good home" adds not only to patriarchy's fantasy, but also suppresses the efforts of feminism to undo these categories that have been historically used to oppress women.

Is there anything fundamentally wrong with being a homemaker? No.

She wasn't talking about the invisible cost of labour performed at home. Instead, she paints a portrait of home as an idyllic space, and marriage as devoid of any "negative experience".

There is no mention of the challenges that marriage poses. Her version of marriage is the Instagram version - having fights, getting along, laughing a lot, raising their child together and being the best of friends. 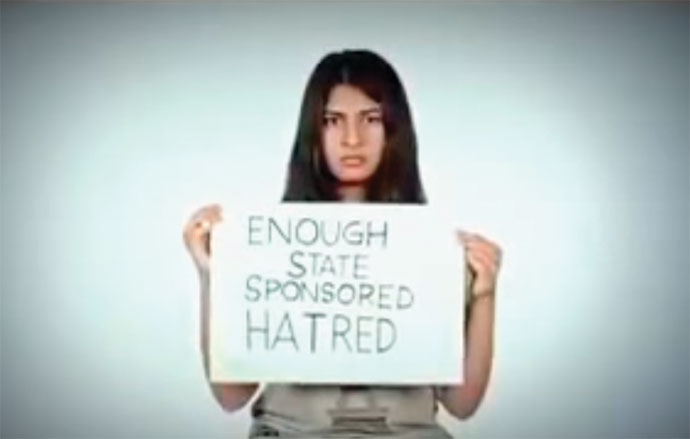 She glosses over these categories with the nonchalance of one with nothing to lose.

In her speech, these loaded categories trip over each other and present a jumbled understanding of feminism.

Feminism means different things to different people, but there are some fundamental precepts that hold it together like seeking equal rights in the personal, social, political, economic and public spheres, respecting women's choices, and recognising them as equal moral agents.

One of the problems that feminism faces is lack of consensus among women about how feminists must look, behave and what life choices they make.

You can be a mother, wife and a feminist. But a speech can be understood to be feminist and have resonance with other women only when it relates to their experiences, not when it alienates them.

This discrepancy appears in the most problematic part of her interview when she condemns working mothers by implying that their decisions of re-joining the workforce after childbirth is to treat their children like "puppies".

Reducing the historical experience of women fighting to enter the workforce, to get equal pay and secure respect by declaring it simply as a "choice" between working and not working is not representative of women's rights.

She was also uniquely positioned to speak about a lot of problems faced by mothers, even if they were problems she hadn't encountered.

Postpartum depression, problems of public healthcare like forced C-sections, maternal and child malnutrition, discrimination in workplaces - all these form the everyday experiences of mothers in India.

Any woman with her eyes open in the 21st century is aware of male entitlement.

Actress Kangana Ranaut's neat takedown of a Bollywood veteran talk and show host (who she said exemplified the industry's nepotism) is still fresh in our memories.

It is important for speakers addressing public forums on important occasions to demystify sacred cows and reveal them for what they are.

After all, all these conversations constitute public culture. Public culture becomes what we ask of it, what we endorse, what values we share, what rights we uphold, what structures we validate.

In a period that is experiencing the silencing of dissent, shutting down of spaces for academic and democratic discussion and deliberation, such a talk must be understood for what it is - a position of privilege that does not attempt to bridge the many gaps between her experience and that of other women.

Recently, Vogue featured the accomplishments of millennials under 26, 12 of whom were women, among them a fighter pilot, poet, designer, golfer, inventor, rapper and lawyer.

Being a homemaker is the basic minimum expected of women who enter the institution of marriage, and such expectations need to be challenged precisely by women from the inside.

To speak as if these problems do not exist - especially on a day earmarked to recognise the historical situatedness of women's rights - is problematic.

Speaking on the occasion takes on a historical significance that falls flat in this case due to its lack of nuance.

Much as I respect her right to air her views, it is a questionable choice to do so on a day when women have rioted and picketed for their right to equal pay, to vote and include themselves as part of political consciousness.

Their fight is a far cry from what Mira Rajput claims to stand for.

Post your comment
#Feminism, #Women's Day, #Mira Rajput
The views and opinions expressed in this article are those of the authors and do not necessarily reflect the official policy or position of DailyO.in or the India Today Group. The writers are solely responsible for any claims arising out of the contents of this article.