This Mother's Day give motherhood a break, and a lounging chair

Women don't want to be 'assigned' a status.

"God could not be everywhere, so he created mothers." Reading a popular quote like this makes me feel like yet another nail has been driven into the cross mothers have been made to bear for centuries.

Some men have irritably responded to this observation by saying, "It's true that you can never make a woman happy. Assign divinity to her and she would still find a reason to crib."

Well, to begin with, women don't want to be "assigned" a status. All they want is to be able to breathe free as people. Since women are often accused of substituting logic with sentiment, let us try to view the argument in as quantifiable a manner as possible. 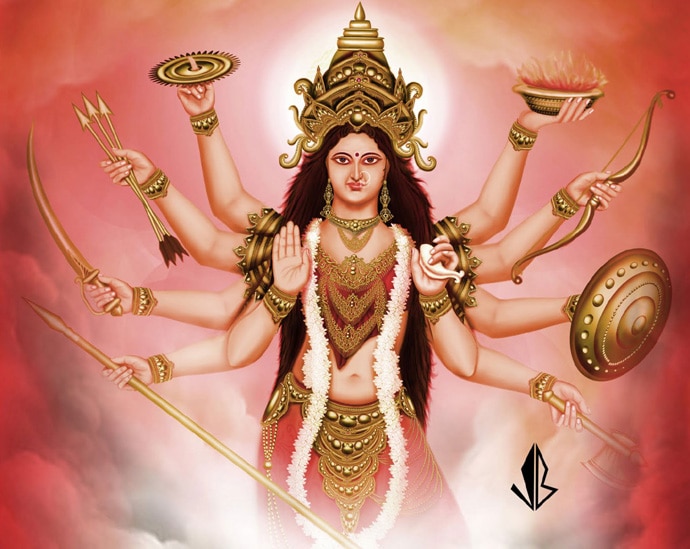 Mothers are "supposed" to be goddesses.

To prove: A straight-backed chair is more comfortable than a pedestal.

Proof: These are a few tasks gods are supposed to perform:

- To give what is asked for, without asking back

- To remember that to err is human, to forgive divine; to never falter, to always forgive

- To never speak/complain, despite what you are forced to take/is flung upon you... incessant chanting like the buzzing of mosquitoes into your ears, sticky sweets, canker-ridden flowers, the nauseatingly strong smoke of incense sticks.

- To get used to being taken for granted, to stay forgotten until you are needed.

As a corollary, the Mother Goddess must also perform the above-mentioned functions. Maybe it should be made mandatory for all mothers to undergo acrobatic training, so that cakewalks like these can be managed with perfect ease. Women are damned if they do it and would still rot in limbo if they do not. QED.

Also read - The adventures of a single mother in India

My aunt in Bihar once disapprovingly told me of a woman who had reported her son to the police. The son was an old alcoholic and used to beat up his mother regularly. This act of hers turned the whole neighbourhood against her, who failed to fathom the mystery of the "kind" of mother she was. As if they acknowledge the existence of more than one kind! Would the mother's "forgiving and forgetting" her son's dastardly behaviour really have been the best thing to do?

One doesn't intend to chip away at the bond that exists between a mother and her child. But is constant self-effacement the only way to prove this love? If a mother wants to partake of the small pleasures of life, it is often seen as a mark of disloyalty towards her role as a giver.

Once she has slipped into this part, at no times must she endeavour to shed this suit and live as just another being? And this, when men often cry foul saying that women should ask for what they want, instead of expecting men to understand all their wishes.

Motherhood might mean fulfilment for a number of women. But why can't other women be let alone to find this completion in whatever else they like? Why should anyone else take decisions about what use we put our body to? It is pitiable when women who have entered the state of motherhood grow to be derisive of other women.

They are seen as devoid of all emotions, irreverent about the importance of a "family life". These are perceived not just as lesser gods but also as lesser women, the ones who would never be "complete". It is this attitude which is mirrored in the vehement moral-religious furore raised against abortion rights. "Vamps" in soaps and films are condemned if they do not want to be mothers, while the heroine is ready to die or have her spouse marry another woman as long as the house gets populated with a pack of robust cherubs.

Also read - Why I decided not to have a child

That working women make incapable mothers is another bizarre, much-peddled myth. Such stereotypical pressures and the accompanying bitterness, on a few occasions, comes through in their relationships with the rest of the family, including the child.

Or, as happens more often, there is a rise in the level of expectations she has from the family for which she has put the rest of her life on hold, which they are naturally unable to satisfy. It is not a coincidence when women in these situations undergo nervous disorders and clinical depressions.

In The Second Sex, Simone de Beauvoir has rightly identified the problem, "The woman who enjoys the richest individual life will have the most to give her children and will demand less from them..." So should "mum" really be the word of the day?

#Women, #Motherhood, #Working mothers, #Mother's Day
The views and opinions expressed in this article are those of the authors and do not necessarily reflect the official policy or position of DailyO.in or the India Today Group. The writers are solely responsible for any claims arising out of the contents of this article.