Intimacy, extremely taboo in India, is expressed quite openly at the Bandra suburb.

The Bandstand Promenade in the Mumbai suburb of Bandra is one of just a scant few places in Mumbai where people from all walks of life co-mingle. The 1km-stretch, flanked by the Arabian Sea to the west, is a popular destination for strollers, joggers, tourists, and young lovers seeking a little bit of privacy. 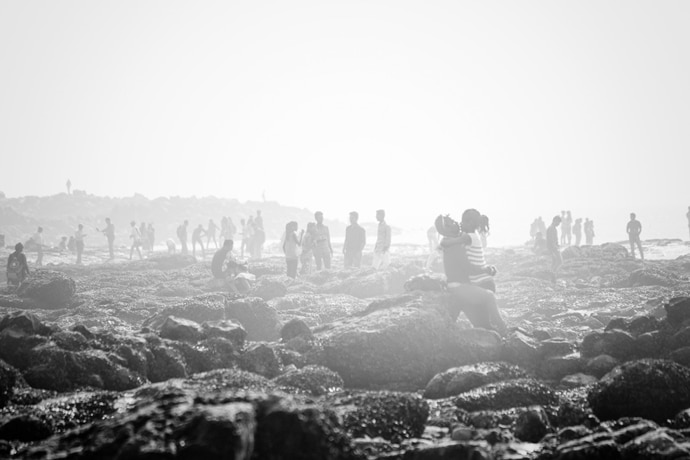 Lending prestige to the locale are the expensive apartment buildings perched above it all, owned by some of Bollywood's top A-list actors and India's business elites. A place of contradiction, Bandstand reveals its notorious charm even more when the tides recede and Mumbai's terrestrial borders expand a few hundred meters out, reclaiming a dark, rocky landscape NASA might test their Mars rovers on. 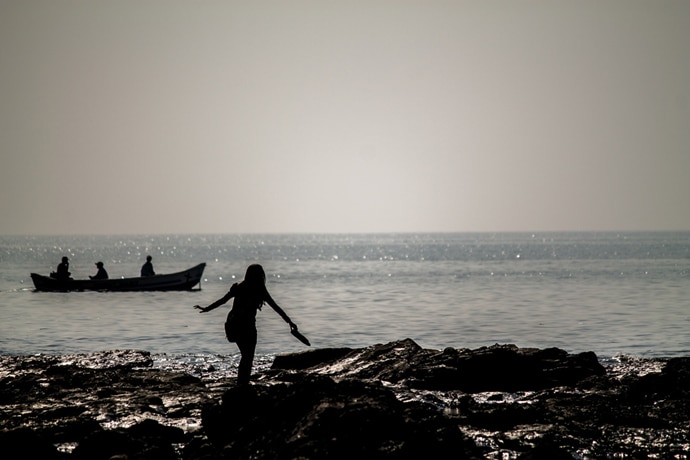 On December 9, 2015. My friend Raghav and I decided to visit Bandstand after lunch. I was there to take pictures but thought I wouldn't be seeing too many people out during the fierce midday sunshine. I was wrong. The place was packed with people. But not so much on the footpath. What became very evident were the poor families and groups occupying patches of shore, making use of the extra space not afforded to them in nearby streets and slums. The contrast between the leisurely groups and those trying to eke out a living was stark. I watched three Muslim ladies make their way down to the water with a little bit of trepidation. I had only slipped on the slick rocks minutes before this shot was taken. There were many young couples making use of their precious time alone together. 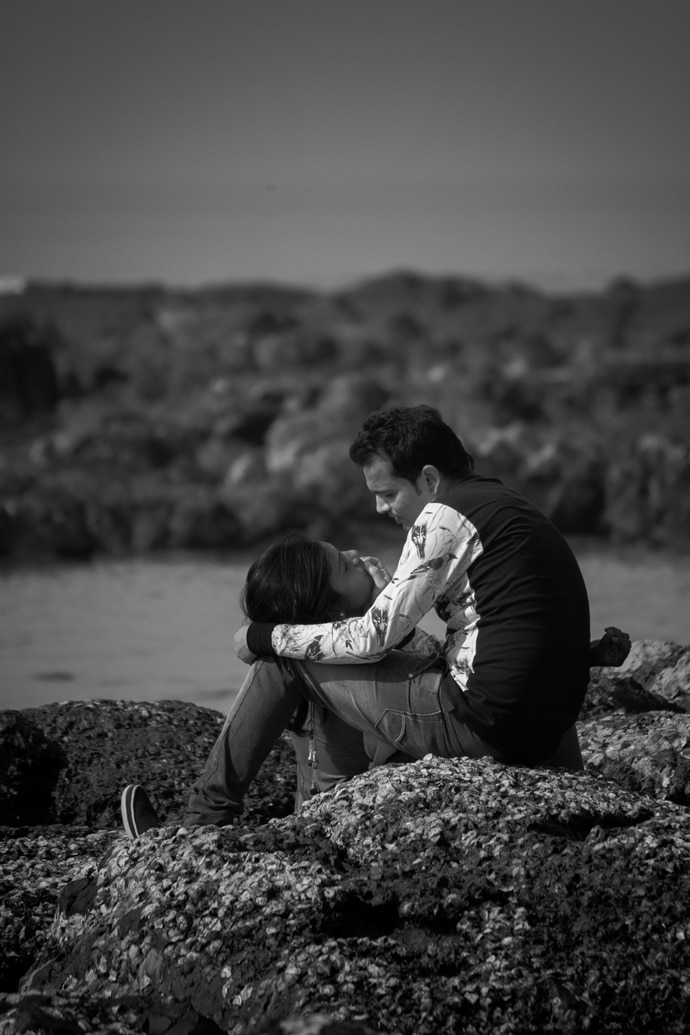 While such intimacy is extremely taboo in India, in Mumbai it's expressed quite openly at Bandstand, especially when the tide is low. One could almost imagine a herd instinct at work here where couples feel altogether safe from authoritative eyes and anonymous. Two street kids approached me on shore and were happy to pose together. The little girl asked for candy and I couldn't help but feel bad telling her I had none. Next time, I will be prepared!

#PDA, #Mumbai, #Photo essay
The views and opinions expressed in this article are those of the authors and do not necessarily reflect the official policy or position of DailyO.in or the India Today Group. The writers are solely responsible for any claims arising out of the contents of this article.