Diet rich with mushrooms can help fight every lifestyle disease

The wonder antioxidant covers everything from weight loss to cancer resistance, to even happiness.

The Pharaohs prized mushrooms as a delicacy, and the ancient Greeks and Romans fed them to their warriors.

But why would someone even want to eat fungi?

It seems that all three civilisations got it right, as these potent fungi are both tasty as well as super healthy.

There seems to be a lot going for them actually!

In fact, they are one of the healthiest ingredients you can plate to give your body a health boost. 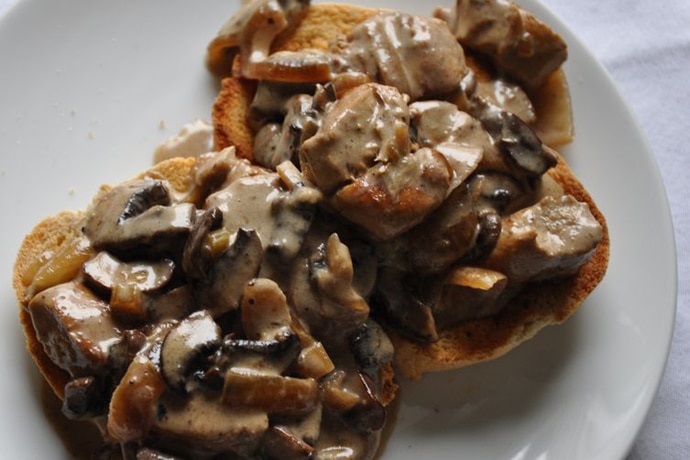 They provide a power nutrition punch.

Extremely nutrient dense, they are low in calories (100 grams give only 34 calories), are fat and cholesterol-free, and naturally low in sodium and high in po-tassium; they out rank even bananas on the potassium chart.

Plus they provide complete protein (one of those rare vegetarian sources that delivers all essential amino acids) and decent fibre (2.5gm), and there's an overload of vitamins, minerals too, most notable of which are vitamin C, B vitamins, zinc, copper, manganese and the difficult-to-find antioxidant selenium. 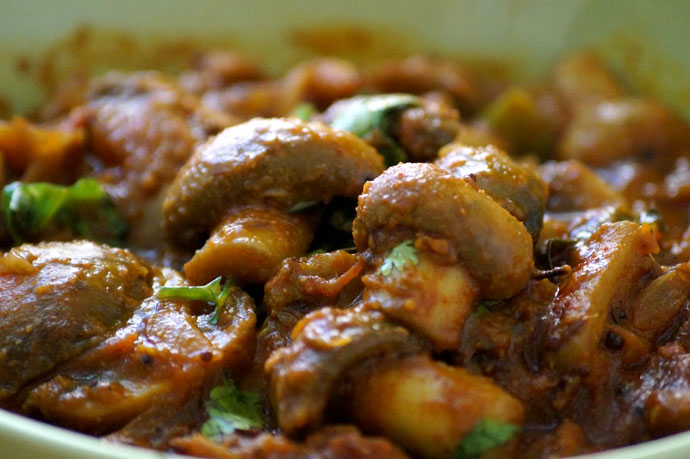 They are a rare vegetable source of the critical vitamin D too. So there's a lot packed inside their rubbery skin.

Plus their high levels of polyphenols help them beat even colourful veggies like green peppers, carrots, green beans, and tomatoes on the antioxidants scale!

They are loaded with a powerful micronutrient called ergothioneine.

Cooking actually releases this powerful anti-inflammatory antioxidant nutrient from the mushroom cells and makes it available.

The best news of all is that most of a mushroom's nutrients remain stable even when cooked (unlike many other veggies). 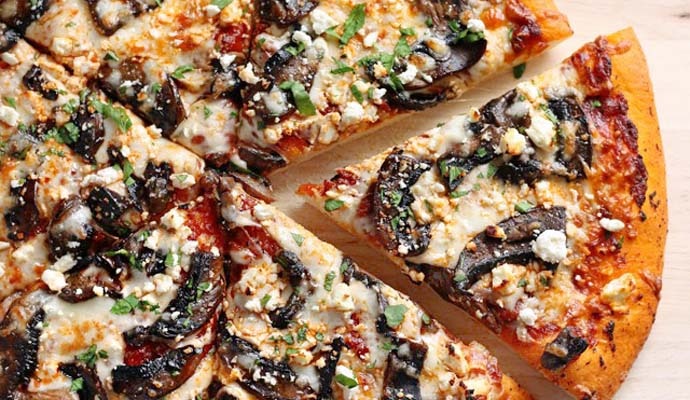 And you'll also be surprised to know that mushrooms are a probiotic food and help strengthen the body from inside by upping our natural resistance to diseases.

The Zinc in them adds power to the white blood cells, the disease fighters of our body.

And when immunity is robust, cancer and infections have a slim chance of getting a toehold. 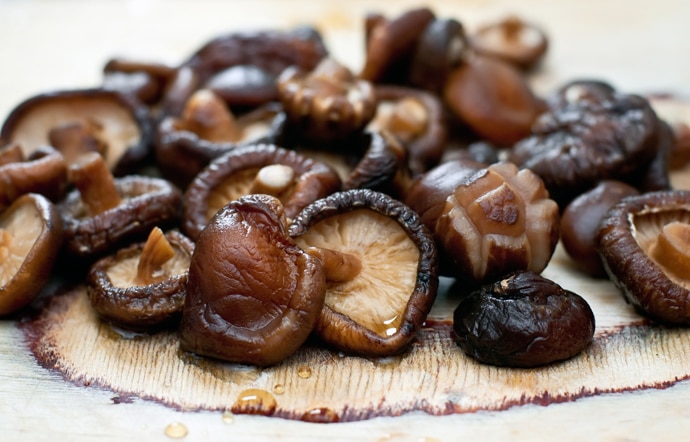 That is why interestingly, compounds in mushrooms are being studied extensively for their natural anti-cancer effects and it is being found to be specially effective in preventing breast and prostate cancer.

In fact, the Japanese FDA has licensed an extract from shiitake mushrooms as an anti-cancer drug.

Another variety maitake is also a formidable cancer fighter as it contains grifolan, an important bet - glucan polysaccharide, which has been shown to activate the immune system.

Yes! Our metabolism relies on a healthy dose of protein, fibre and vitamin B to keep it functional and robust.

And mushrooms rank high in all three of these metabolism-supporting nutrients.

Plus they are loaded with vitamin B2 (riboflavin) and vitamin B3 (niacin), both of which again help boost body's metabolism (which translates into a thinner you). 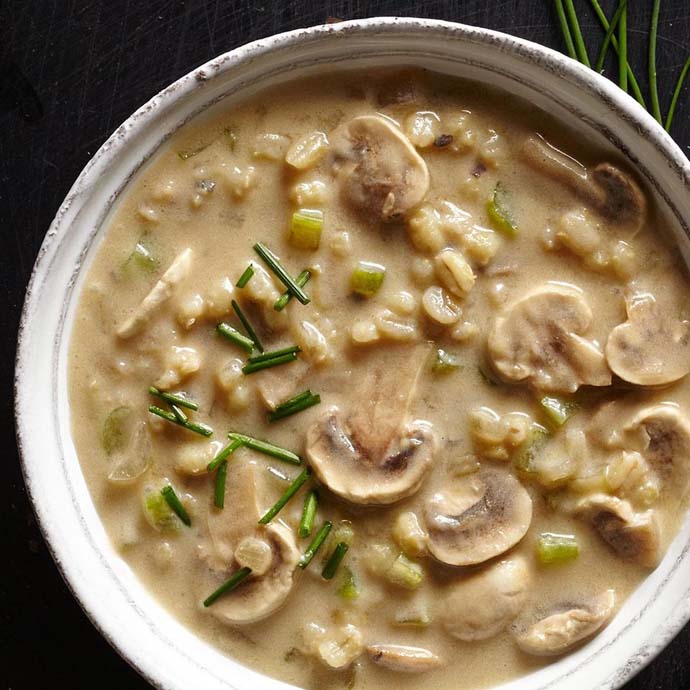 And, of course, their high-fibre content and low calories help minimise calorie damage and loads of satiety.

They are a liver tonic too. Reishi mushrooms have been found to have a healing effect on the lungs and are particularly beneficial for individuals with asthma and other respiratory complaints.

Reshi is also said to elevate the spirit and help in spiritual uplift by calming and supporting the nerve function — they are definitely helpful for those who suffer from chronic stress, anxiety or insomnia.

So eat mushrooms and be happy! Plus they are an anti-diabetic food as they are known to contain certain compounds which help proper functioning of the pancreas and other endocrine glands, thereby promoting the formation of insulin and its proper regulation.

They are being studied for their effect against AIDS too.

Test-tube studies in Japan indicate that LEM, an extract of shiitake mushroom, is more lethal to HIV-infected cells than AZT, a well-known medication developed to delay the progress of AIDS.

Future looks great for this fungi.

It's time we began plating more of it too. I like to have them simply stir-fried to chewy consistency at least twice a week.

I also love to eat this Mushroom Toast (recipe from my book Don't Diet! 50 habits of thin people):

Heat two teaspoons olive oil. Drop in two garlic cloves and sauté for half a minute.

Season with salt, pepper, lemon juice and oregano or any other herb you prefer. Pile onto a multigrain toast and dig in.

You can find your own way of incorporating them. And try to have different kinds (there are actually 250 edible mushrooms known to us), as the benefits vary. 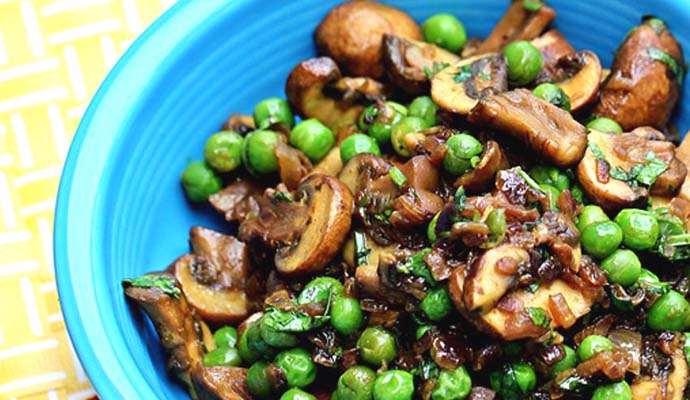 I only wish we got more varieties (besides just button mushroom) easily in India.

I still can't stop salivating over the 15 different varieties I saw being sold at a grocery shop in Montreal on my trip there last month.

So much health (and taste) on display.

I actually seriously considered immigrating just for the mushrooms!

#Food, #Health, #Mushrooms
The views and opinions expressed in this article are those of the authors and do not necessarily reflect the official policy or position of DailyO.in or the India Today Group. The writers are solely responsible for any claims arising out of the contents of this article.