On what grounds am I really saying no?

It's a common conundrum in most households with children. All over the world. The minute you have a child over 6 or 7, the question inevitably pops its head up.

"When can I get my own cell phone?"

And then, it doesn't go away. Not until you "succumb" or find your child a distraction.

And if you have a pre-teen, the need to chat exclusively, to get access to WhatsApp is greater, every whine and every complaint and every sulk relating to only the elusive cell phone, the one that every classmate of hers has, even juniors, but the one her cruel parents won't give her. 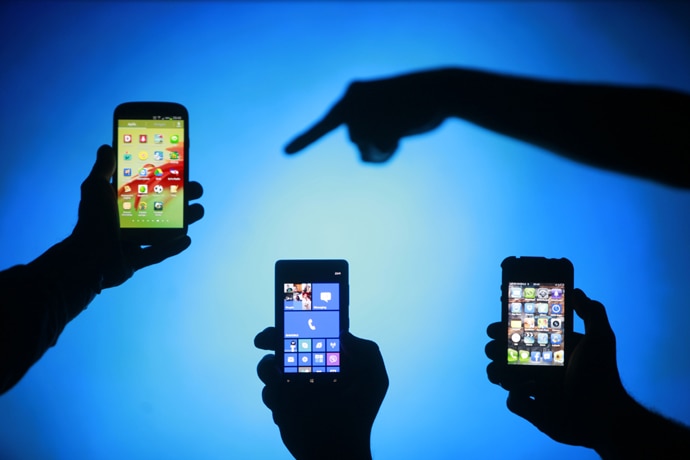 I don't quite know any more what 'old enough' is.  Photo: Reuters

I have a 10-and-a-half-year-old and it started a few months ago. Courtesy peer pressure. Courtesy other kids who were coming to birthday parties with a driver and a nanny, from the age of 7, iPhone in tow.

We've "resisted" it all this while, citing the "you'll get one when you're old enough".

Except, I don't quite know any more what "old enough" is. Nephews got it when they were 16, but then that age barrier kept falling rather rapidly.

To make peace, we gave her an email ID instead, and Google chat somewhat compensates for WhatsApp. We've also tried the "but why do you need it", except she comes back with a "you guys are on your phones the entire time; I want my own gadget too".

I've been thinking about it. On what grounds am I really saying no?

Is it because I want to feel like a responsible parent, doing the right thing, not giving my child instant gratification (the source of all modern ills, say counsellors), or just because I have the right to say no as a parent?

So I thought I'll break it up. And I know I'm being the devil's advocate, but, honestly, my arguments against it are not adding up anymore.

The point is, just as we don't ask anybody else what age we should take our kids out for Hindi films, or how much junk food we should let them eat, this too is a decision that each family must make for itself.

Every home has a different dynamic and works to a different tune. Arguments about a cell phone shouldn't be the source for cacophony. It's not worth it.

Post your comment
#Cell phones, #Consumerism, #Indian parents, #Childhood
The views and opinions expressed in this article are those of the authors and do not necessarily reflect the official policy or position of DailyO.in or the India Today Group. The writers are solely responsible for any claims arising out of the contents of this article.