They succeeded in making me undergo what a survivor of sexual violence goes through.

"No enacting a wrestler is not the same as being raped. And no, it’s got nothing to do with being a woman. Young boys too are sodomised violently, as are little children. Prostitutes are raped, as are transgenders. Married women are raped. Fathers. Brothers. Husbands. Priests. Godmen. Lovers. Policemen. Neighbors. Watchmen. Taxi drivers. Criminals; all rape.

Rape isn’t the problem. The word I mean. Which is why idiot actors like Salman Khan or political honchos use it lightly in speeches and box office interviews. Objectifying not just a single sex. 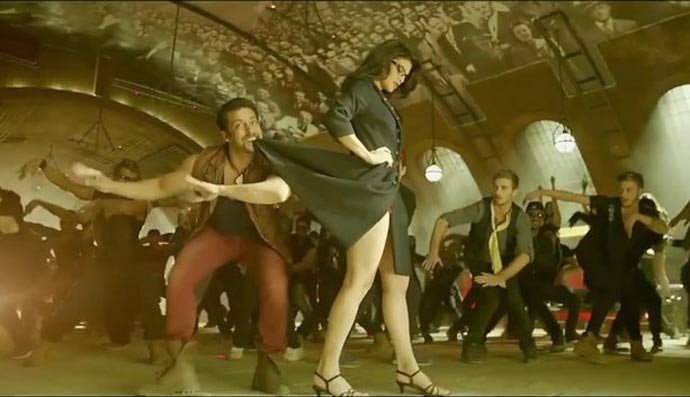 Is there something pleasurable about violence against women that makes it a ritual in India?

But making light of a grievous crime that continues to rob the dignity of an entire nation. A nation that worships onscreen heroes and votes for corrupt politicians. That prostrates itself before men in saffron.

That lacks the courage to criminalise marital rape. Where child sex abuse and child sex trafficking rates skyrocket everyday. Where homosexuality is unnatural and eunuchs beg at busy street crossings. Where Salman Khan gets away.

Where his father Salim Khan immediately apologizes instead. Where TV debates clamor. Where justice is raped. Where all we can do is post an impotent status message. Before we all go back to the darkness of an air-conditioned multiplex. Where it’s easier perhaps to forget. The shrieks. The stains. The silences. Where men like Salman Khan get away. Unscathed. Where we. Pay to watch them. Again and again!" [sic]

Barely had I posted this status update on Facebook that my Messenger inbox was inundated with angry, hysterical messages.

Bhai's supporters were livid that I had dragged the superstar’s name in the mud. "R*ndi, you need a lesson... leave our Bhai alone. And get your p***** serviced instead,” read the first one.

Others followed, some insinuating the same punishment, while others cried foul at the manner in which I had blamed Salim Khan for supporting his son.

"It’s the job of a father to protect his family – and Salim sahib has apologised on his behalf. You are a frustrated woman looking for attention and don’t understand what Salman meant. Rape is just a word. Like saying f*ck. Think you need one.”

As I cringed at the tone of the texts, I was painfully transported to almost the exact same time last year, when a casual status message condemning Salman Khan and his family, and questioning the Indian judicial system, for his easy acquittal had boomeranged into a horror story for me.

As my Facebook post on Salman Khan, which began to be circulated online as an open letter went viral, fans of the star threatened me with physical abuse. Nothing was spared. My parents. My profile pictures. My albums. My family. My novels. My breasts. My hair. My weight. They threatened me with “rape” and called me “ran*i”.

They wanted to frighten me, and remind me that I belong to the "weaker sex" by saying, “WTF, kick her ass and strip her naked”, “Ur born after ur mom got fuc*ed by a slum dog, you motherfuc*er,” “chudail kutiya, sex ki bhukhi single aurat” and “will rape you bitch" were some of the threats.

What made the threat more menacing was that I'd discovered in less than 48 hours that I couldn't log on to Facebook.

It was like my worst fears had come true.

As I tried a hundred times in vain, I was told to verify my identity, by producing a government of India validated documentation that I was Sreemoyee!

What was ironic in the situation was that while I was being attacked, a faceless fanatical mob on the internet had “reported” my account to Facebook officials on grounds of nudity, claiming that mine was a fake account, probably to coerce me into backing off from slamming Salman Khan.

Not once did the star put out a statement, asking his fans not to harass women online.

It proved a Herculean task to get myself on Facebook again - after exchanging mails with the head of Facebook India. But even "well-wishers" asked me why I had to be vocal.

And so, even though I managed to get my account reactivated, and reset the privacy settings, I was not once told why my account had been deactivated.

I began to stay away from Facebook. It took me weeks to process the insult as I tried to work with a cyber crime lawyer.All this made me realise that Salman Khan's fans had succeeded in making me undergo what a rape victim goes through. The painful persecution was excruciating.

I ask myself as I write this – why does a woman’s humiliation lend to cheap entertainment, a voyeuristic thrill, the sorts we feel when a heroine gyrates before a lustful villain, or is coerced into kissing the bad guy in college; when Sunny Leone heaves suggestively in a vulgar item number that later becomes a youth anthem – played out in every discotheque and dance competition?

Is there something pleasurable about violence against women that makes it a ritual in this land that worships the Mother Goddess?

I feel even more disturbed at the way women like Pooja Bedi and Madhu Kishwar are coming out in support of Salman.

“Salman’s intention was to use the term rape to describe something that shatters someone physically and emotionally, is it wrong?” tweeted Pooja Bedi, while Kishwar tweeted, “Such expressions are commonly used by women.”

Is this the real reason patriarchy survives and is strengthened in our nation on a daily basis? Do mothers teach their daughters to stick it out in abusive marriages because compromise and adjustment is key to a happy relationship?

Salman Khan is probably just a manifestation - a symptom of a much larger and deeper malaise. A rot reared by society and protected by parents, like Salim Khan who defend their progeny and babble about forgiveness, quoting religious scriptures to gain fake sympathy from a hero-worshipping, misogynist people.

Post your comment
#Rape, #Sexual violence, #Salman Khan
The views and opinions expressed in this article are those of the authors and do not necessarily reflect the official policy or position of DailyO.in or the India Today Group. The writers are solely responsible for any claims arising out of the contents of this article.