Why spirituality does not need religion

It is important to remind ourselves time and again of the inherent sanctity of human life and the glue that binds us all together.

Wise men often speak of the elusive present, a fleeting shard of time which disappears the moment one attempts to pin it down. It is what mystics down the ages have attempted to articulate, sometimes with words, and often without them.

Isn't it an oxymoron to arrive at the non-conceptual state described by seers through the aid of concepts?

Zen Buddhists use Koans to express the inexpressible. For example, "What is the sound of one hand clapping? It is a rhetorical question, meant to evoke a moment of Satorior momentary realisation, when one has the experience of the 'NOW' between thoughts which the statement evokes."

"I wonder at this You and I

You are all there is

And I am all annihilated.

There is an I

The Buddha discouraged debates around the notion of a "Self" or Atman, not because he did not believe in it, but because he knew only too well the futility of using concepts to arrive at a non-conceptual state. Above all he stressed the importance of arriving at a personal understanding of reality; verifying truth for oneself rather than depending on textual authority or what someone may have written down a 1,000 years ago.

So while it is useful to refer to religious texts out of intellectual curiosity, the proof of the pudding is always in the eating - and the map should not be mistaken with the territory. 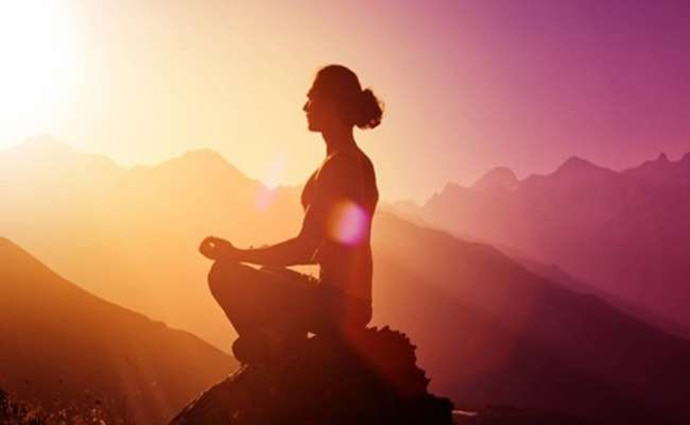 The profound wisdom imparted to us by the seers of India can be a catalyst for personal transformation but can also be used for spiritual bypassing.

A Bodhisattva performs his or her Sadhana - spiritual practice - in challenging environments like war zones, brothels and leper colonies, understanding that the dualities of pain and pleasure, aversion and craving, the "sacred" and the "profane" are mere constructsthat must be dissolved in order to arrive at the truth.

Bypassing painful truths and the reality of the human condition or grasping at transient or illusory pleasures both eventually lead to unhappiness and dissatisfaction.

Humans grasp at hedonism and religion for exactly the same reasons - to attain momentary relief or perhaps liberation from the pain of the human condition and to be told that all will be well if you follow this path, or follow this Guru or convert to Hinduism, Islam, Christianity or Scientology.

The revolution of the Buddha was inencouraging his fellow travellers to shedtheir personal histories and the accumulated baggage of tradition, seeing them as hindrances that would ultimately impede spiritual growth, and keep one trapped in the prison of craving and aversion, grudges and grievances.

As the saying goes, "If you see the Buddha on the road, kill him." There comes a point in the journey where even the Buddha becomes unnecessary and can be dispensed with.

He encouraged us to see reality for what it is and where we are: in the here and now. For example, if one is feeling down and out, crushed under the weight of one's problems, it is probably unhelpful to pick up a religious text or ruminate on abstract notions of "enlightenment" in the hope that it will alleviate the situation. On the contrary we are told to meditate on the unpleasant sensations, observe them clinically, meet them head on and stay with them for as long as they linger; without judgment, aversion or grasping.

When we do this long enough; watch the rising and falling of our mental tides and train ourselves to see them all as waves upon the surface of a vast ocean, equanimity and peace is possible. And more importantly, reconciliation with the present moment, not escaping or fantasising about the Shangri-La promised in the scriptures.

The profound wisdom imparted to us by the seers of India can be a catalyst for personal transformation but can also be used for spiritual bypassing - a term which refers to the use of spiritual practices and concepts as a denial mechanism - to avoid dealing with uncomfortable feelings, unresolved wounds, repressed traumas and fundamental emotional and psychological needs.

Case in point, "non-duality" - a term often bandied about in the new age community and by followers of Advaita Vedanta.

The teacher and author Jac O'Keefe writes: "The pointers of non-duality are of little use to the immature mind and, in most cases, have an adverse effect and actually delay spiritual maturation. It is essential to work from the level of consciousness at which one has stabilised. The hallmarks of an immature seeker include wanting to bypass the proper development of ego in order to avoid confronting the shadow aspects of the psyche and lacking the capacity to perceive one's own whereabouts on the progressive path. For example, on being told that 'you are God', or that 'there is nothing to do', or that 'you do not exist', etc., they grasp at these concepts and overlay them on unexamined, personal beliefs in separation."

While navigating the complicated and often messy world we inhabit, it is important to remind ourselves time and again of the inherent sanctity of human life and the glue that binds us all together. Let us remember these words by Maulana Shah Maghsoud, a 20th century Sufi mystic:

"We searched a while for the Divine

Within the depth of our illusions

Looking there to find His signs

Also read: How do we kill the cancer eating away at Hinduism?

#Hinduism, #Religion, #Spirituality
The views and opinions expressed in this article are those of the authors and do not necessarily reflect the official policy or position of DailyO.in or the India Today Group. The writers are solely responsible for any claims arising out of the contents of this article.