Decoding Virushka: What’s so magical about this ‘aggressive’ brand?

Yes, it’s a love story, but not written by Karan Johar. Anurag Kashyap probably wrote it.

Opinions vary. But you will find many on your side if you say that Virat Kohli ticks almost all the boxes of ‘hyper-aggro masculinity’. We are not sure about Anushka Sharma. But no doubt she represents the new woman brigade of Bollywood, who will not settle for anything less, who will not hide behind banality and say oh, the casting couch is a reality of all professions, etc.

So basically, Anushka Sharma is a woman who would call out a man like Virat Kohli.

But they are man and wife — their marriage is happy and kicking.

Meanwhile, as World Cup 2019 is in session, many people are missing Virushka. 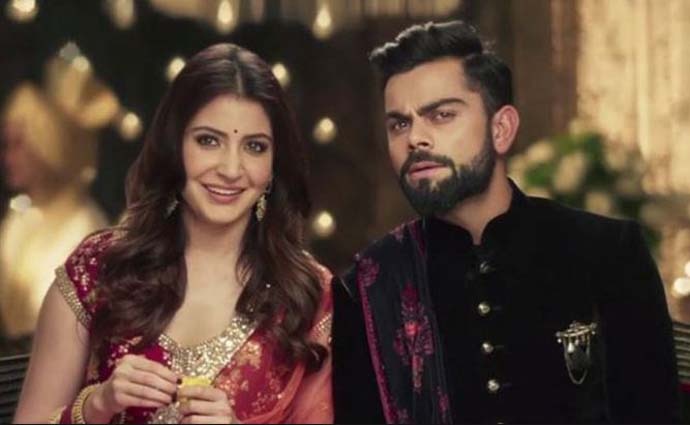 It’s time we unravelled the truth of Virushka. It’s not your everyday love story. It’s nothing like Ranveer-Deepika, Ranbir-Alia or Saif-Kareena.

It’s a brand ($200 million) which represents power (Bollywood plus cricket), clout, glamour, aggressiveness. The icing is love, support and togetherness.

So, if tomorrow, a video of Virat and Anushka abusing each other surfaces, we are sure it would only strengthen the brand. Their fans don’t expect Anushka to coo softly and get mansplained at by Virat. And the advertisement brands also know it — Anushka pulling a prank on Virat, Anushka sitting on a sofa poking Virat with her feet, etc. Nope, not your 'sweet, coy, traditional-type' couple brand experience.

And their love story, too, was anything but sweet and coy.

They met each other in a commercial shoot and became friends. Soon, they started being spotted at each others’ events. People started trolling Anushka for Virat’s poor performances. Meanwhile, they reportedly split. This is all speculation but one of Anushka’s bold photoshoots for the cover of a men’s magazine reportedly did not go down well with Virat (you get the hyper masculinity point?). Virat then reportedly wanted to go on a vacation with Anushka, which the latter declined as she was apparently concentrating on Sultan at that time.

How? Again, not like your everyday Bollywood couple — either silently or in Hrithik-Kangana-murky style. They unfollowed each other on social media platforms; didn’t speak a word to the media and moved on with their respective lives. The message was clear: Wateva! (with an eye roll). Aggression is what works wonders for brand Virushka. (Photo: DailyO)

It was Virat who, on one occasion, shut down trolls thanking Anushka for leaving Virat as Virat’s performance seemingly improved. (He had to be the knight in shining armour). This was believed to be a thaw in the coolness and things soon improved — the couple were again in a relationship and then got married in 2017.

So, apart from their wedding, honeymoon and vacation locations, nothing is traditionally 'filmi' in their love story.

If it were a movie, we are sure Anurag Kashyap would write and direct it.

The aggression just works for them. They pick up a fight with a litterer and draw flak, they rile other cricketers, their wives — but they are together in all of it.

The brand would lose its magic the moment they stop fighting. Keep at it, Virushka!