5 desserts that bring me joy

My obsession with desserts goes way beyond red velvet cupcakes that everyone in Delhi and their neighbour seem to baking these days. Bright coloured, artificial tasting icing and polka dot wrappers included.

It goes beyond the fondant cakes topped with awkwardly shaped, exorbitantly priced gum paste figures that have flooded my Instagram feed. No amount of slickly produced Buzzfeed Tasty videos that always end with glisteningly tempered chocolate bursting out of a perfectly baked bite are enough.

The dessert monster inside me is always thinking of, if not eating (I'm trying to stick to my fitness goals this year) that simple, unadulterated sweet taste that makes it seem like life is perfect. Any day that I get to eat dessert is like a celebration.

And on the rare occasions that I am forced to share my sweet treats, I'm as unsettled as Rumi trying to find meaning in unrequited love. So here are, in random order, the greatest loves of my life.

I still remember the first time I was introduced to this wonder, in the first few weeks of getting admission to LSR. I was trying to figure out who to hang out with, who my “friends” would be, when one of the girls suggested that we go and grab a quick bite between classes at Big Chill. 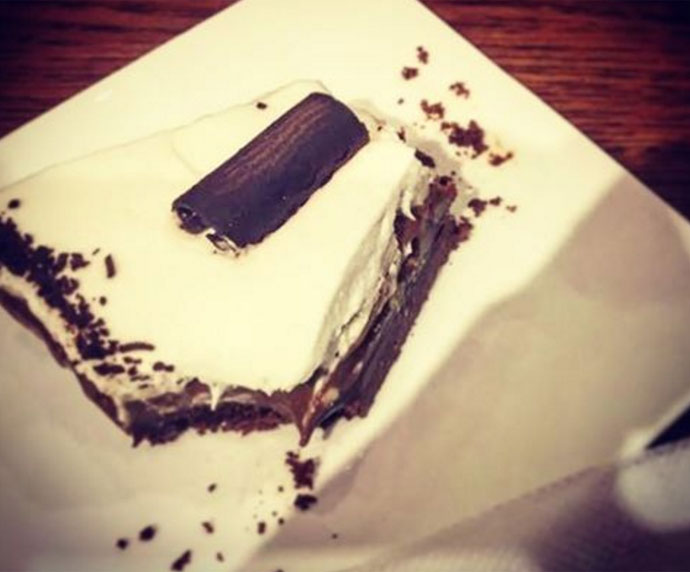 Back then, The Big Chill Cafe was a little known establishment in East of Kailash. There used to be no 25-minute waiting and no hassle in finding parking. The menu was a few pages short of the ginormous thing it is now. But the dessert section was exhaustive. My bewildered mind wanted something sweet but couldn't decide what.

So the girl who had taken us all there suggested I order the Banoffee pie. It had me at first bite. The lighter than air, mildly sweet whipped cream that melted into tasty toffee, along with chilled bananas and thin biscuit crust had me licking my plate clean.

Almost a decade later, the girl who introduced me to it is one of my best friends. And our quarterly college gang re-unions always end with Banoffee at Big Chill. Oreo Shakes and Mississippi mud pies have come and gone, but I remain faithful to my first at Big Chill.

Firstly, it's pronounced exactly how it's written. Not macaroons. They are those horrible coconut cookies. I must admit though that my love affair with macarons started not so long ago.

Just around the time they were becoming all the rage in India, a friend of mine got me a beautiful present from his trip to Paris. No it wasn't Chanel.

It was a light green box with silver hearts that had the most delicious macarons I've ever tasted. The box was from Laduree, that's been making macarons since 1862. A nine-hour flight, an overnight stay in sizzling Delhi had done nothing to take their prettiness away. The assorted macarons looked like sparkling gems in a jewellery box and tasted absolutely divine.

There was even one that was pepper flavoured! That one box was enough for me to go hunting for macarons all over the capital. I found them at a French patisserie in Khan Market but was left deeply disappointed. The ones in Delhi tasted nothing like the ones from Laduree.

All I had for years, was that one memory. But as they say, if you wish for something with your heart, the entire universe conspires to make that wish come true, I was re-united with my love on a recent trip to Paris.

Long walks and queues weren't enough to hold me back. Eating chocolate macaron while walking the streets of Paris was like being with my soulmate.

But there's this new dessert that has me lusting after it. It's different, it's flashy and not too many people have tried it yet. They are called crones are they are making me want to cheat on my macarons them.

They are supposed to be the latest trend in desserts and are deviously tempting macaron ice cream sandwiches. From plain strawberry to cookie dough ice cream, there is no limit to what you can sandwich between the macaroons. Just imagine the deliciousness! I'm yet to try them, but just looking at their pictures and reading about them is enough to give me a sugar rush.

Then there is the pure sensory pleasure of cutting into a chocolate truffle cake, with the knife coming out coated with a dangerous layer of ganache. I'm not talking about those typical Delhi girl type overly made up, dense chocolate cakes. I'm talking about the moist chocolate sponge layered with not too sweet ganache that just slides off your tongue.

It's my quick fix for a bad day. Radisson's The Chocolate Box, that makes the one of best chocolate truffles I've tasted, is just a stone's throw away from work is an absolute godsend for all the times I feel like I'm going under. But it's not just for the bad days.

Cutting up a piece of cake after dinner and taking it to bed with a book on a winter night is stuff that my dreams and my gym trainer's nightmares are made of.

Lest you think that I only savour foreign imports and turn up my nose on desi mithai, there is nothing in this world that can come between me and my laddoo. No, not that laddoo that you may have heard girls in the Delhi Metro affectionately call their boyfriends, or what Karan Johar nicknamed Hrithik Roshan in Kabhie Khushi, Kabhie Gham or even that molecular concoction that gourmet chefs are fashioning into cheesecakes. 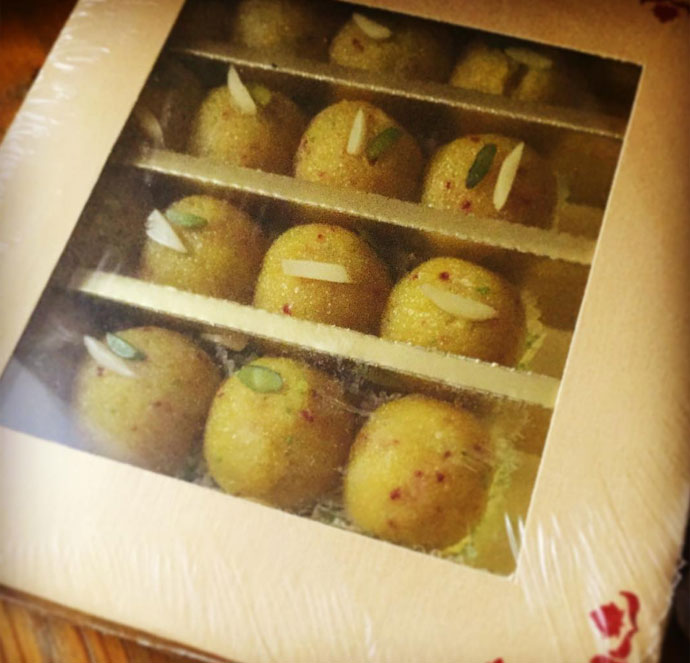 During my cousin's wedding, I was constantly hovering around the part of the kitchen where boxes of boondi laddoo were stacked. It's what I pray for while opening shiny boxes that were delivered as Diwali presents, and when there is no festival or wedding in sight, pester my mother (who is forever asking me to watch my weight) to buy at least half kilo on her way back from work.

With all its traditional and familiar associations, the joy of licking my fingers after gulping down a gooey laddoo makes me feel truly complete.