Why Rahul Gandhi cannot peg the 1984 anti-Sikh riots on Hindus, RSS or the BJP

The Congress couldn't pin the killings of thousands of innocents on anyone back then and it surely cannot blame anyone else in 2018.

Time, they say, tends to heal all wounds but there are some wounds that refuse to heal. Not for the reason that they were untended or neglected but wounds that tend to be of some political injustice are often not allowed to heal by the ones who inflict them and are left open to make fresh at some later time.

The wounds of the 1984 Sikh genocide that took place in Delhi, following the killing of India's then-Prime Minister Indira Gandhi, continue to remain open till date and despite three decades having passed since, the trauma that the community faced continues to persist as no justice has been served.

Some people were happy to get an apology from PM Manmohan Singh in 2005 as he sought to assuage the sentiments of the Sikh community - but the present Congress President Rahul Gandhi's recent statements that the Congress was not involved in the 1984 anti-Sikh riots has undone whatever little the former PM's statement had achieved.

While both sides of the political spectrum as well as the public at large would react in an expected manner, namely the Congress defending Rahul Gandhi and the others reliving the horrors of 1984 that befell on their own kith and kin or the people they knew, the bigger point that needs to be taken note of is entirely different.

There is a sense of callousness with which Rahul Gandhi has tried to absolve his party's sins. There are far too many eyewitnesses that more than hint at the involvement of Congress leaders but in an attempt to distance his party leadership, has the Congress President somewhere concocted an alternate narrative that 1984 was not a Sikh pogrom but a communal riot, and therefore, the Sikh community suffered at the hands of the majority (read Hindus)? Isn’t it such whitewashing that led to the rise of militancy in Punjab in the mid-1980s? The wounds continued to be gaping holes within the hearts of the Sikh community in the years after 1984 and soon enough, witnessed the rise of militancy merged into the Khalistan movement. 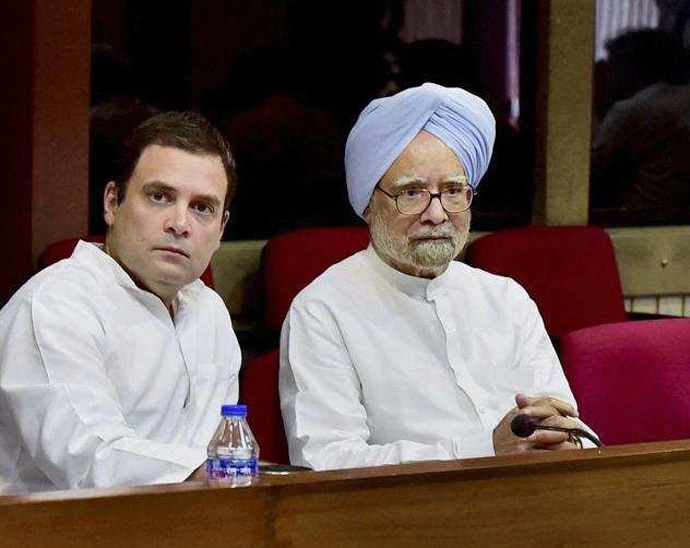 This has been stoked by people with vested political interests both within India and from outside by constantly reminding the Sikhs that they were targeted as a community. It's not hidden knowledge that Pakistan's ISI had been fuelling the Khalistan Movement against India since the 1970s. Dr Subramanian Swamy has gone on record to say that it was the erstwhile USSR that reportedly pushed for Operation Bluestar, which, in their calculations, would pave the path for a demand for Khalistan. This history and the statements, such as the one reportedly made by Rahul Gandhi, could possibly inflame the community to demand long-denied justice in some form.

The incumbent government has begun to crack down on secessionist movements across India, including Kashmir and on Naxals, where it seems the people who truly have any stake are tired and even surrendering to the police. In such times, the only way one could look at threatening internal security is by fanning the Khalistan movement, which is largely an online thing with no local support or patronage. The attempt to radicalise the youth, where nearly 65% are under the age of 30 or, in others words, were not even born when the 1984 massacre happened might be largely unfolding on social media. But, on the ground, is it following the route that saw the influx of drugs from Pakistan into Punjab? Is the money that flowed in also being used to put sleeper cells and insurgents in place so that when the time comes, 'Khalistan' would appear to be a local people's movement? 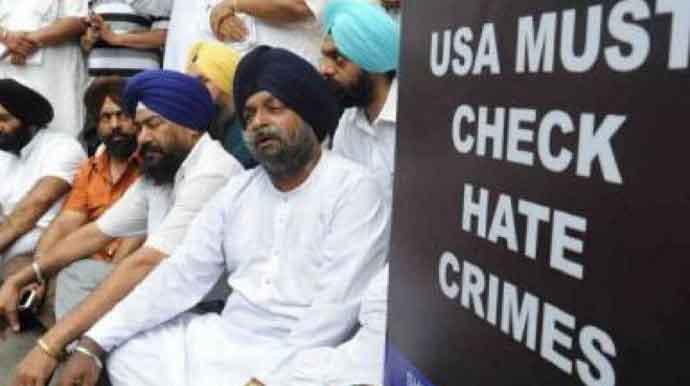 Members of the Sikh community have increasingly borne the brunt of hate crimes. (Photo credit: PTI)

Keeping the recent developments in mind where Sikhs are being targeted across the globe and placing it next to a seemingly hair-brained statement by the Congress President creates an unwanted concoction that in no way alleviates the pain of wounds that are far from healed. Professor Daniel Philpott notes that political injustice has six primary wounds and most stand true in the case of the Sikh community's trauma of 1984, two of them – the lack of acknowledgment of the suffering of victims, and the standing victory of the wrongdoer's political injustice – have added to the feeling of alienation.

In such a scenario, a thing as nonchalant as 'Sardar' jokes can cause great harm when it comes to online psyops or propaganda as, when an entire community that suffered mass murder is ridiculed and there is no justice in sight, emotions run high. 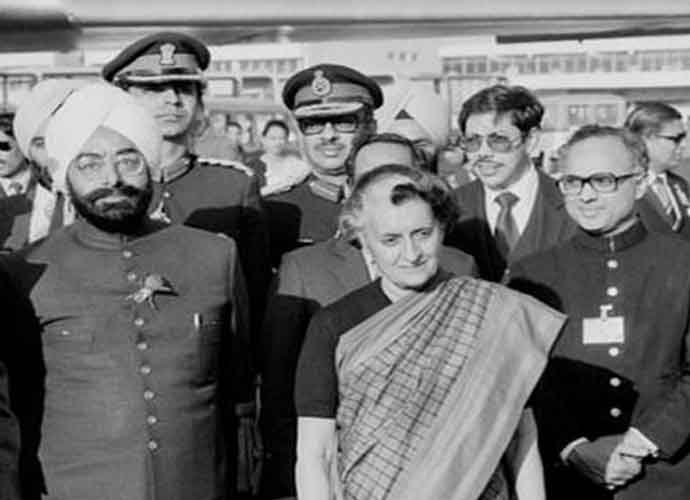 Neither the government nor us, the common people, can take the Khalistan movement lightly.

When plans to divide the nation on the basis of Hindus and Muslims face a dead end, the enemies of the state would look to create trouble between the Hindus and Sikhs. The Hindus, too, are incensed at the trouble that militancy caused in Punjab and while the Sikhs also suffered the perils of militancy, the anguish of 1984 has remained unresolved. Some would argue that 2002 also remains unresolved but when compared to 1984, the 2002 Gujarat riots have seen several hundred convictions while 1984 has seen 11 commissions, but very little has happened in terms of serving some real justice.

The actions of the Congress, while it has been in power, suggest its desire to shirk responsibility – in 1985, Ved Marwah, Additional Commissioner of Police, who was heading the Marwah Commission, appointed in November 1984 to look into the role of the police during the riots, was abruptly directed by the Home Ministry to not proceed further. The Misra Commission that succeeded the Marwah Commission was criticised as biased by the People's Union for Civil Liberties and Human Rights Watch that noted how the Justice Ranganath Misra-led commission "recommended no criminal prosecution of any individual, and it cleared all high-level officials of directing the pogroms", and concluded that "the allegations before the commission about the conduct of the police are more of indifference and negligence during the riots than of any wrongful overt act." Even lawyers such as HS Phoolka, well-known for spearheading the crusade to seek justice, could make little headway in the face of the opposition and their current shift to politics hasn't helped either. Forget justice not being served or being delayed, as of 2018, nearly 34 years later, the Supreme Court of India decided to form a three-member Special Investigation Team (SIT) of its own to probe 186 cases related to the 1984 anti-Sikh riots that were not further investigated by the Union Government.

In 2005, around the same time when PM Manmohan Singh apologised to the Sikh community, the late Khushwant Singh wrote a scathing indictment of Singh's government's apparently mala fide intent to hide the truth of 1984. While commenting on the findings of Justice GT Nanvati's inquiry report on the Sikh killings, Singh wrote that despite "broad hints about the involvement of Congress leaders like HKL Bhagat, Jagdish Tytler, Dharam Dass Shastri and Sajjan Kumar", he (Justice NT Nanavati) gives them the benefit of the doubt and suggests yet another inquiry commission to look into the charges against them. In the same piece, the late Khushwant Singh also mentions – It must be acknowledged that some leaders of the Sangh Parivar and the RSS, including AB Vajpayee, went out of their way to help the Sikhs. The Congress cannot peg the 1984 Sikh massacre on Hindus, the RSS and, least of all, the BJP. It couldn't pin the killings of thousands of innocents on anyone back then and it surely cannot blame anyone else in 2018.

As a Sikh, I cannot be convinced otherwise and there are millions like me who believe that the demand for Khalistan is but a secessionist movement that would not be entertained ever.

The question that the youth, not just the Sikh but each and every young Indian needs to ask when they hear such a clamour is – to what end?

Also read: Instead of dodging 1984, Congress should acknowledge the past

Post your comment
#Khalistan, #Indira Gandhi, #Rahul Gandhi, #1984 anti-Sikh riots
The views and opinions expressed in this article are those of the authors and do not necessarily reflect the official policy or position of DailyO.in or the India Today Group. The writers are solely responsible for any claims arising out of the contents of this article.