How BJP can easily storm back to power in 2019

The party enjoys an edge over the Opposition and with some deft steps can turn the tide completely in its favour.

Nobody can deny today that the Bharatiya Janata Party (BJP) is on the back foot having lost out badly to Opposition forces in the recently concluded by-elections and failing to form the government in Karnataka. Its problems have been compounded by the rising discontent among its allies such as Shiv Sena, JD(U) and Akali Dal.

While the news of BJP problems is being covered widely by the media, another aspect hogging media attention is why Opposition forces can't stick together for too long. The Congress has been seen trying hard to win friends and even agreeing to play the second fiddle in order to get regional parties on its side.

The evolving Congress-Bahujan Samaj Party relationship in Madhya Pradesh is particularly interesting because it is the grand old party trying to reach out to the BSP.

Does the coming together of Opposition forces, which together secured 69 per cent votes in the 2014 general elections, mean that all is lost for the BJP, which received only 31 per cent of the votes polled in the last general elections?

No, that is not the case.

BJP still has the edge and with some deft steps can turn the tide completely in its favour.

Here are my suggestions on how BJP can once again storm to power with Narendra Modi at its helm:

Instead of holding the general election in April-May 2019, BJP should hold the polls around October-November 2018. 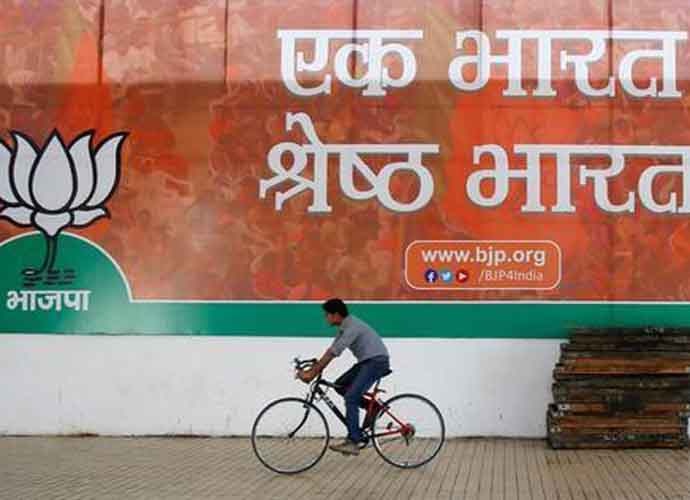 The party should club the national elections with as many as assembly elections as possible. This will deny Opposition party the time to iron out differences and come together against the BJP. This will also deny these parties the time to gather the necessary resources to give BJP a tough fight, especially, because they are still starved of resources post the demonetisation shock.

A victory in Lok Sabha polls and around 10 Assemblies will make BJP central to Indian politics for about a decade at least with Narendra Modi and Amit Shah being at the core of this force. Patching up with allies: Shiv Sena, Shiromani Akali Dal and Janata Dal (United)

BJP president Amit Shah has shown a marked shift in his approach to allies by showing a willingness to accommodate their aspirations, demands and expectations. BJP's three most important allies command significant clout in their respective states — the JD(U) in Bihar, Shiv Sena in Maharashtra and SAD in Punjab.

Look at the pros of the by-poll losses

The party leadership must convey to its workers that they should not feel demoralised due to the losses.

One, there is hardly any correlation between a party's performance in by-polls and that in Lok Sabha elections.

A major factor in BJP's loss in Phulpur and Gorakhpur was low voter turnout. While it is indicative of people's anger against the local government, the same anger may not hold when people vote in the national elections, which will be more of a verdict on Modi's governance. Modi's brand value may help offset BJP's by-poll losses at the national level.

The BJP is less likely to be complacent because of the recent political reverses.

Complacency can strike a fatal blow to a party's chances.

In 2003, the BJP had done exceedingly well in Madhya Pradesh, Rajasthan and Chhattisgarh elections. An elated Atal Bihari Vajpayee called for early elections. The rest is history.

If the Lok Sabha polls are advanced, BJP will quickly shed its complacency and get to work, while the Opposition will still be struggling to figure out a working formula.

BJP holds power either on its own or in alliance with others in 20 of India's 29 states. The last time a party enjoyed such a control was 25 years ago when in 1993, the Congress held 16 of (then) 26 states.

When Modi took oath as the prime minister in 2014, the BJP was in power in just seven states. Data shows when the elections are hyper-localised, the BJP has performed poorly but when the canvas has become bigger, the saffron unit has invariably had an advantage.

Today the ruling party has far stronger control over the election machinery, state police and central paramilitary forces, Intelligence Bureau and Central Bureau of Investigation. All this will go on to help the party gain an edge over its Opposition.

Usurping the electoral narrative and setting the campaign's tone

The BJP must reach out to the public with its own list of achievements made in the 48 months of its governance. Doing this at a time when the Opposition does not even have a common minimum programme ready will surely give BJP an edge.

Post your comment
#Congress, #Amit Shah, #Narendra Modi, #BJP
The views and opinions expressed in this article are those of the authors and do not necessarily reflect the official policy or position of DailyO.in or the India Today Group. The writers are solely responsible for any claims arising out of the contents of this article.