The Arvind Kejriwal government has tried hard but the way the system is drawn up, conflicts with the centre hold up development work. It is important to ensure Delhi finally has full administrative rights.

The healthcare system in India is in abysmal condition — even basic facilities are inaccessible to the poor. While the entire country suffers from the same state in the medical sector, the country’s capital is no exception.

However, in the past few years, an attempt has been underway to restructure the crumbling system.

To improve the condition of healthcare in the capital, the present Delhi government introduced mohalla clinics — an experiment which aims to provide check-ups and cures to basic illnesses. To reach out to each and every citizen of the capital, the aim is to construct 1000 such mohalla clinics. Around 190 of them have already been opened. The rest have been stalled since the Delhi government requires from the central government certain sanctions and land, not acquired since the last three years. This truly reflects the paralysis of democratic functioning in the capital of the world’s largest democracy.

Which democracy in the world has a system where an elected government is stripped of its powers to make and implement laws for its people?

India got its independence in 1947. It proclaimed itself a democracy, giving citizens the right to choose their governments. The elected governments are responsible to work for the people and represent their interests.

But the case of the capital city is somewhat different. Here, powers are not bestowed to the elected government, but to the Prime Minister.

Delhi Police, unfortunately, comes under the Home Ministry and can't handle the issues related to Delhiites.Full Statehood will guarantee safety and security of the people in Delhi.This 12th May, Delhi will raise it's voice. @AamAadmiParty @ArvindKejriwal pic.twitter.com/yLsyoxH6mV

The incumbent Prime Minister, Narendra Modi, apparently hasn’t been able to find time for Delhi. He has also not set up any mechanism to address and solve the problems of the people of Delhi. The fact that Delhi does not have full statehood leaves the future of two crore residents of the state at the mercy of the central government.

However, this isn’t the first time that a question on the statehood of Delhi is being raised. The demand for Delhi’s statehood has been proposed time and again. Even before the birth of the Aam Aadmi Party (AAP), both the national parties — the BJP and Congress — had promised to grant full statehood to Delhi. Highlighting it again: The demand for Delhi’s statehood has been proposed time and again. (Source: PTI)

But it has always been argued that since Delhi is the national capital of India, such statehood cannot be established. There are foreign embassies here; there are federal buildings, defence related departments; there is Parliament House; the residences of the Prime Minister and the central ministers are here.

So there is a high security zone because of which Delhi is not given state autonomy. This has been the prime argument against granting Delhi its statehood.

However, if we analyse the different functioning structures adopted by different countries throughout the world to govern their capitals, we realise that the above criticism does not stand on solid grounds. For example, Berlin, the capital of Germany, is governed by a local government called the Senate of Berlin — the Senate controls the police, and all forms of appointments transfers and dismissals in the public service are also carried out by the Senate.

Britain’s capital London has a local government called Greater London Authority. It is headed by a mayor who is elected by the people. The mayor has authority over housing, transport planning, highways and other things. But, most importantly, he has control over the Metropolitan Police which, among other things, is also responsible for counter-terrorism and protection of the foyal family. The Metropolitan Police reports to the Queen and the Centre’s Home Office — but it is answerable to the mayor for policing and crime in the capital. 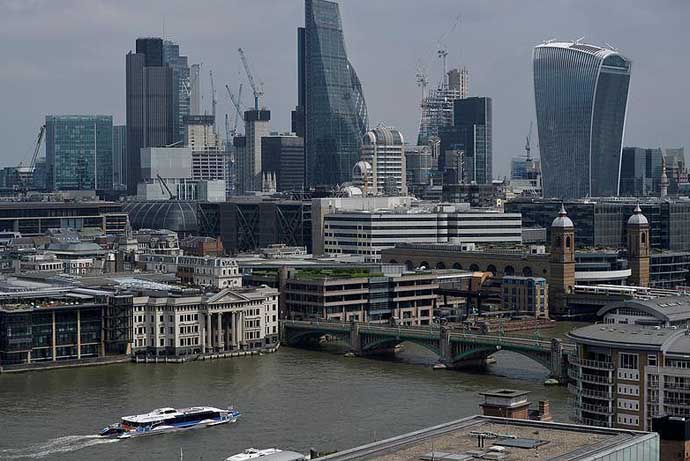 Russia, which is considered one of the most centralised systems, is also more liberal towards its capital than India. The people of Moscow are represented by their regional parliament called the Moscow City Duma. The mayor's office administers all city services, public property, police and fire protection, most public agencies and enforces all city and state laws within Moscow. The government of Moscow includes a deputy mayor for Economic Policy and Property and Land Relations.

The Moscow Police Commissioner is answerable to both the Central Ministry of Internal Affairs and the City Duma, but the decision regarding his appointment and his removal rests with the city mayor.

Currently, there are over two crore people residing in the capital. They have been demanding quality schools, hospitals, drinking water, decent roads and safety for women. It seems the incumbent Delhi government is quite willing to move ahead on these issues. But the problem lies with the fact that all powers of administration rest with the central government. If a small kid from an underprivileged family does not get access to decent schooling or if a poor man dies because of lack of access to medical facilities, who should be blamed?

The demand for full statehood for Delhi thus becomes not just a question for Indian democracy, but for human conscience.

Also read: Priyanka Chaturvedi: 'Congress speaks of ideological change. But it uses Raj Thackeray for its cause. Doesn’t it show lack of leadership in Maharashtra?'

Post your comment
#Mohalla clinics, #Arvind Kejriwal, #Delhi statehood demand, #Aam Aadmi Party
The views and opinions expressed in this article are those of the authors and do not necessarily reflect the official policy or position of DailyO.in or the India Today Group. The writers are solely responsible for any claims arising out of the contents of this article.

Author is a member of the Aam Aadmi Party