Karan Johar, you have sold the nation

What’s the point of having influence and money if you get bullied by an outfit like MNS?

When I read that Karan Johar has finally responded to the MNS threat of vandalism over Ae Dil Hai Mushkil, I clicked on the link with enthusiasm. Even though he makes these silly larger-than-life movies, I like KJo, the person.

He’s well spoken, witty, dresses nattily and, together with people like SRK, represents the Bollywood bratpack who say it like it is, cause offence if need be, and then win everyone over again with blockbuster performances.

Clever, young(ish), digitally savvy, rich, taking India to the world stage, these people are the liberal faces in the world of glamour and flash – a world that has serious influence on citizens and how they think. The flailing liberal cause in this country needs Karan Johar, even though there’s too much gel in his hair.

This is why I was paralysed with horror at his statement – and it took me a few days to pen down my reaction.

Karan Johar, you are a disappointment. It is easy to target one individual, I can hear you say, the one who stands to lose hard cash and hard work, but when you rise to the top of your field, become an icon of your industry, when the stakes are big and there’s a lot to lose, that’s when sticking to your stand counts.

Your liberal mask has fallen. Even if we were to believe your ridiculously hollow statement: “Nothing else matters to me but the country”, stop and think: what will your disgusting compromise do to this beloved country of yours?

When today you agree to be bullied by MNS (of all the lame, powerless, jokers in the world) did you not realise that tomorrow stronger lobbies will try to bully more and more people about how and with whom they can work?

Today it is Pakistan, tomorrow it will be Mizoram. The day after MNS will ask all Biharis to be banned from working in your precious crew, yes, the one for whom you sacrificed your liberal stance, not for money of course.

Why did you not give the state machinery a chance? You acted on threats and negotiated with the goonda, displaying your nationalism for all to see. Why did you not demand that the Maharashtra CM act with more responsibility? 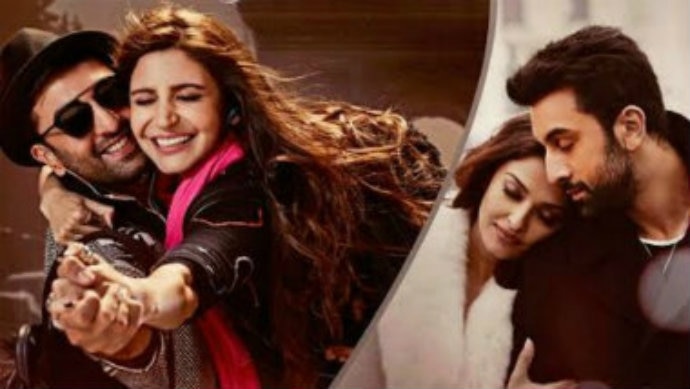 Did you not think of smaller players in your industry?

If the government failed to protect your interests based on MNS’s anti-intellectual and illiberal threats, you could have given us a chance to vote them out. These battles are not won overnight.

What is the price of freedom? If a moneyed and influential person like you, Karan Johar, is not ready to pay the price of one bust movie, three damaged theatres, then why even pretend to care?

If your liberal make-up washes out with even the threat of rain, I suggest you change your brand, because the face that has been revealed once the colour has gone… it is embarrassing.

There have been many cynical voices saying the whole ADHM controversy is for everyone to make money – I have written before about these mysterious controversies just before the release of movies, and how film PR machinery is out to sell the country – but this time one doesn’t even need to go there. The plain facts are so appalling that the rumours have no role to play.

I try to stay away from the word shame but that someone like Karan Johar will stand up and say he will not work with Pakistani actors in the future is truly shameful. Did you not think of smaller players in your industry?

Who will give them voice? Who will protect their future interests? Did you take into account their future projects which may now fold up prematurely because their more influential colleagues compromised on artistic integrity for the sake of a few bucks?

Bollywood – I mean you and the few people who can influence these decisions – has paved the way for more nonsense in the name of nationalism. If tomorrow all Muslims are banned from Bollywood: You are responsible.

I’d rather take a Raj Thackeray, a known thug who never surprises me, than a Karan Johar whose trademark cutting witticisms were replaced by cringe-worthy, empty, grovelling words, pandering to the louts and thugs in our country.

The two countries will return to a more stable hostility and MNS will retreat to the black hole it belongs to, and I can only hope that your duplicitous action does not lead to dire consequences for the shrinking liberal space in this country.

But let your movie’s eventual success not let you forget this: when the liberal movement needed you, you deserted us. Today you stand alone as a deal broker who, when it came to fighting for national pride, was found shitting bricks of gold and then scurrying away with them.

Also read: First they came for Bollywood, then they will come for you

Post your comment
#MNS, #Karan Johar, #Ae Dil Hai Mushkil
The views and opinions expressed in this article are those of the authors and do not necessarily reflect the official policy or position of DailyO.in or the India Today Group. The writers are solely responsible for any claims arising out of the contents of this article.