How one man held Bollywood and politicians to ransom

There are many disturbing aspects of the Karan Johar episode, not least the state blessing a deal based on abuse of the Army's name.

Bollywood is among the largest film industries in the world, both in terms of number of films produced as well as people employed. Its influence transcends India's border's and extends from as far as West Asia to Russia to China. And Karan Johar is among the top producers and directors of this industry.

He has millions of fans whose heart he won through his movies. But none of this was enough when a man who leads a party with just one MLA - Raj Thackeray - came after Johar for casting Pakistani actor Fawad Khan in his upcoming movies Ae Dil Hai Mushkil.

One of Bollywood most powerful producer's had to call for truce and agree to Thackeray's terms of giving Rs 5 crore to an Army fund for casting the Pakistani actor.

More shockingly, none less than Maharashtra CM Devendra Fadnavis brokered this deal. There are many disturbing aspects of the whole episode, not least the state blessing a deal based on abuse of the Army's name.

So how is that a leader whose party has negligible electoral presence and should by all parameters be inconsequential, gets to dictate terms to Bollywood?

If the public really craved all the regressive values that Thackeray represents, they would have brought him to power. But they resoundingly defeated him. In fact, his party MNS was reduced to a single MLA.

So when today Thackeray attempts to decide what people should or shouldn't do, he insults the mandate of the people and tries to usurp power that legitimately lies with representatives who are elected to control state institutions.

Actually this hooliganism is a way of remaining in public attention by hook or crook. It's a low risk game for Thackeray. He knows that those who dislike his illiberal atitude are in any case not going to vote for him, but by garnering headlines by his party's hooliganism for illiberal causes, he gets a shot at getting the conservative and illiberal section's vote.

The Thackeray brand of politics also flourishes by creating an impression that they are above the law. This gives them an aura of being all powerful that helps attract anti-social elements who get shelter in Thackeray's politics to indulge in hooliganism. This provides the MNS with muscle power. Also this impression of being above the law is actually appreciated by many among the underclasses.

Thus an undemocratic urge to usurp state power to stay relevant and pander to illiberal voters explains why Thackeray, a cynical politician, does what he does, in complete disregard of people's verdict and rule of law. 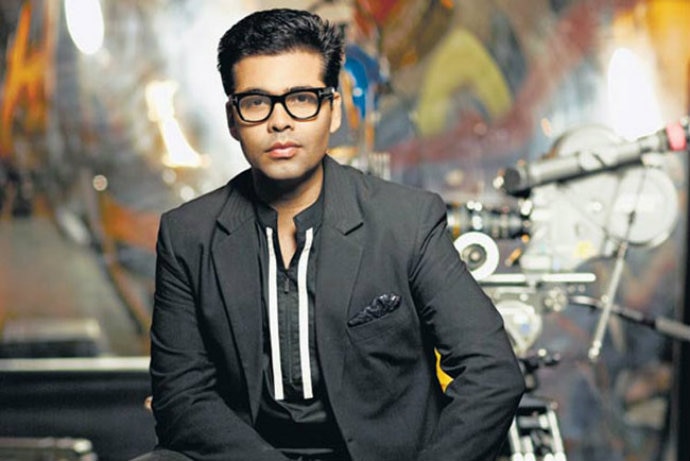 Karan Johar is among the top producers and directors of Bollywood. (Photo credit: India Today)

While the motivation of Thackeray is understandable, what stumps is how did he succeed in bullying filmmakers and other citizens? Why does Thackeray not fear the state?

The prime reason why a leader of a party with only one MLA succeeds in bullying is that the state deserts its citizens to such bullies.

Often, as is the case now,  the ruling party itself is complicit in stroking the illiberal atitude (be it communal bigotry, religious sentiments, regionalism or jingoism) and so has no incentive to come down heavily on Thackeray, who does the ruling party's bidding.

No wonder in this instance, Fadnavis himself blessed a deal that smells like state-sponsored extortion. The state's authority was sacrificed because a craven and opportunistic political leadership was too focused on garnering the "nationalistic" votes to care about the state's long-term standing.

All that mattered to Fadnavis was that he saw an opportunity to milk the nationalistic fervour for political gain and he grasped it without consideration about the immorality of his actions.

Even when the party in power is opposed to Thackeray's, timid politicians are afraid to be caught on the wrong side of emotive issues of region, nationalism or religion. They rather prefer to sit back and let their liberal constituents be disgusted with Thackeray's kind of hooliganism, than intervene and be caught in the crossfire.

The Thackerays are quite conscious of such cowardice and fully exploit it to create a reign of terror against filmmakers and other soft targets who, in the absence of state support, are left with little else than to surrender to whims and fancies.

The interesting thing is that on the rare occasion when the state does draw the line, Thackeray and company are left with egg on their face. This was on display when in 2010, the Shiv Sena tried to stop the release of Shah Rukh Khan's film My Name Is Khan.

Then chief minister Ashok Chavan came out strongly against the Sena's bullying. He not only ensured full security for the movie, and in a strong signal even attended its first show, but also threatened to withdraw Sena leaders' security if they didn't behave.

The threat worked, the movie ran full shows with the Sena being left isolated with even its then ally BJP deserting it. Thus, Chavan's courageous position paid rich dividend but sadly such courage is rare.

In the absence of state support, Indian filmmakers become much vulnerable to the bullying of Thackeray and the likes, so his success in holding the film industry to ransom is in no small part due to the timidity of filmmakers.

Instead of standing for free speech, they are often guided by commercial considerations. Like in this case, they don't mind bowing to the bullies' demand, especially when the controversy generated by the bully means free publicity for their films.

It's said that those who are not ready to sacrifice for freedom, don't deserve the freedom. By that standard, Bollywood has not much claim to freedom and is partly responsible for having become the favourite punching bag for people like Thackeray.

When Bollywood biggies don't submit, like when Shah Rukh Khan didn't give up on My Name Is Khan, they discover that courage is profitable too (My Name Is Khan was a flying success at the box office).

The general public's silence and forgiving atitude towards this hooliganism masquerading as politics is also why its practitioners get emboldened. We don't get insulted when these politicians tell us they will decide what you or I can watch.

If the public starts to punish governments for not protecting filmmakers and their freedom and the likes of Thackeray for their hooliganism, much of the incentive for such bullying would disappear.

In conclusion, the story of how the leader of a one-MLA party is able to make a mockery of law, is one of silence and timidity of the good strengthening the evil. It is also about the state abdicating responsibility.

India should no longer put up with this menace, and it's time we say enough is enough and prove to Thackeray and others like him that India can't be bent to their will.

Post your comment
#Raj Thackeray, #MNS, #Ae Dil Hai Mushkil
The views and opinions expressed in this article are those of the authors and do not necessarily reflect the official policy or position of DailyO.in or the India Today Group. The writers are solely responsible for any claims arising out of the contents of this article.