Where India and Pakistan fit in the great Afghanistan game

As the US once again revisits its policy options, New Delhi should be prepared to fight its own battles.

A day after US President Donald Trump’s decision to pull forces from Syria, and hours after the resignation of Secretary of Defense James Mattis, was made public, Washington announced its surprising plan to bring back 7,000 troops from Afghanistan.

With this reduction, nearly half of all US forces in Afghanistan will be brought back, slashing American military presence down to its lowest levels since 2002. This was not surprising, given Trump’s election campaign and his political base but the timing came as a shock to many in and outside the US. Republican Senator Lindsey Graham of South Carolina, who has at times supported Trump, has warned that “the conditions in Afghanistan — at the present moment — make American troop withdrawals a high-risk strategy. If we continue on our present course we are setting in motion the loss of all our gains and paving the way toward a second 9/11.”

That Trump was moving towards some sort of withdrawal from Afghanistan was clear when Zalmay Khalilzad was appointed as the US special representative for Afghanistan reconciliation in September. Khalilzad has been trying to resuscitate struggling peace talks and, just last week, an American delegation concluded three days of talks with the Taliban in Abu Dhabi.

But the announcement will undercut these talks precisely at a time when a message of resolve needed to go out from Washington. The Taliban had always demanded a complete withdrawal of the US forces from Afghanistan and the US seems to be giving in to this demand almost under duress.

It will embolden the Taliban and their backers and weaken the hand of the American negotiators significantly. The Taliban have little incentive to agree to any deal quickly. They can wait and watch especially now that Trump has underscored his desire to get out, irrespective of the cost.

Despite the US’ concerted air strikes against the Taliban, the Afghan government control seems to have fallen to a record low to 56 per cent of the country’s districts and that Afghan National Security Forces have had a rather high attrition rate. The US military’s support remains critical for them to hold on against the Taliban onslaught.

Political realignment in Afghanistan is also on the cards with Afghan President Ashraf Ghani, who has decided to contest presidential elections in April 2019, recently replacing two of the country's top security chiefs with staunch anti-Taliban and anti-Pakistan officials. The Afghan government has been equally surprised by US’ announcement.

In fact, Ghani had announced his peace plan in November with a five-year time frame, linking peace talks to his next potential presidential term. The Taliban have refused to deal directly with the government in Kabul, which it considers an illegitimate foreign-imposed regime. 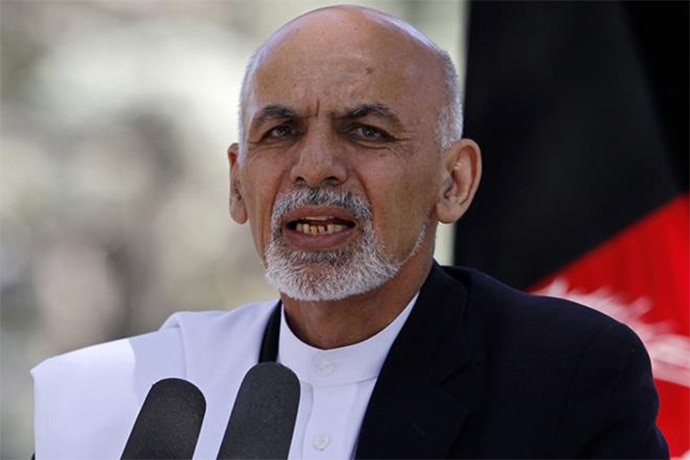 Political realignment in Afghanistan is also on cards. (Photo: Reuters)

Pakistan back in play

Given the geographical constraints facing the US supply lines, reliance on Pakistan has been a constant. But Trump had put Pakistan on notice by placing it alongside North Korea and Iran. And this year the Trump administration withheld around $800 million in aid to Pakistan. While outlining his South Asia strategy, Trump explicitly accused Islamabad of “often” giving “safe havens to agents of chaos, violence and terror.”

With the US clarifying its intention of leaving Afghanistan and desiring the return of the Taliban to the negotiating table, Pakistan’s backing for its proxies will intensify even as other regional players like Russia and Iran join in.

A gradual descent into a civil war is likely as various regional stakeholders try to reshape the battlefield in accordance with their own strategic priorities counting on US forces to eventually leave.

India has also been reassessing its Afghanistan policy for some time now. While New Delhi had welcomed Trump’s South Asia policy which gave India a prominent role, it was evident that Trump cannot be relied upon for the long haul. “We appreciate India’s important contributions to stability in Afghanistan, but India makes billions of dollars in trade with the US, and we want them to help us more with Afghanistan, especially in the area of economic assistance and development,” Trump had suggested, underlining India’s role in Afghanistan and the need to do much more.

However, in one of its recent reports, the US Department of Defence suggested that India is Afghanistan's most reliable regional partner and the largest contributor of development assistance in the region. India has also been reassessing its Afghanistan policy for some time now. (Photo: Reuters)

India to the rescue

India’s engagements with Russia and China on Afghanistan have also gained momentum over the last few months. As part of the “India-China plus” initiative, New Delhi and Beijing have identified Afghanistan as the country where the two nations would forge a partnership. Joint training of Afghan diplomats has already begun and joint infrastructure projects are being discussed. India is also engaged with Russia on the peace process though it continues to have its reservations.

Indian presence in Afghanistan has indeed been underwritten by American military presence in the country but New Delhi has been one of the most credible players in Afghanistan. Now, as the US once again revisits its policy options, India should be prepared to fight its own battles.

Also Read: Why the India-US nuclear deal is turning out to be a dud

Post your comment
#Troop reduction, #Donald Trump, #Pakistan, #India
The views and opinions expressed in this article are those of the authors and do not necessarily reflect the official policy or position of DailyO.in or the India Today Group. The writers are solely responsible for any claims arising out of the contents of this article.